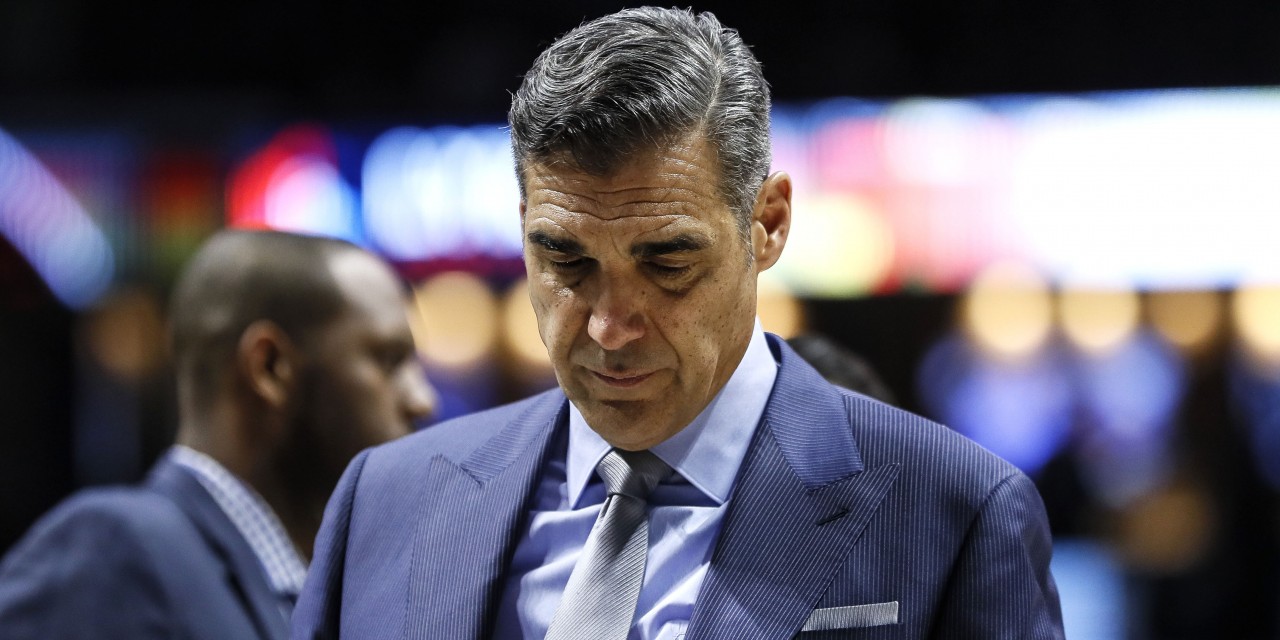 Several names like Jay Wright and Mark Jackson have been tied to the New York Knicks in their next head-coaching search. Here’s a rundown of the names and rumors.

When the New York Knicks dismissed head coach David Fizdale a quarter of the way through his second season with the franchise, it signaled the biennial coaching search, possibly America’s worst game show.

The sliver of a chance interim head coach Mike Miller loses the “interim” label and gets the full-time gig was evaporated with the changing of another Knicks front office, as longtime executive and team president Steve Mills was reassigned (not exactly fired, contrary to popular belief). With Mills out, general manager Scott Perry likely out, too, and CAA’s Leon Rose expected to take the President of Basketball Operations mantle, the next head coach will be …

… Any number of people! But it’s February and a few names are beginning to shape up, including former Knicks assistant Tom Thibodeau and his mentor Jeff Van Gundy, New York’s head coach during the 1999 NBA Finals. Other names include former Knicks first-round pick Mark Jackson, the Queens-native point guard who won Rookie of the Year in his hometown, and national champion men’s basketball coach at Villanova, Jay Wright.

Let’s go through the rumor mill on a few candidates.

Wright, 58, is the hottest name to be mentioned in the same breath as the open Knicks head-coaching position. The former head coach of local outfit Hofstra on Long Island, New York, Wright was mentioned by Forbes’ Adam Zagoria on Monday as a big target for New York.

SNY’s Ian Begley later reported that Wright would have to be “overwhelmed” by the Knicks’ pitch for the job, and The Athletic’s Dana O’Neil tweeted that a Wright-Knicks connection isn’t happening any time soon.

Let's quash this stuff before it gets started: source told me Jay Wright is not going anywhere. Not to the Knicks. Not to the Sixers. Not to Oz. His house is for sale. He's not.

The New York Post also backed up Wright rejecting an opportunity to man the sidelines at Madison Square Garden, and Wednesday saw a flurry of reports walking back the potential Wright-Knicks marriage (almost like there wasn’t much there to begin with, huh?).

Thibodeau has been away from the NBA for a year after the Minnesota Timberwolves canned the Connecticut native from both head coach and team president positions.

The 62-year-old former Coach of the Year with the Bulls has been tied to the Knicks for some time due to his time as an assistant under Jeff Van Gundy in New York in 1996–04. Thibodeau later joined Van Gundy in Houston and won a title on Doc Rivers’ staff in Boston before getting the Chicago gig and then working in a dual role with the Wolves.

The Post has been the most forward on the Knicks’ interest in Thibs, with Marc Berman on Tuesday reporting someone close to the coach said he “really wants” the job in New York and that incoming president Leon Rose has the defensive-minded general on his “short list.”

Additionally, Brian Windhorst on ESPN’s The Jump called the interest mutual, even saying there’s a “good chance” Thibs is a serious candidate for the Knicks.

Jackson, probably the most polarizing figure in the head coach search, is a St. John’s product and former point guard of the team, winning Rookie of the Year more than 30 years ago. After coaching the Warriors before Steve Kerr stepped in and won three titles with the dynasty crew, Jackson joined ESPN’s NBA broadcast crew as a color commentator.

Jackson, 54, was a candidate during the coaching search in 2018 that yielded David Fizdale. However, his candidacy this time around looks less credible, with a link to Rose existing, yes, but others appear to be in front of him.

Could a reunion with the former Knicks coach be in the works? A lot of this stems from “branding guru” Steve Stoute joining the team in some consulting capacity to re-brand the team. Since Stoute’s arrival as a…figure…within the Knicks’ organization, plenty of whispers have pointed towards reimagining the bygone ’90s, for better or worse. (For example, the Knicks want to make up with Charles Oakley, who had his suit against James Dolan and MSG thrown out in court today.)

Van Gundy has been away from coaching for awhile, although he helped Team USA last summer in preparation for the FIBA World Cup. He also appears to be walking further away from rumors linking him with his old team, even calling for patience for Miller’s tenure.

Lastly, Kevin Knox’s former collegiate coach John Calipari has been mentioned as a candidate due to his CAA connection with Rose. Calipari, a champion coach for the Kentucky Wildcats, has the strongest relationship with Rose and “Worldwide Wes,” William Wesley, who will apparently not have an official position in the Knicks’ front office.

Calipari also had the strongest denial to the open job, however. Over a week ago, Calipari outright said he wouldn’t coach, telling reporters in a media scrum he supports Rose and would help him.

John Calipari at his Friday presser on potentially being linked to Knicks job: "I've never heard anyone in 25 years say anything bad about Leon Rose. He's a gatherer, he's a culture-builder. I'd help him in any way I could being a resource. It just wouldn't be to coach."

That’s it from the heavy hitters “gathering” to be the next Knicks head coach, although there’s a very outside chance Mike Miller stays onboard. It’s far more likely Miller is involved in the organization in a different role, though, possibly staying on the bench as an assistant depending on who the next coach assembles for their staff.