Knicks in Sactown to Take on De’Aaron Fox, Kings 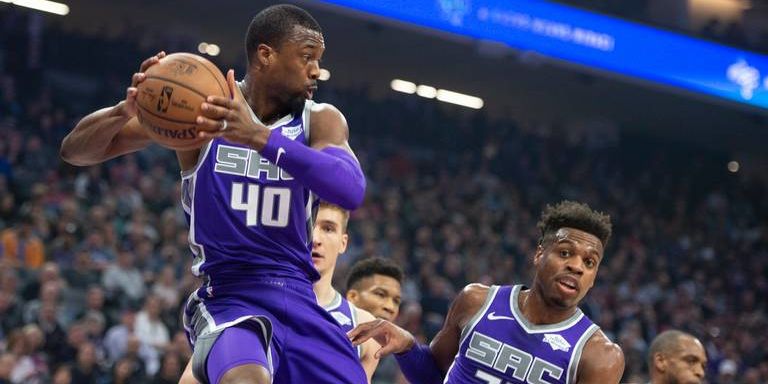 New York will have to quickly regroup and save face as the Knicks play the upstart Sacramento Kings on Monday evening.

A day after being publicly called out by their head coach, David Fizdale, the anemic New York Knicks (13-50) seek to redeem themselves against the De’Aaron Fox and the Sacramento Kings (31-31).

Coming off a game against the Los Angeles Clippers, the Knicks fell behind by as much as 38 points in just the second quarter. Landry Shamet, a piece in the Tobias Harris Sixers trade, torched the Knicks within minutes of the first quarter, hitting six shots from deep with little to no defensive pressure. From then on, New York looked rattled.

“They weren’t ready to play,” Fizdale said, adding that his team looked like they “were in mud.’’ Against the Kings, who are currently amidst a three-game losing streak, Fizdale hopes that the team stops with the excuses and comes out with a higher sense of urgency to win.

Sacramento was once in the playoff picture, an exciting team poised for years of success set up by superior drafting—looking at you, Scott Perry. Now three games behind the San Antonio Spurs, and just 4-6 in their last 10 games, the Kings hope to follow in the Clippers’ path and dominate the Knicks early on.

Mitchell Robinson continues to shine, now proving to possibly be a better draft pick than Kevin Knox, who has been in a significant slump dating back to before the All-Star break. To put it into perspective, Knox hasn’t shot above 45 percent from the floor since January 13th.

In its first contest of the season, Sacramento comes into tonight simply playing a more complete game than New York. Both very young teams, the game could swing either way, but the Kings now have several weapons—players—that are capable of doing damage against the 28th-ranked defense in the Knicks.

Sacramento will host New York at 10 p.m. ET. Here are a few players to keep an eye on tonight.

Okay, I don’t need to tell you to keep an eye on Lobinson. Big Mitch has been a monster. In the 10 games since the February 6th trade deadline, Robinson has posted 11.6 points, 9.1 rebounds (4.1 offensive, 5.0 defensive), and most notably, 3.6 blocks per game in just 23.5 minutes. To add to his outstanding play, he’s shooting 71.9 percent from the field—where all of his shots have been inside the paint.

Per @MSGNetworks, Mitchell Robinson has only taken ONE SHOT outside of the paint this season.

Perhaps having a mentor in DeAndre Jordan has upped his play. Jordan is a two-time All-Defensive First Team selection, two-time NBA rebounding leader, and All-Star, who was also mentored by Marcus Camby. That’s lots and lots of knowledge to pass along to another upside-laden big in Robinson.

Against the Kings, Robinson looks to continue his tremendous play. Facing off against Willie Cauley-Stein, he goes against another talented, young, athletic big who has a similar play style to his own.

If you’re a three-point shooter and going against the New York Knicks, chances are you could have a great game. De’Aaron Fox will grab the spotlight, and deservedly so. The Knicks will concave under his gravitational pull, opening up space for Bogdanovic along the perimeter.

Having a down-year from beyond the arc, Bogdanovic is averaging 14.8 points, while hoisting up 5.5 shots per game from deep. Hitting on just 33.6 percent of them, he’s not quite the same threat as his rookie season, when he hit a scorching 39.2 percent of threes. Still, the threat remains and the Knicks simply cannot defend along the perimeter.

Dennis Smith Jr. is coming off a poor game against the Los Angeles Clippers. De’Aaron Fox isn’t quite as good of a defender as Patrick Beverley, though, and Smith Jr. has to know that going into the game.

It’s borderline uncomfortable how DSJ looks shooting from beyond the arc. Teams have begun sagging off when he’s out there, and he’s not making them pay for it. Smith Jr. shot 29.3 percent from deep in February and hopes to at least pick that up in March.

De’Aaron Fox, meanwhile, is having a career year in his second season. Fox is electric, averaging 17.2 points, 7.3 assists, and 1.7 steals per game in 31.6 minutes of play. A southpaw, Fox is a floor general and tears apart opposing defenses over and over again. Mitchell Robinson may have fun tonight, but Dennis Smith Jr. will most likely be taken advantage of defensively, unfortunately.