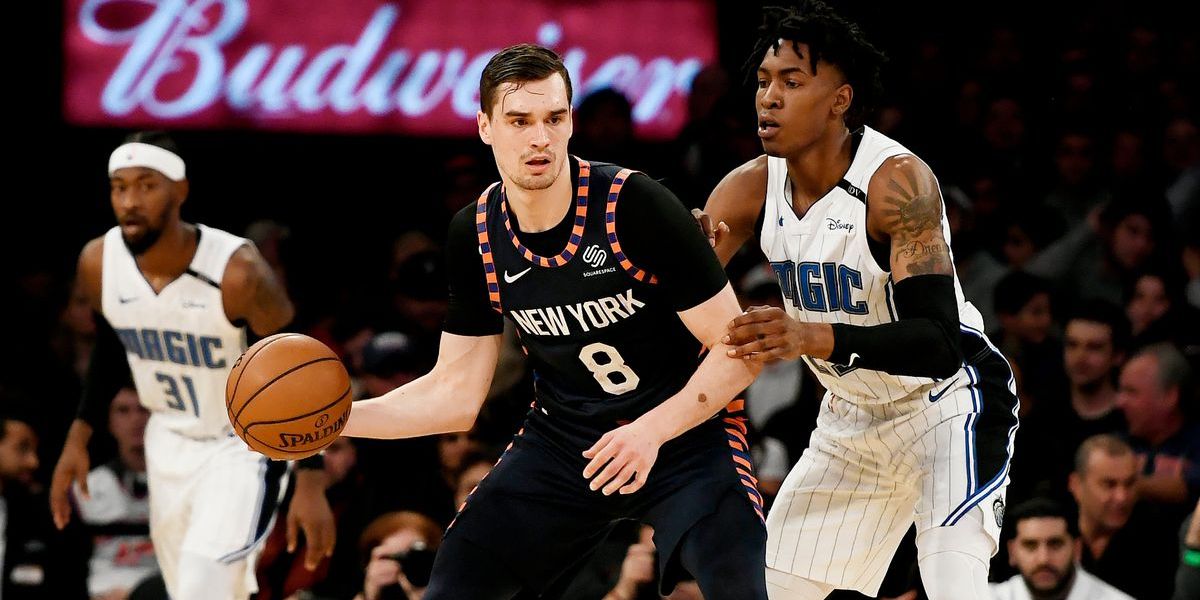 The Knicks hope to pull a win out of their hat and play spoiler as they look to thwart the Magic’s playoff chances as they travel to Orlando.

The Magic, much like the Knicks, have been a losing franchise for much of the last decade. This season, however, Orlando has been relevant for the first time in a while, and is finally playing meaningful games past the All-Star break.

Orlando (38-40) has overachieved this season under Coach Steve Clifford and finds itself only 0.5 games behind its in-state rival Miami Heat for the eighth seed in the Eastern Conference. With only a handful of games remaining, tonight’s matchup against the Knicks (15-62) is essentially a must-win for the Magic, as they look to make the playoffs for the first time since 2012.

The Magic are led by All-Star big man Nikola Vucevic, who is having a career year, averaging 20.6 points and 12 rebounds per game, per NBA Stats. Vucevic, who hits free agency this summer, has been excellent from behind the arc, shooting a career-best 36.4% from three. The seven-footer has dominated the Knicks in three previous matchups this year, averaging 25 points per game on a whopping 62.5% shooting the three ball.

Look for the Knicks to throw the equally tall Luke Kornet to check Vucevic and prevent him from killing New York offensively.

Aside from Vucevic, the Magic lack any real star power on the roster. The Knicks should focus on slowing down the big man and force middle-of-the-road players like Terrence Ross, Evan Fournier, and Aaron Gordon to beat them.

With both Mitchell Robinson and Kornet expected to get significant playing time tonight, the Knicks will boast two seven-footers down low. Robinson and Kornet will likely hold down the fort for the remainder of the season, and both have enjoyed tremendous success recently.

Mitch Rob has turned his game up to new levels recently, putting up a 21-rebound game last week and continuing his shot blocking spree. Kornet has bounced around from the G League to the NBA and posted a career-high 24 points Monday night against the Bulls—highlighted by this emphatic slam, which got the bench out of their seats quickly.

The Knicks’ bigs will have their hands full tonight against a very tall and long Magic team. At the beginning of the season, the Magic were the fourth-tallest team in the NBA, per NBA Stats, and have elite length on the roster in Vucevic, Gordon and Jonathan Isaac. All of these guys are talented athletes, making them a pain to defend and shoot over.

Look for the battle of the bigs to play a huge part in determining who wins tonight’s contest down at the Amway Center.

Another Knicks Call Up

Guard Billy Garrett has been called up from the Westchester Knicks, marking the 10th call-up the Knicks have made from their G League affiliate. We’ve seen many guys find success, like Kadeem Allen and Luke Kornet, while others, like Isaiah Hicks and John Jenkins, have proved less successful.

The 24-year-old Garrett gets his first shot in the NBA tonight and looks to make a name for himself in the final five games of the season. Garrett carried the DubKnicks when John Jenkins was called up and could be a nice contributor if he gets the chance to play tonight. At this point in the season, we have seen many former Westchester Knicks get opportunities, so why not BG3?

Tonight’s contest against Orlando is scheduled to tip off at 7:00 p.m ET.

»READ: Should they stay or go—Knicks free-agent reclamation projects

»READ: Knicks sign Billy Garrett for remainder of the season