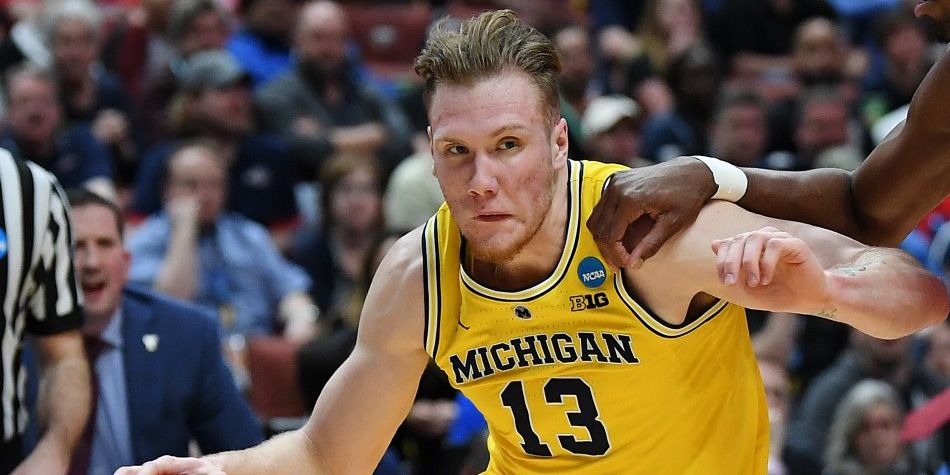 The Knicks moved up to select the Canadian-born scorer out of Michigan Ignas Brazdeikis in the second round of the draft.

With the 47th pick in the 2019 NBA Draft, the New York Knicks selected Ignas Brazdeikis out of the University of Michigan.

The Knicks possessed the 55th pick in the draft and completed a deal with the Sacramento Kings to move up eight spots. New York will send the 55th pick to Sacramento, per The Athletic’s Shams Charania and confirmed by SNY’s Ian Begley. Newsday’s Steve Popper reports the trade is the 55th pick and cash considerations to move up.

The 20-year-old “Iggy” Brazdeikis played one season at Michigan, appearing in 37 games. The Canadian, alongside New York’s third overall pick R.J. Barrett, is known for his scoring prowess. Brazdeikis shoots southpaw despite being right-handed.

Brazdeikis averaged 14.8 points in 29.6 minutes for John Beilein, who has since accepted the head coaching position for the Cleveland Cavaliers. Brazdeikis struggled sharing the ball, however—averaging under one assist a game (Sports-Reference).

The Knicks have had a solid track record recently of developing unheralded players from both big and small programs. Mitchell Robinson, who had forsaken a chance to play at Western Kentucky, was drafted in the second round and made second-team All-Rookie honors this past season. Similarly, the Knicks drafted Damyean Dotson at no. 44 two years ago, and have firmly found room for the swingman in their rotation.

The draft isn’t the only place to find overlooked talent, however. New York has succeeded in signing undrafted free agents and making use of the relatively new two-way G League contract the NBA had introduced not long ago. Luke Kornet, Isaiah Hicks, Allonzo Trier, and Kadeem Allen have all graduated from the anxious two-way label—shuttling between Westchester and Manhattan for a maximum of 45 days—to mixed response. Trier signed the most expensive contract by a former two-way contractor and the Knicks exercised their team option to keep him next season. It’s apparent that even a non-lottery selection for a Knickerbocker isn’t the end of the journey in this organization.

The Knicks have developed projects in White Plains with the Westchester Knicks rather successfully. Just so, they recently promoted their G League coach—former Coach of the Year in the developmental league—Mike Miller to David Fizdale’s coaching staff.

The trade with Sacramento is finalized. Per Eric Pincus of Basketball Insiders, it’s the 55th pick, Virginia’s Kyle Guy, and $1 million for Brazdeikis.