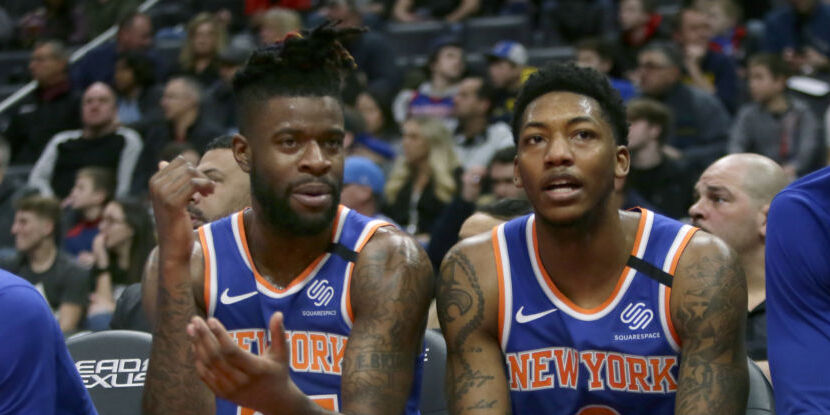 The Knicks had to make decisions on six players with the NBA’s free agency starting tomorrow. Elfrid Payton, Bobby Portis, and more are gone.

With the 2020 NBA free agency set to begin tomorrow at 6 p.m. ET, the New York Knicks had several decisions to make on players with partially guaranteed deals and team option contract.

Per Steve Popper of Newsday, the Knicks waived veteran point guard Elfrid Payton, who would have made $8 million in 2020–21, and former Oregon standout forward Kenny Wooten, who was signed to a two-way deal before that expired last season and raised to the roster right as the season shut down.

Power forward/center Bobby Portis did not have his team option picked up, but, per Ian Begley of SNY, he and Taj Gibson, also waived, have mutual interest with the Knicks to return next season. Gibson played for new Knicks head coach Tom Thibodeau in both Chicago and Minnesota and, as an unrestricted free agent, who re-negotiate with New York one year after joining his hometown franchise to return.

Reggie Bullock, the veteran swingman, is coming back with his $4.2 million team option picked up by the Knicks, per Marc Berman of the New York Post.

The Knicks signed seven players in free agency last offseason after missing top star targets. Of them (Julius Randle, Portis, Gibson, Payton, Bullock, Wayne Ellington, and Marcus Morris), two remain: Randle and Bullock. Morris was traded at the deadline in February for the Los Angles Clippers’ 2020 first-round pick and Randle is the only one signed beyond the 2020–21 season.

New York has a lot of holes to fill in free agency, starting tomorrow. However, the ‘Bockers could also use the cap space (one of the greatest in the NBA right now) in the trade market, too. Houston Rockets star point guard Russell Westbrook has been tied to the Knicks, along with the Charlotte Hornets, and he makes $41 million next season, signed for the season after that, and possesses a $46 million player option in 2022–23.

The Knicks selected Dayton power forward and New York native Obi Toppin with the eighth overall pick on Wednesday night at the 2020 NBA Draft. They traded their two later picks earlier in the day for the 23rd pick before leveraging that asset to acquire two better picks than the pair (nos. 27 and 38) entering Wednesday.

They traded the 33rd pick for a 2023 second-round pick from the Clippers while selecting Kentucky guard Immanuel Quickley with the 25th overall pick. Quickley reunites with new Knicks assistant coach Kenny Payne, who was an assistant next to Wildcats head coach John Calipari.

The Knicks, lastly, signed undrafted free agent Myles Powell out of Seton Hall, per Adam Zagoria. Powell was the Big East Conference Player of the Year.

Editor’s note: This article was updated after publishing to clarify that free agency begins at 6 p.m. ET on Friday, not noon. Time doesn’t exist anyway.