The Knicks Should Explore Adding Players at the Trade Deadline 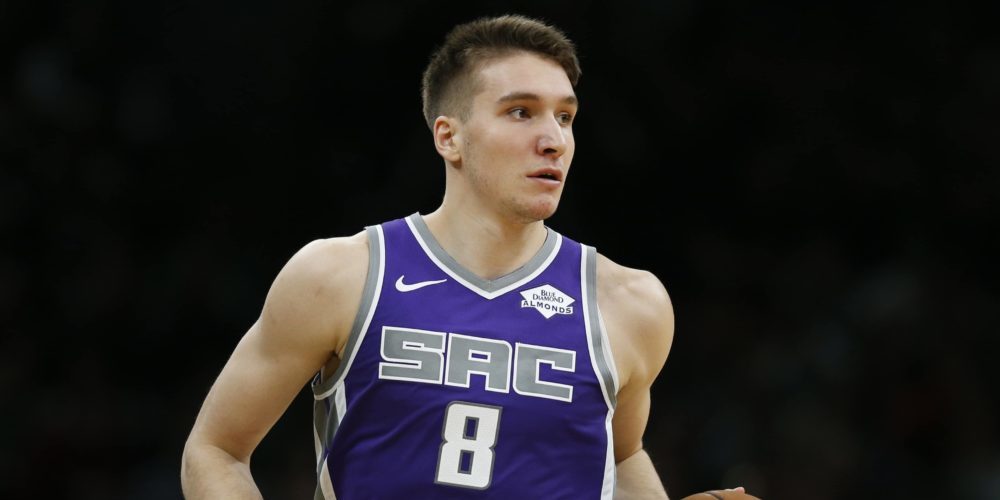 The Knicks’ overall strategy has developed in 2020 to acquire young-ish players instead of raw assets. Is that the best option?

Trade season officially kicked off on Thursday with the Minnesota Timberwolves and Atlanta Hawks agreeing on a deal that would send Jeff Teague back to Atlanta. While this was not the first trade of the year—Dante Exum for Jordan Clarkson was—it was the first domino of what should be a robust trade market given the general parity atop of the league.

Minutes after the trade was made official it was reported that the Wolves were far from done, confirming that the Teague trade was merely the first transaction. What follows next depends on how successful they are in their pursuit of D’Angelo Russell, likely Minnesota’s final stand to appease disgruntled Karl-Anthony Towns. Another name that has been thrown out there in connection to Minnesota has been Dennis Smith Jr.

If Russell’s price is too high, the Knicks can enter the fold and flip Smith, who may or may not have played his final game in orange and blue. Smith’s numbers have fallen off a cliff this season; however, there is still clear talent there, and a change of scenery could be the catalyst for a breakthrough à la Markelle Fultz. What the Knicks look to get back for Smith, should the opportunity arise, will tip their hand as to what the front office thinks of this current group.

Last week it was reported by Stadium’s Shams Charania that the Knicks inquired about Andre Drummond, giving credence to a previous report by SNY’s Ian Begley that in addition to draft picks, Steve Mills and Scott Perry are looking to add starting-caliber players that can help improve the team in the present as well as the future.

Whether or not the Knicks should be active in the trade market should be a foregone conclusion. They have the third-worst record in the league and a slew of veterans on expiring deals and are not particularly close to being a competitive team. They should be selling off assets like they’re Curt Schilling.

The only players on the roster who should be “off limits,” meaning they should only trade if given a phenomenal package, are R.J. Barrett, Mitchell Robinson, and to a lesser extent, Frank Ntilikina. Everyone else should be fair game.

Draft picks should remain their top priority in deals. It keeps them flexible to swing a big trade in the future, and the worst case is they add talent at the cheapest possible price.

Targeting players in return is where the front office has to be extremely meticulous in their vetting process.

Objectively, it is not a bad strategy for a team struggling to land star players in free agency to target young starting-caliber players under contract. The vetting system has to be airtight, with a checklist resembling something like this:

Drummond for example hits on none of these. He blocks Robinson’s minutes, assuming Robinson wouldn’t be included in the deal. The thought of paying him max-level money is gross, and having him on the team does not better the team’s odds of luring a superstar like Giannis Antetokounmpo or whoever else could become available.

The opposite example would be Russell. Adding Russell would give the Knicks a go-to scorer, their Achilles’ heel at the moment, and a guy who has already proven he could be one of the better players for a playoff team. His game complements Barrett, Robinson, and Ntilikina, and best of all he can entice a Towns or possibly Devin Booker to force their way to New York.

The Knicks were in a similar situation when they traded for Carmelo Anthony, but in Knicksian fashion, muffed it by amnestying Chauncey Billups instead of Amar’e Stoudemire. If they were to add Russell, the possibility of Towns forcing a trade to New York becomes plausible.

Another option could be going for the Godfather offer now. Shai Gilgeous-Alexander has proven to be a rising star; would the ever-prescient Sam Presit flip SGA for even more draft capital if the offer blew him away? Gilegous-Alexander, Barrett, and Robinson suddenly become an intriguing trio. Towns is another target, but would likely cost the team Robinson, Barrett, or both to land.

Trading for role players on deals that extend past this season should be done if and only if there are additional assets attached, whether it be a young player or draft picks. If they traded for Dewayne Dedmon but also got Bogdan Bogdanovic, who complements Barrett, Ntilikina, and Robinson well, it’s a deal worth doing. If it’s just Dedmon, then the Kings can kick rocks.

For as bad as the season has gone, Mills and Perry are in a prime position to end on a strong note. They made these signings with the intent of selling if the season went awry. Not only has that happened, but the league has never been as wide open as it is right now. It should make for one of the more robust trade seasons in recent years, and the Knicks can be major players.

All Mills and Perry have to do is choose their deals wisely, and maximize their return. Sounds simple in theory, but as past trade seasons have proven, things do not always unfold how we fantasy book them.