The Knicks Should Hire an ‘Unproven’ Coach 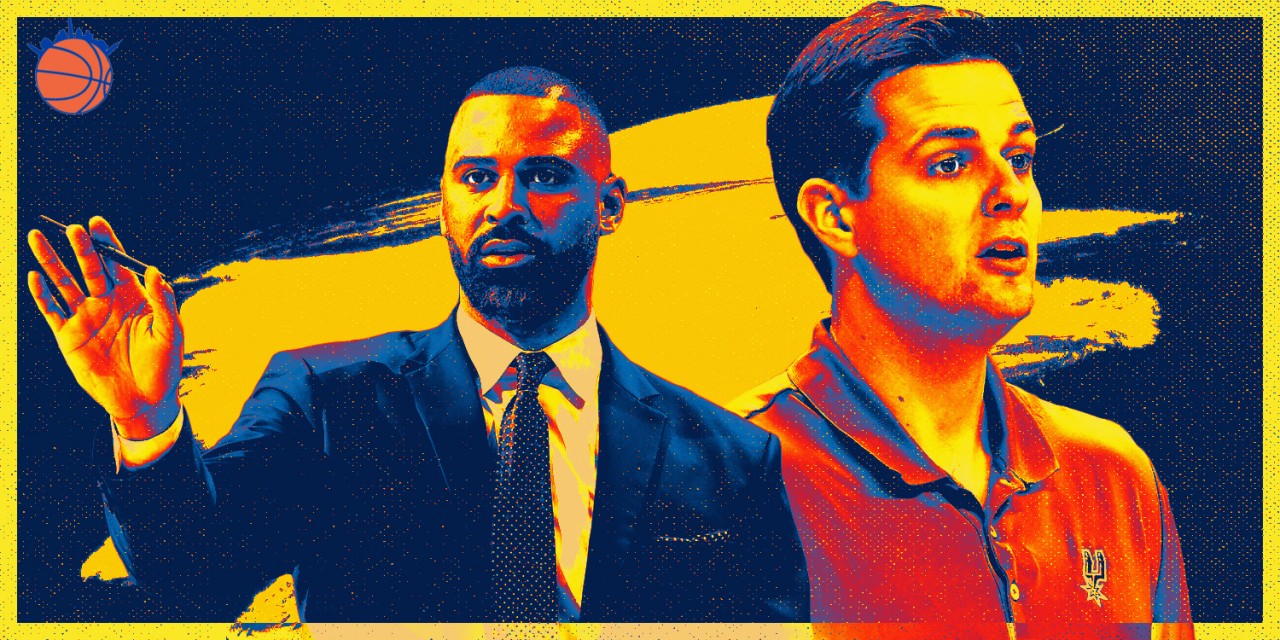 The Knicks are known for chasing after the latest and flashiest coach on the market, but perhaps it’s time to pair their young players with a person without a previous reputation.

Sometimes the new thing is better than the old thing, but we know what the old thing is, whereas the new thing is just an idea. And we always tend to trust our empirical findings more than our theoretical hunches. I think this often leads us to bad choices if we’re not careful. I think the New York Knicks have to be careful about this in their search for the right head coach.

Pretend you’re buying a car. You’ve driven the same Toyota Camry for five or six years and you feel like it’s time for an upgrade. But let’s also pretend you can’t do any research into any car that isn’t a Camry. No test driving, no reading buyer reviews, no knowledge whatsoever about any other car out there. How likely are you to take a risk on a new car? You know exactly how the Camry will perform, and through the years you’ve learned the ways it will likely break down. This information is static, sound, immovable. It’s trustworthy.

I probably settle for another Camry. Maybe the newest model addressed the problems my old car had while building on its strengths. And that’s fine, the Camry is fine. But what if I could have had a better car?

The Knicks aren’t in the market for a new car, but they are shopping for a new driver, so to speak. They’ve interviewed Tom Thibodeau (twice), and he’s considered the front-runner for the position. They’ve also brought in Mike Woodson for an interview and plan on speaking with Kenny Atkinson at some point.

All three of those guys have varying degrees of NBA head coaching experience, and all three of them might be fine coaches for the Knicks.

But the front office should do their due diligence. They should look at the new thing.

Why? What makes Ime Udoka, Will Hardy, or Chris Fleming a better candidate than more proven coaches? Well, they aren’t better candidates necessarily. Every man being considered for this job should be evaluated based on individual fit and merit. But the guys that have already coached in the league have baggage. They bring a set of expectations that is not entirely fair to a group of raw players they personally have no experience with.

Think about what the first few seasons would look like with someone like Thibodeau. He is a former Coach of the Year. His peak Bulls teams with Derrick Rose have a legacy unto their own. What kind of effect does that legacy have on a rebuilding Knicks team that is suddenly 12-40 under Thibs his first year? If the last few decades of Knicks front office management are any indication, we can expect that situation to sour very quickly. The Knicks always preach patience with new coach hires, and they almost always betray their own promises.

The Knicks should be allowed to rebuild. They’re terrible, and terrible teams need time to acquire assets. Any head coach with any history in the league will bring the weight of that history to the Knicks, and it will put pressure to truncate the timeline the ‘Bockers should objectively be afforded at this stage in their rebuild (re: Ground Zero).

Again, I want to reiterate that Thibs, Woodson, Atkinson, Mark Jackson, Jason Kidd and whoever else is being considered to be the head coach might indeed be the best fit. If the front office is willing to withstand the inevitable media storm surrounding a Knicks team that is realistically no closer to relevancy than it was with David Fizdale, then I think any of those guys could work. Their experience could even be a benefit if you believe in “culture building” rhetoric and “playoff mettle,” which is especially applicable in Thibodeau’s case.

But the Knicks have to balance the potential upside of a coach that has history with the potential risk of that baggage stirring up the same toxic narratives that have plagued the Knicks for god knows how long.

Are there risks with going with someone completely green? Of course. Losing isn’t good optics for anyone. But the front office will at least have their own narrative to fall back on; “It’s okay,” they’ll say, “This is part of the learning curve for a new coach and a rebuilding team. Trust the (dare I say it) process?”

Now think about those first few seasons with someone like Udoka instead of Thibodeau. Even if things go disastrously wrong, the Knicks don’t have the same expected value to live up to that they would if they hired someone with a track record. Udoka would be judged for progression or lack thereof, make no mistake about that. But I don’t think failure to, say, make the playoffs in two years, would reflect as poorly on him or invite the same scrutiny as it would for someone like Thibodeau. If anything, the strategy of hiring someone completely unproven is more risk-averse than the alternative. It’s much easier for First Take to clown a former Coach of the Year for going 12-40 than the new guy. And it’s much harder for them to tout a Knicks playoff berth as a success for said Coach of the Year than it would be if the new guy pulled it off.

At the end of the day, the logic is not to “get the new thing because it’s new.” Novelty has no value in a vacuum. But look at this New York team. They are a collection of constantly moving new things. They are young. They are bad. Some of them have potential to be not so bad. This is a project, from top to bottom.

Front offices often talk about trying to synergize timelines when constructing a roster or evaluating trade opportunities. They want a Big Three of peaking players that are either all ready to contend, or they want a young nucleus of blue-chippers that represent not only the future of their franchise but of the league as a whole. Those are the two desirable roster outcomes for NBA teams. It’s much more feasible for the Knicks to aspire to the latter with their reputation around the league as it stands today. Free agents do not want to come just to play under some cool lighting. This is a rebuild, through and through.

So, why don’t we, as this collective of pitchfork-holding fanatics that constantly appraise team-building (dare I say it) processes, extend the same logic to coaching hires? Doesn’t it make a lot more sense for a team like the Knicks, who are definitely in the camp of “trying (and kind of doing a very poor job) to build a promising young nucleus” to also hire a promising young coach?

Sometimes, the new thing is better than the old thing. I don’t know if that’s the case here, but I do know the old thing comes with more baggage. The Knicks’ front office would be shrewd to take that into their evaluations.