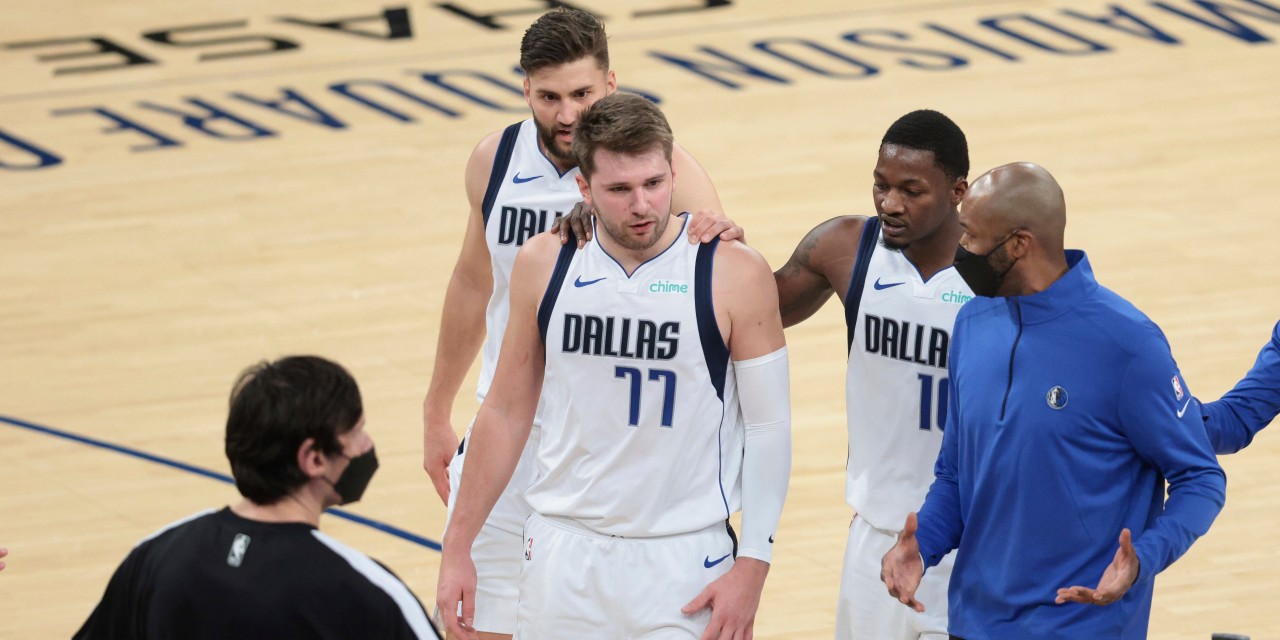 The Knicks should keep an eye out for Dallas assistant Jamahl Mosley, who could be available if Jason Kidd becomes the head coach.

If you were to tell me on January 31st, 2019, that things would improve for the New York Knicks, while the Dallas Mavericks would be in a bit of a tailspin, I would’ve called you a fool. And yet, the Knicks enter this offseason fresh off their best season in eight years with cap space to entice some big-name free agents and a handful of young players to develop.

As for the Mavericks, things don’t look as bright as they were two years ago when they made off with New York’s then franchise player. Kristaps Porzingis has not emerged as the Pippen to Luka Doncic’s Jordan; quite the opposite, honestly. The once lauded “Kristaps Porzingis to Dallas” trade looks more like the Mavs added Tim Hardaway Jr. and just so happen to get a very expensive anchor attached to him in exchange for two first-round picks.

Longtime general manager Donnie Nelson “mutually agreed” to part ways with the franchise after alleged battles and tension with Dallas’ shadow GM (one that also has a beef with Luka?). At the same time, Rick Carlisle, the Mavericks’ head coach for the last 13 seasons, opted to leave the franchise shortly after. Carlisle has since moved on, accepting the same coaching role with the Indiana Pacers.

The pièce de résistance of it all is that the Mavs are close to hiring Los Angeles Lakers assistant coach and former Dallas lottery pick Jason Kidd to replace Carlisle.

The Mavericks are progressing on deals with Nike’s Niko Harrison to lead basketball operations and Jason Kidd to become head coach, sources tell @espn_macmahon and me.

If the Mavericks decide to hire Kidd, the strong assumption is that Kidd will assume his own coaching staff, leaving current assistant coach Jamahl Mosley potentially on the way out. We’ve already seen tweets about how the Dallas players aren’t happy with Mosley being passed over. Still, the Mavericks seem to be on the way to hiring the Lakers assistant coach to watch over Doncic for the foreseeable future. If Mosley is on the way out, he would be an enticing option for the Knicks.

Team source I spoke to not happy at all about apparent lack of consideration for Jamahl Mosley.

Mosley is known for being a defensive-minded coach, taking the defensive responsibilities in 2018. Before that, he was a part of the Denver Nuggets staff under George Karl in a player development role. He ultimately fits the Knicks to a T, with guys like Johnnie Bryant and Kenny Payne working on the development side, while guys like Darren Erman, and of course, head coach Tom Thibodeau have been lauded for their defensive structure.

Between Karl’s advocacy for Mosley and The Ringer’s article on his work with Dallas’ defensive system, one thing seems certain, Mosley seems to be engaged in communicating. Known for his work with Luka Doncic during his pregame routine, to infusing confidence in the likes of Willie Cauley-Stein and Dorian Finney-Smith, it’s clear that defense, communication, and development seem to be positives in Mosley’s repertoire.

Here’s a part of George Karl talking about one of the last conversations he had with Mosley as a member of his staff (via the New York Post):

Before Mosley left for Cleveland, Karl said he instilled in him the knowledge to keep the game simple with an emphasis on communication.

“You got to have a good philosophy but every coaching staff has that,’’ Karl said. “It’s the energy and passion you bring that makes it work. I don’t think there’s smarter coaches than other coaches. The coaches that communicate what they want and get a commitment from [the players] to do it is what makes it work.”

Along with adding strength to strength, the Mavericks assistant coach is also a callback to last offseason’s coaching search, as the Knicks interviewed him among several other candidates. As Knicks President Leon Rose assembled his first front office and coaching staff, one of the smarter maneuvers he did was assemble a Rolodex of names during their coaching search. As a result, Mosley was one of the more intriguing options for his tenure, and Dallas and the Knicks could offer him a nice landing spot after leaving the Mavericks.

New York might also be an ideal place to rebound before landing a head coaching gig.

New York’s 41-win season came with some nice opportunities for both the coaching and front-office executives. We already talked about Woodson’s departure, but both Bryant and Payne received interviews for head coaching jobs on the collegiate level. Meanwhile, Knicks Vice President Brock Aller was rumored to be high on the shortlist of GM candidates should Cleveland move on from Koby Altman.

The Knicks had three coaches get interviews for head coaching positions off one season, with one leaving for his dream job. If the Knicks continue to succeed, what’s stopping NBA teams from getting into the mix next year? Johnnie Bryant, who feels like New York’s future head coach, is one to keep an eye on, based on his success working with Damian Lillard and Donovan Mitchell, plus his success in New York in a higher role could move into more head coaching discussions next offseason.

For Mosley, that could mean stopping off in New York, assisting in New York’s next good season, and finding himself in position for a head coach position moving forward. He continues to move up the ladder for New York at the very worst as someone gets another good job somewhere else.

The topic of conversation for the Knicks will be fixing the issues on the floor, but you can never truly stop improving the brain trust in the front office and on the coaching staff. For example, Jamahl Mosley was trusted in Dallas to run their defense and, despite the lack of great defenders, created a defensive system that emphasized role players maximizing their defensive abilities.

If the Knicks want to continue improving and getting better both on and off the court, a call to Mosley would be a wise one this offseason.