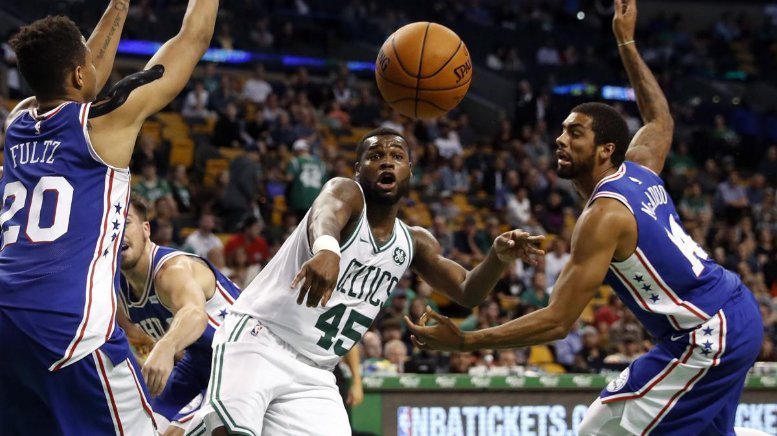 Kadeem Allen, known for his tough defense, will be available to join the Knicks for a limited window as the team evaluates its options at guard.

The New York Knicks have agreed with Westchester Knicks guard Kadeem Allen on a two-way contract to join the big league team, as first reported by The Athletic’s Shams Charania.

Marc Berman of the NY Post adds that Allen can only play with New York for 20 games due to the in-season signing of the two-way deal.

The former Wildcat played at Arizona for two seasons, sharing those two with Allonzo Trier, the Knicks’ undrafted rookie who likewise signed a two-way deal with the team before proving long-term value and netting an unchained contract with the team. Allen is looking to demonstrate his value, too, with a call-up to the Knicks.

Allen was a training camp signing who eventually made the DubKnicks‘ roster. Before this season, he had played with the Boston Celtics’ affiliate Maine Red Claws.

Allen is a slightly surprising call-up for the Knicks, though not unwarranted. Despite thriving in White Plains, Kadeem’s backcourt partner, John Jenkins, looked like he could be a candidate for another shot in the NBA. Jenkins is undoubtedly Westchester’s leader, but perhaps the 27-year-old is searching for a greater promise in playing time over a two-way contract.

The former Arizona Wildcat has started all 25 games for the DubKnicks this season. Allen is a very sound all-around player and has brought consistency to the Westchester Knicks throughout the year, most notably with his defensive prowess.

In college, Allen was one of the most well-respected perimeter defenders in the nation and has been labeled primarily a defensive stopper by many coaches and scouts. After making the All-NBA G League Defensive Team last season, he is well on his way to making it again, as he has become an integral part of the league’s number-one team in terms of opponents field goal percentage.

The soon-to-be 26-year-old is not a big guard by any stretch, measuring at 6’2″ and weighing 200 pounds. However, what he lacks in size, he makes up for in toughness and athleticism. Allen is a terrific on ball defender because he possesses elite footwork and lateral quickness. His 6’9″ wingspan combined with his quick hands helps him disrupt passes and log a good number of steals (1.6 per game). The guard is constantly forcing deflections and errant passes on the perimeter, which won’t show up in the box score but are noticeable if you watch him play.

Most importantly, Allen is not afraid to do the dirty work, constantly diving for loose balls and putting his body on the line while making winning plays. He is also a solid rebounder for his size as well, averaging just over five boards per game.

Look for him to bring a much-needed edge defensively to the Knicks, similar to what we see from Clippers guard Patrick Beverley.

Offensively, Allen has been pretty pedestrian this season. He is very limited offensively and hasn’t seemed too confident in shooting the three. Allen is more of a slasher and uses his compact, athletic body to get into the paint for higher percentage looks, which is why he is shooting nearly 47 percent this season and getting to the line at a decent rate. Within the Westchester Knicks’ offense, Allen functions as more of a ball mover rather than a playmaker and is usually swinging the ball to John Jenkins on the perimeter, or looking for one of the bigs inside.

With such an emphasis on perimeter shooting in today’s NBA, it might be difficult for Allen to be good enough offensively to stick, but if the Knicks are able to pair Allen with more offensively savvy guards, he could be a very effective complement.

The Knicks announce they have officially signed @AllenKadeem to a two-way deal pic.twitter.com/HL9A7GjYro