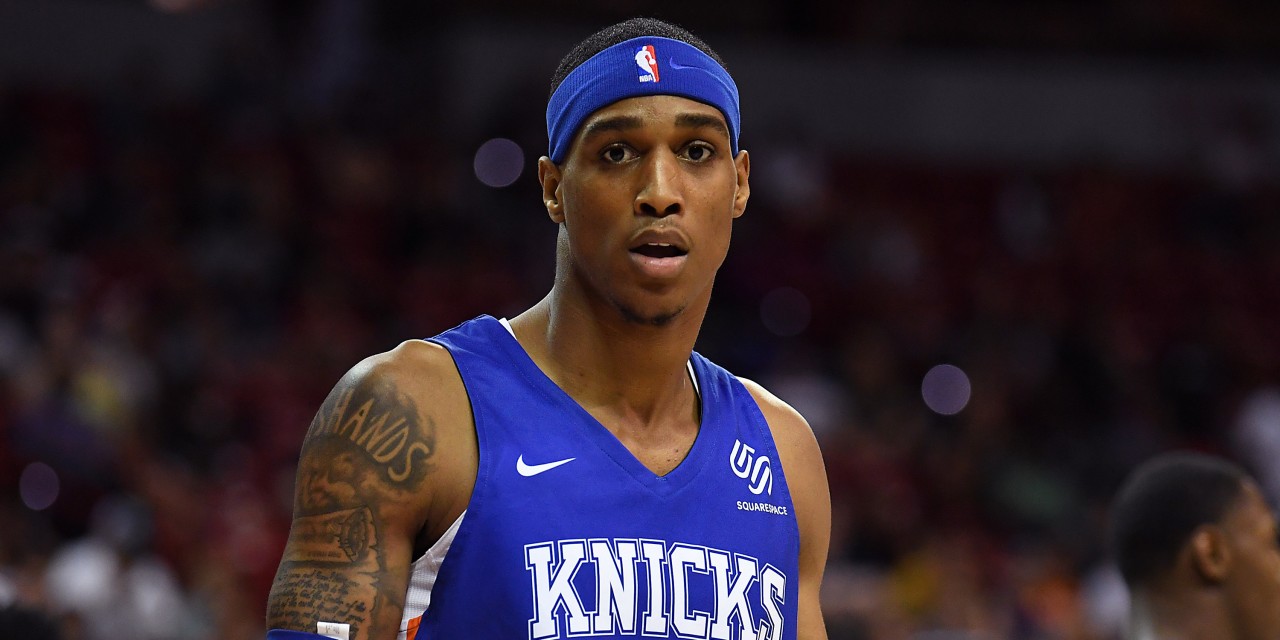 Summer League and Westchester Knicks standout forward Kenny Wooten was signed by New York to a two-way deal before the league’s deadline.

The New York Knicks have signed forward Kenny Wooten to a two-way contract, according to Shams Charania of The Athletic.

Wooten, 21, has been with the Knicks since the summer after going undrafted out of Oregon. He performed well in the NBA’s Las Vegas Summer League, providing terrific energy and athleticism off the bench. He played just 13.3 minutes per game but recorded 2.5 blocks a contest. The Knicks signed him to a training camp contract in July.

Wooten has spent the 2019–20 season with the Westchester Knicks in the G League, playing 24 minutes per game. He averaged 7.7 points, 5.9 rebounds, and 3.4 blocks (which ranks second in the G League this season).

Several teams were reportedly interested in snatching Wooten from the Knicks, according to SNY’s Ian Begley. However, the Knicks jumped on their chance to sign Wooten, doing so just before the January 15th deadline.

NYK was aware other teams had interest in Kenny Wooten – including 1 team that was prepared to make an offer, per SNY sources. So it makes sense that they’d act quickly to create a roster spot for him. They’ll waive 2-way player Ivan Rabb, source confirms. Stadium first reported.

To make room for Wooten, the Knicks are waiving forward Ivan Rabb, who was signed to a two-way contract in October. Point guard Kadeem Allen is the other current player on the roster signed to the second two-way deal each franchise is allowed to hand out.

The Knicks re-acquired the waived Rabb today, according to Hoops Rumors’ JD Shaw. He’ll play in Westchester for the time being to a standard G League deal since the pair of two-way contracts are occupied by Wooten and Allen.