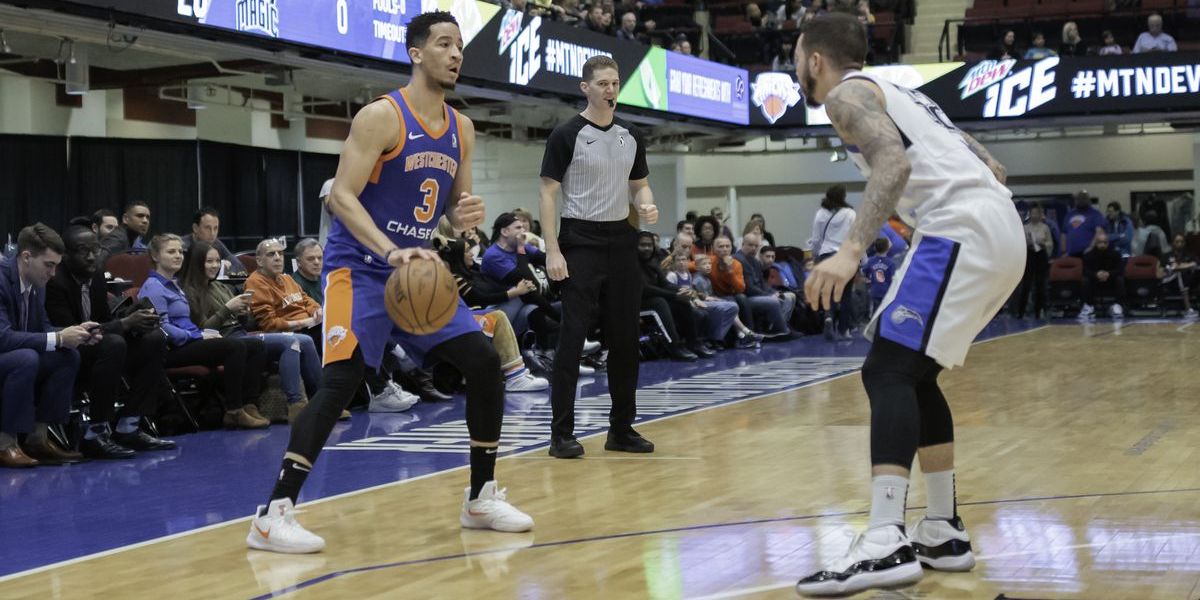 The Westchester Knicks were eliminated from the NBA’s G League playoffs on Friday, March 29th, losing to the Lakeland Magic 104-91. Garrett scored 12 points on 33% shooting with four turnovers. Despite his single-game elimination performance against Lakeland in the playoffs, the Knicks decided to give Garrett the call-up to the big league team as New York shuffles around pieces and evaluates their young team in the final stretch of their long, losing season.

In October of 2018, The Knicks Wall staff writer Nick Scolaro wrote that Billy Garrett turned heads following essentially his replacement assignment after Trey Burke was called up to the Knicks. He averaged nearly 19 points in the final 10 games of the 2017–18 season. Prior to his G League stint, Garrett played at DePaul University, where “Billy was diagnosed with sickle cell disease in high school and came close to a fatal sickle-cell attack in 2014 but still managed to win Big East Rookie of the Year and have a successful four-year career as a Blue Demon.”

Scolaro also references Garrett’s sustained high-level performance in White Plains as a huge reason for the DubKnicks’ continued success in regular season play this past year.

We saw Garrett step up big time last season when Trey Burke was called up the NBA, and we are seeing a repeat of that this season as he continues to improve. The 24-year-old has had an incredible February, averaging 24.1 points per game, and has been an integral part of the DubKnicks’ ability to hang near the top of the standings.

The Knicks had an empty roster spot that Garrett will fill and five more games before the season concludes on April 10th. In addition to the Knicks’ G League affiliate, Garrett played for New York’s Summer League team in 2018.

The Knicks’ PR Twitter account initially shared a document stating Garrett would be signing a 10-day account. The Knicks Wall updated this story to include the tweet, however, Knicks PR has deleted the tweet and NorthJersey’s Chris Iseman reports the contract is not a 10-day one.

The contract is through the end of the season, not a 10-day https://t.co/R09sgbZuVc

»READ: How the DubKnicks have sustained success despite losing key players