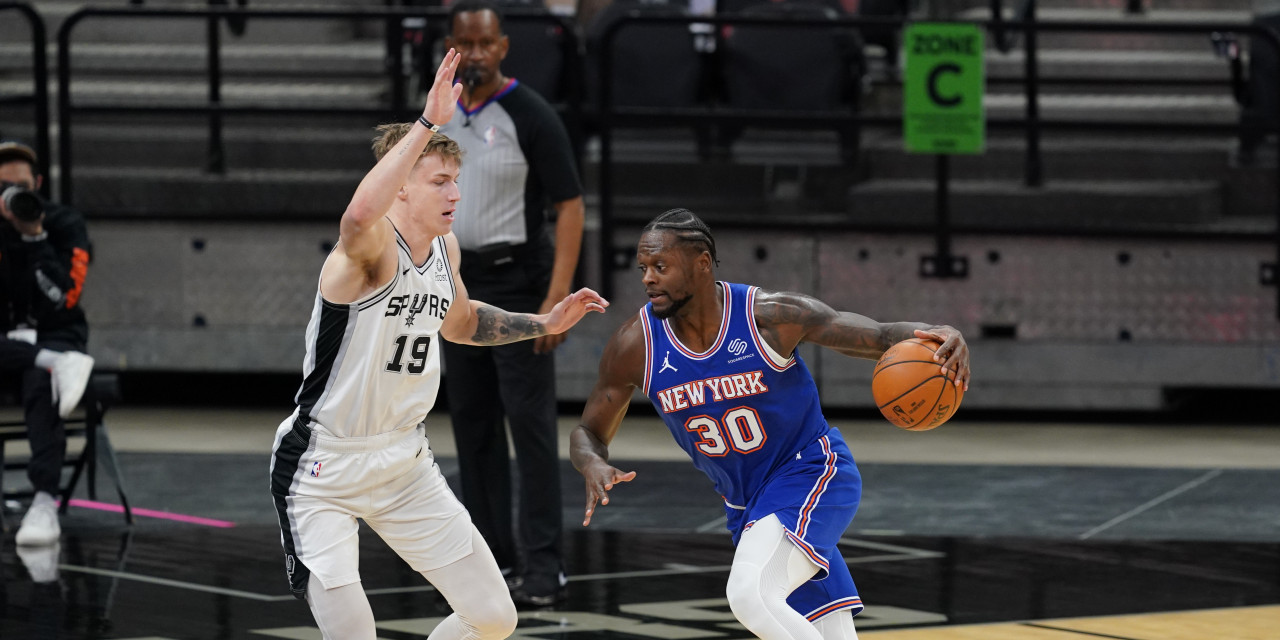 The Knicks are reportedly inking 6-foot-10 Croatian power forward Luka Samanic to the second of their pair of two-way contracts.

Samanic, 21, is a former first-round pick by the Spurs back in the 2019 NBA Draft. The 19th overall selection, Samanic failed to find a rhythm in San Antonio, only appearing in 36 games over the past two seasons. He appeared in 39 games with G League outfit Austin Spurs over two seasons. The 6-foot-10 Croatian averaged 3.8 points and 2.2 rebounds in 9.9 minutes per game, shooting 43.0% from the field in his short career with the big-league Spurs.

The Knicks add Samanic as their second two-way contract, joining 2021 second-round pick and former Texas Longhorn Jericho Sims. Sims raised eyebrows with play at the Las Vegas Summer League for New York along with a few standout moments during the Knicks’ preseason, which ends tonight at home against the Washington Wizards.

New York recently signed and waived former Seton Hall star Myles Powell, who appeared on the Westchester Knicks in 2020–21 after he went undrafted in the 2020 draft. Additionally, veteran guard Dwayne Bacon was waived while the team signed point guard Brandon Goodwin. Goodwin will battle the first roster spot with Wayne Selden (who appeared on the Summer League squad), Aamir Simms, and M.J. Walker.

The expected return of Mitchell Robinson and Nerlens Noel, along with the presence of Taj Gibson and Obi Toppin, should push Sims and Samanic to Westchester (or Bridgeport, where their 2021–22 season’s games will be played).

The Knicks close out preseason tonight and commence the regular season against the Boston Celtics next Wednesday, October 20th.