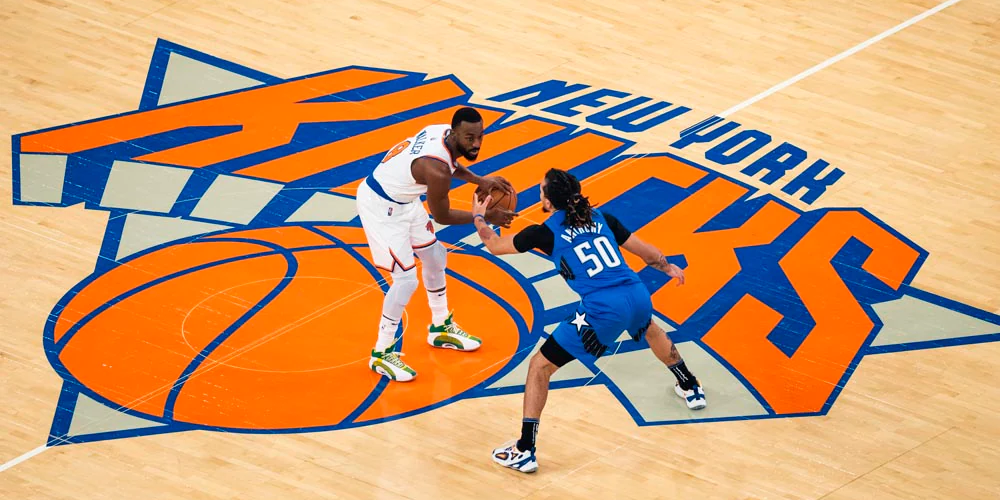 After winning the first three quarters, the Knicks stumbled over themselves in the fourth, losing for the first time to the Magic.

The New York Knicks’ (2-1) modest two-game winning streak ended on Sunday night as the young Orlando Magic (1-2) triumphed 110-104, stunning the Garden faithful after getting blown out in the first game of the home-and-home in Orlando.

The Magic gave the Knicks a much better performance than the young squad did in last Friday night’s blowout. Orlando was led by second-year guard and New York native Cole Anthony, who played much better the game in his homecoming, scoring 29 points along with eight assists and whooping 16 rebounds. The Magic managed to keep it close most of the night, as the Knicks struggled to score, unlike the last matchup.

Julius Randle led the way for the Knicks grinding out a double-double, scoring 30 but only shooting 8-of-24 from the field and grabbing 16 boards while getting to the line and hitting 12-of-14 free throws.

Derrick Rose continues to be a spark off the bench, this time pouring in 23 points, including five three-pointers. The rest of the squad was less than stellar as RJ Barrett shot 5-of-17, only connecting on 1-of-7 from behind the arc in a disappointing homecourt showing.

In the fourth quarter, Knicks head coach Tom Thibodeau stuck with mainly Alec Burks, who shot 3-for-10 from the floor, instead of Evan Fournier who had his struggles earlier in the night. Mitchell Robinson had his own modest 10-point, 10-rebound game but was plagued by a penchant of fouling, eventually bowing out in the final period with six personals. Kemba Walker continues to try and find his footing but didn’t see any fourth-quarter action from Thibs.

New York began the night with a three-point barrage on Orlando by hitting seven threes in just the first quarter, but as the game went on, the Knicks ended up cooling way off, finishing the night shooting 13-of-48, a putrid 27.1% from behind the arc. After a pedestrian start, the Knicks really got cooking in the second quarter with a 15-0 run to build a 13-point lead, highlighted by alley-oops to Mitchell Robinson and Obi Toppin. When it looked like the Knicks were ready to take off the Magic battled back to make cut the lead down to five before the half.

The Knicks had a scare to start the second half when Robinson went down and had to be helped off the court but quickly came back in the game after being evaluated. The third quarter was a back-and-forth affair with teams exchanging the lead. The Magic continued to give the Knicks trouble starting the fourth quarter on 15-0 to regain a six-point lead which they never relinquished. Orlando dominated the fourth on the back of Terrence Ross, who scored 22 of his team’s 36 points in the quarter almost matching the Knicks by himself who ended with just 24 in the period.

The season series is tied 1-1 with two more contests between the two teams scheduled for November 3rd (again at the Garden) and April 3rd back in Orlando.

»READ: Will the Knicks shoot for a star or roll with their current roster?