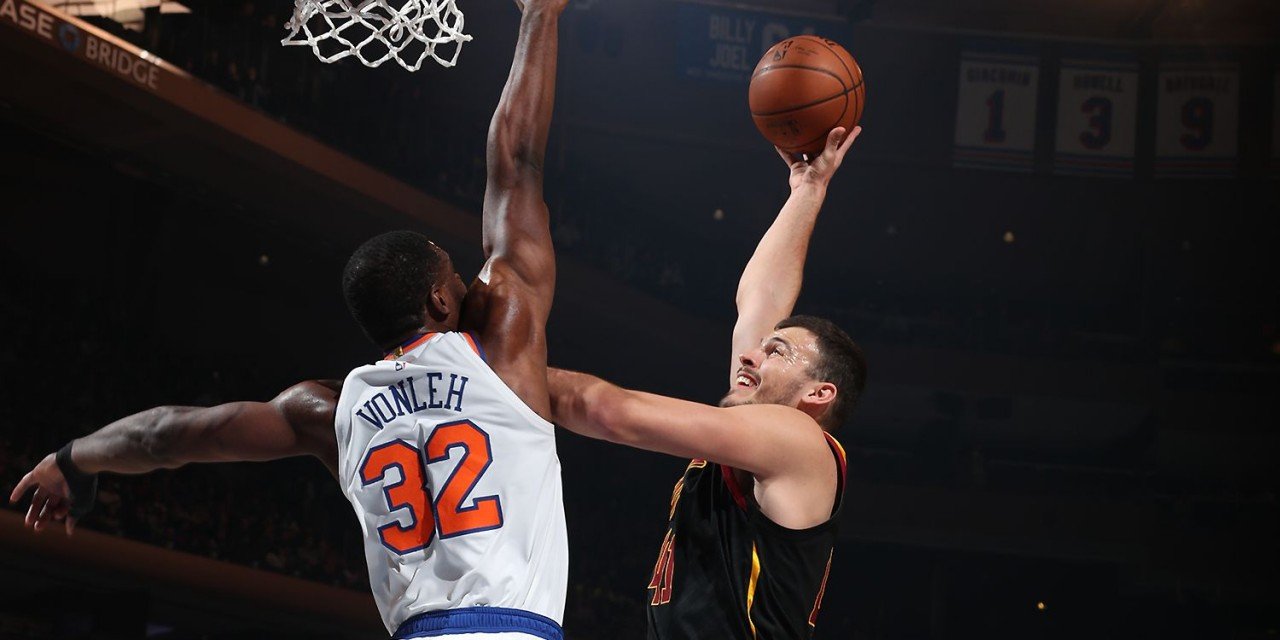 The Cavs storm back to beat the New York Knicks, 125-118, and complete season series sweep against their fellow tanker.

The tank is back on!

After holding a 14-point lead early on in the fourth quarter, New York (13-49) went into Knicks mode and choked away what would’ve been their third consecutive victory. The Knicks were outscored 40-21 in the final frame and couldn’t figure out how to stop the Cleveland Cavaliers (15-47), who have their sights set on the lottery themselves.

Kevin Love led all scorers with 26 and was one of four Cavaliers with over 20 points. Jordan Clarkson and Collin Sexton had 22 points apiece, and Cedi Osman had 21.

Sexton unleashed his inner Westbrook in the second half and torched the Knicks, who seemed lackadaisical defensively down the stretch. New York had no answer for the Cavs three-point barrage, as they knocked down 14 of their 41 attempts.

After playing intense, quality ball for the first three quarters, the Knicks effort waned significantly in the fourth. A visibly annoyed Coach Fizdale said the young Knicks “took their foot off of the gas” in his post-game press conference.

Coming off of two straight wins, the Knicks seemed to be feeling themselves a bit too much this evening and believed they could cruise to victory against an equally atrocious Cavs squad. Rarely have Knicks come up short in the effort department; it was a shock to see them play uninspired. Expect Fiz to address the issue and make sure it doesn’t happen again.

After a historically brilliant couple of games, Mitchell Robinson feasted on the Cavs, who rank last in the NBA in opponents field goal percentage per NBA.com stats. Robinson was a perfect 5-5 from the field and posted 12 points in 28 minutes of play. Robinson’s growing confidence is a thing of beauty, as his rim-rattling dunks have become more and more frequent on a nightly basis.

Mitch also logged two blocks including his patented three-point rejection on Marquese Chriss. Robinson has brought a unique type of energy to the Knicks this season and has quickly become a fan favorite. It’s exciting to see what leaps and bounds Mitch Rob takes as the season goes on.

It’s gonna be so sick next year when Mitch and Zion block every single three pointer pic.twitter.com/Mvbh7U5TvF

Two of the evening’s best Knick performances came from Allonzo Trier and Dennis Smith Jr. Trier, who has endured a February slump, had somewhat of a coming out party this evening, posting 22 points off of the bench. He electrified the crowd with his stylish attacks at the rim, and was able to knife through the Cavs defense and have his way.

As opposing teams gather more tape on Trier and exploit his weaknesses, he’s been struggling for the better part of two months—but it seems like he is finding new ways to get open and contribute offensively. Trier’s ability to adapt to defenses and become a well-rounded scorer from the perimeter will work wonders for him as he looks to establish himself as a key piece of the Knicks going forward.

DSJ has looked very comfortable in a Knick uniform, being the floor general on the majority of the possessions. Smith, like Trier, is fearless in pursuit of the basket and is able to explode to the rim with ease. DSJ showed off his range this evening against the Cavs, and was given more space because of his ability to blow by any defender.

If DSJ can develop a consistent three-point shot, he will be even more dangerous than he already is.