Knicks Starters Will Try to Get Right Against Lowly Magic 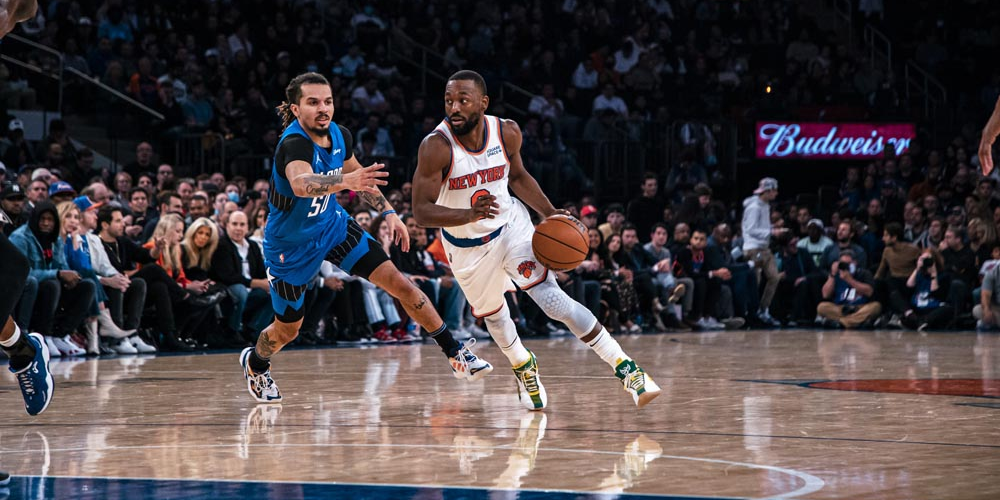 After another win led primarily by the bench in Indiana on Monday, the Knicks’ starters will look to get back on track against the Magic tonight.

The New York Knicks (8-6) snapped a three-game home losing streak on Monday night, which left much to be desired, but a win is a win and now it’s time for round three versus the Orlando Magic (3-11). The season series is tied 1-1 with both away teams winning the contests. In the second game of their three-game homestand, New York looks to take revenge on an Orlando team that caught them by surprise earlier this season in the second game of a home-and-home at MSG that handed the Knicks their first home loss.

The last time the Magic were in New York, Cole Anthony had a warm homecoming by torching the Knicks for 29 points, 16 rebounds, and eight assists. The fourth quarter of that very game was a disaster. It was Terrence Ross versus the Knicks as he erupted and scored all 22 of his points in the period and went to the charity stripe nine times. He was unstoppable in a game the Magic ended up winning 110-104. It was one of the more disappointing losses of the season for New York thus far.

The Magic come into MSG as the worst team in the Eastern Conference and are 2-8 in their last 10 games. Being a young and inexperienced team, the Magic are going to struggle. These struggles are being highlighted by an injury bug going back to last season that’s bit a few key contributors. The Magic will be without Jonathan Issac, Markelle Fultz, and Michael Carter-Williams, all of who have yet to play this season. Recently, 2021 first-round pick Jalen Suggs has been listed as day-to-day and is questionable for the matchup versus the Knicks.

The Magic do have a nice bright spot though in the continued development of Anthony. He’s putting together a stellar sophomore campaign, averaging 20.2 points a game to go along with 5.6 assists and 6.6 rebounds. Wendall Carter Jr. has also been very solid for the Magic, averaging a near double-double with 13.7 points and 9.9 rebounds per game.

This is a game the Knicks need to win, as a loss to a much worse and less experienced team would be unacceptable at this stage in the season. This game is also a chance for the starters to give the bench a break for once. The bench mob has kept the team in games and has been on mop-up duty lately coming in to clean up the mess the starters make. This is especially true later in games when coach Tom Thibodeau has been forced to stick with the more cohesive second unit.

A big part of that bench unit is Immanuel Quickley, who has seemed to have found his stroke after early struggles. In his last five games, he’s averaging 13 points and is shooting 56% from three-point range. The main reserves along with him for New York have just been plain better than the starters when they’re out there together. They are sporting better Offensive (110.8) and Defensive (85.8) Ratings, via NBA Stats.

This is the perfect game for the starting lineup to get back on track with a softer opponent as they get ready for more formidable matchups soon. RJ Barrett has stalled the last couple of games but came up big the previous game against the Pacers in the second half. He came alive down the stretch capping off the game with a clutch three-pointer to seal it for the Knicks, and he can look to build on that against a worse Magic squad.

Mitchell Robinson also makes his return to the lineup against the Magic after missing most of Monday’s game with an ankle injury. Robinson has been battling foot issues since coming back after he went out last March to have foot surgery. The Knicks may have to treat him tenderly since backup center Nerlens Noel will miss his fourth straight game.

If Evan Fournier is ever going to get right this is the game for him to do so against his former club. The Magic are struggling at one of the worst rates in the league, making this just the sort of game the Knicks need to start feeling good about themselves again. The Knicks cannot get complacent because as they’ve shown before, the Magic will pounce given the chance.

»READ: The Cavs exploited the one thing the Knicks aren’t prepared to stop