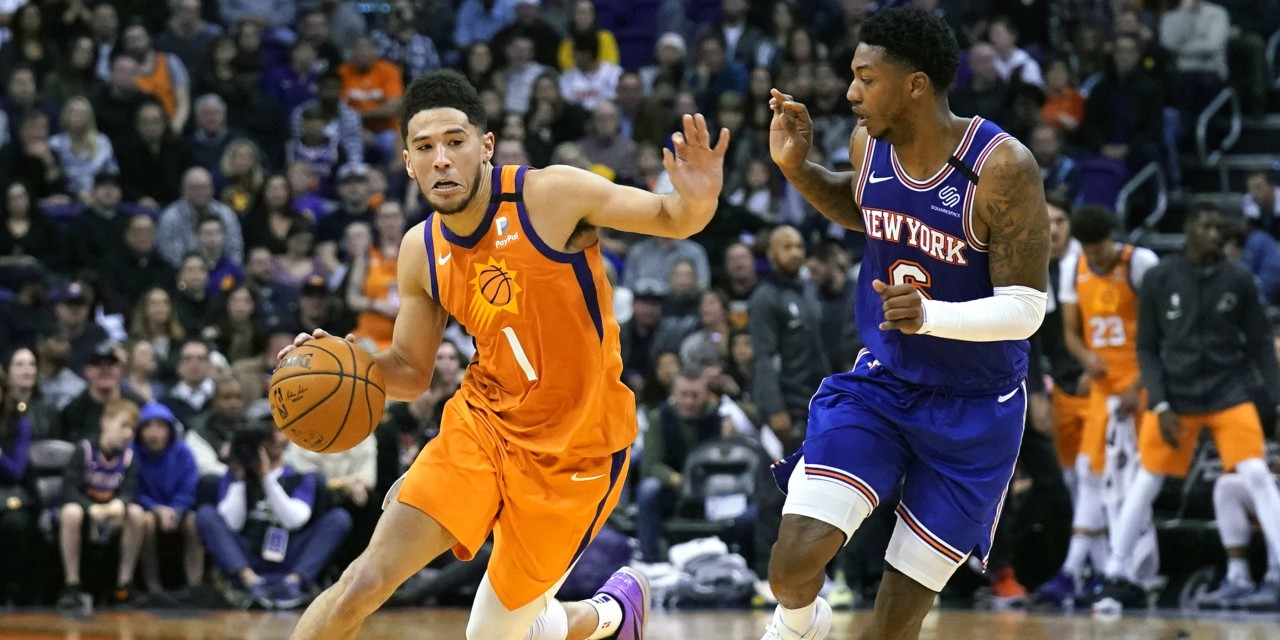 The Knicks fumbled a late lead on the road against the Suns along with Devin Booker going off to snap their three-gam winning streak.

While the New York Knicks (10-25) looked good early, they were ultimately unable to secure their fourth straight win tonight against the Phoenix Suns (14-21) in the desert, resulting in a 120-112 defeat.

The early going in this game was exactly what Knicks fans could have hoped for as they continued their hot offensive ways of late. The first quarter was one of the more fun outbursts of offense of the year for the Knicks as the attack looked locked in and showed what movement could be allowed for when there was spacing on the court. Veteran wing Reggie Bullock continued his positive contributions in his second game to help in that capacity.

The second quarter continued to go the Knicks’ way as they led by 10 points at the half. That included nice offensive input from Bobby Portis, as well as Julius Randle, who were both in double figures at the half.

I firmly believe there are VERY few people in the league who can guard Julius Randle 1 on 1. BULLY. AND 1. pic.twitter.com/b6k7TKiIVn

Along with the offensive firepower shown in the first half, the real story was the defense as the Suns were 0-for-9 from downtown at halftime.

The second half showed a significant change as the Suns started the third quarter with an 10-0 run to quickly undo the lead New York had built. That hot offense that would continue throughout the rest of the game as the Suns were 10-of-19 from beyond the arc in the second half. All-Star hopeful Devin Booker was a key part of that as he scored 21 of his 38 total points in the second half, Kelly Oubre Jr. added 29 of his own including five triples.

The Knicks led for most of the game but in the fourth quarter Phoenix took the lead 94-93 with a Ricky Rubio three and the lead bounced between the two teams until the Suns eventually pulled away in the last few minutes, snapping a five-game home losing streak for Phoenix.

The fourth quarter showed the worst of the Knicks with turnovers and missed free throws continuing to cast a dark cloud over the team—both of which aided in the Suns’ rally to victory late, including Phoenix winning the points off turnover battle 19-4.

This… this is basketball pic.twitter.com/03Te7wbmQt

The Knicks try to regain their winning ways in what will surely be a difficult game Sunday on the road against the Los Angeles Clippers at 3:30 p.m. EST.