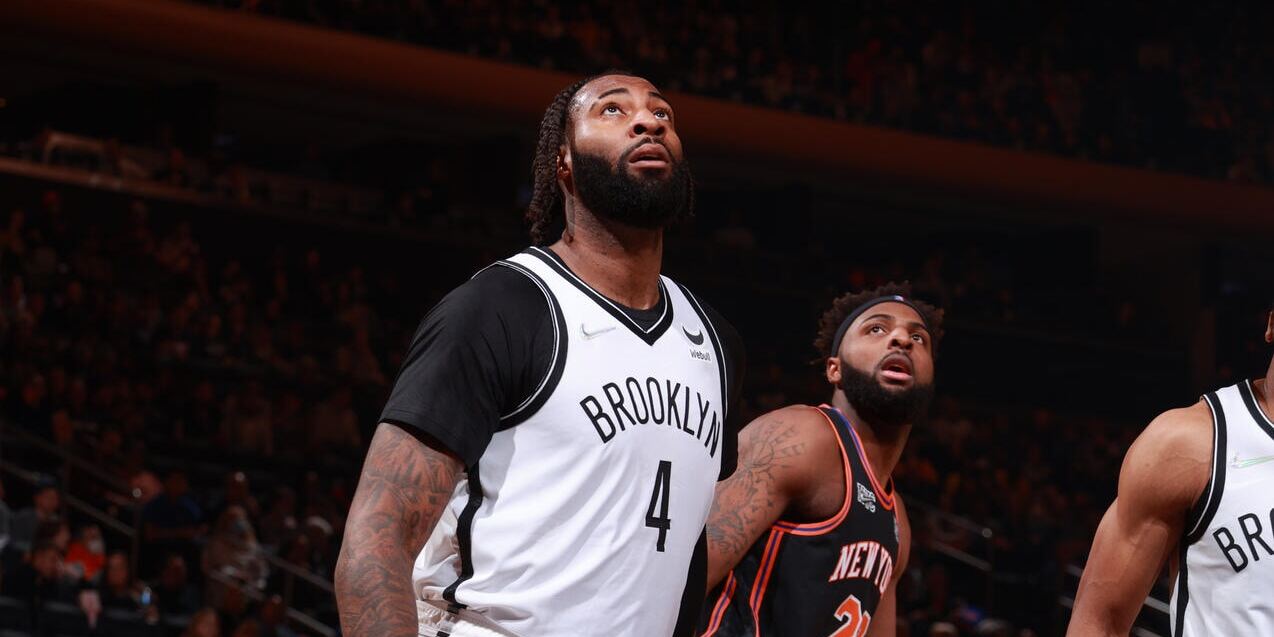 The third loss in seven games after giving up a 20-plus-point lead, the Knicks are collapsing after Wednesday’s loss to the Nets.

The New York Knicks (25-34) dropped their second game of the four-game season series with their crosstown rival Brooklyn Nets (31-27) with another gut-wrenching defeat by a score of 111-106.

The Knicks, coming off of a couple of brutal losses to the Blazers and Thunder, performed similarly tonight and coughed up a 28-point first-half lead to a Nets team without Kevin Durant (MCL sprain) and Kyrie Irving (NYC vaccine mandates). Newly acquired Ben Simmons did also not suit up, as he is still working to get his mental health in order before making his Brooklyn debut. The Nets came into tonight losers of 11 of their last 12 games and were in a free-fall in the Eastern Conference standings. The James Harden drama and departure, coupled with the unavailability of Durant and Irving has taken a huge toll on the Nets, who essentially rolled out a collection of role players tonight, but were still able to out-class and out-work the Knicks in the second half, out-scoring the ‘Bockers 67-41.

Seth Curry poured in 20 points for the Nets including six made three-pointers, while Andre Drummond posted a very Drummond-esque stat-line of 11 points and 19 rebounds, per ESPN Stats. Rookie swingman Cam Thomas went nuclear in the fourth quarter with 16 points, hitting clutch three-pointers and almost outscoring the Knicks by himself in the final frame.

On a somewhat positive note, Julius Randle had 31 points and 10 rebounds and looks to have broken out of his slump in recent weeks. Despite the result, Randle fought hard and did what he could to try and keep the Knicks afloat, without his running mate RJ Barrett, but unfortunately, it wasn’t quite sufficient.

As New York limps into the All-Star break, losers of seven of their last eight games, there is definitely a ton of heat on coach Tom Thibodeau whose roster mismanagement and rigidity have been truly horrendous and detrimental. This evening, Obi Toppin saw only 11 minutes of floor time, which is completely inexcusable, given that he performed well in his time tonight. With the Knicks crumbling in the second half, Thibs was just content with Toppin rotting on the bench. Arguably the biggest spark plug and exciting player on the team, Toppin should have been inserted into the game, instead, we had to watch the same lineup miss shots and commit ill-advised fouls.

Not only are 20-plus-point blown leads a reflection on how players respond to the coach, but the way that Thibs seems to be conservatively managing his team in these situations is flat-out bad and this is the type of performance that could result in Thibs being canned.

Immanuel Quickley doing a little bit of everything in the 4th, 16 points in 16 minutes pic.twitter.com/3TIBbXMAFG

Immanuel Quickley, who has been awful of late, really had a valiant performance to the tune of 18 points, six rebounds, and four assists. IQ did what he could, along with Randle to keep the Knicks ahead, but ultimately he just isn’t the guy you trust at the point guard position going down the stretch to calm the pace and guide the team to victory.

Not taking away from anything Quickley did this evening, it was encouraging to see him ball, but the Knicks have desperately missed Derrick Rose’s leadership and could have used him badly tonight in a game where nothing went the Knicks way in the second half. IQ, despite his impressive box score, isn’t equipped to be the true point guard that the Knicks have seemingly been searching for for decades.

The Knicks are back in action next Friday, as they host Jimmy Butler and the Eastern Conference-leading Miami Heat.