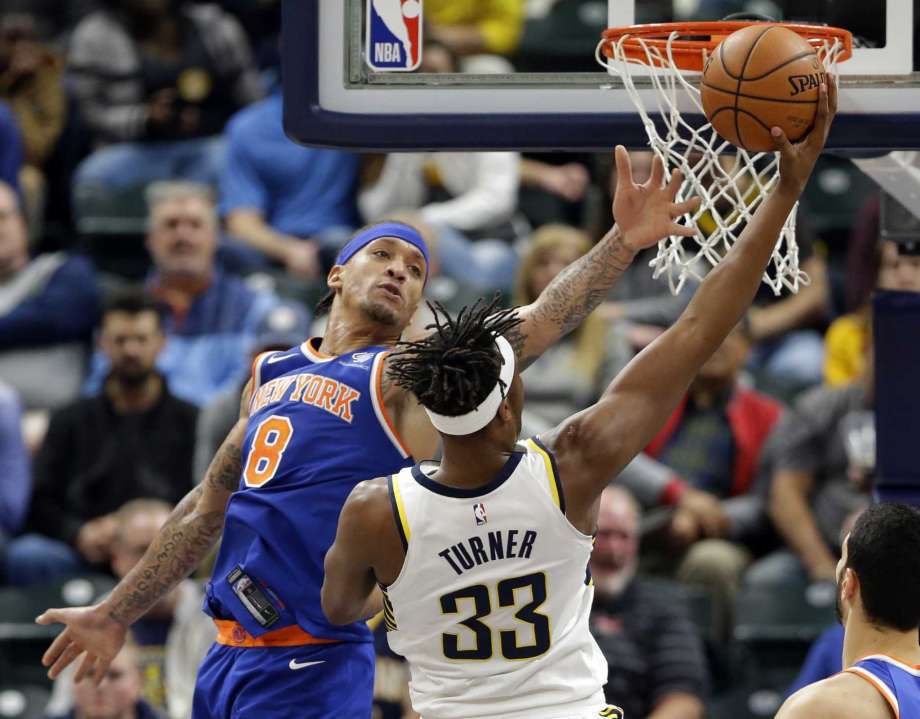 Minus KP and THJ, the Knicks struggled from the tip and lost in blowout fashion to the Pacers.

After a rough loss to Orlando just yesterday, the Knicks took on the Pacers Monday night in Bankers Life Fieldhouse. This was New York’s second straight game with their top two scorers out due to injury, Kristaps Porzingis (ankle sprain) and Tim Hardaway Jr. (stress injury in left shin), and they suffered dearly without them. The Knicks just couldn’t put the ball in the basket, and let Indiana run through them on defense.

In what was a forgettable game, the Knicks shot 44 percent from the field while racking up 17 turnovers. It was a dominating performance for the Pacers, who picked up their 13th win of the season.

Let’s take a look at a few notes from Monday’s blowout in Indianapolis:

The Knicks (11-12) next play the the struggling Memphis Grizzlies (7-15) on Wednesday back at MSG. They’ll have to throw this one out and move on to get back on track and keep the season rolling after a few rough losses in the recent road trip.