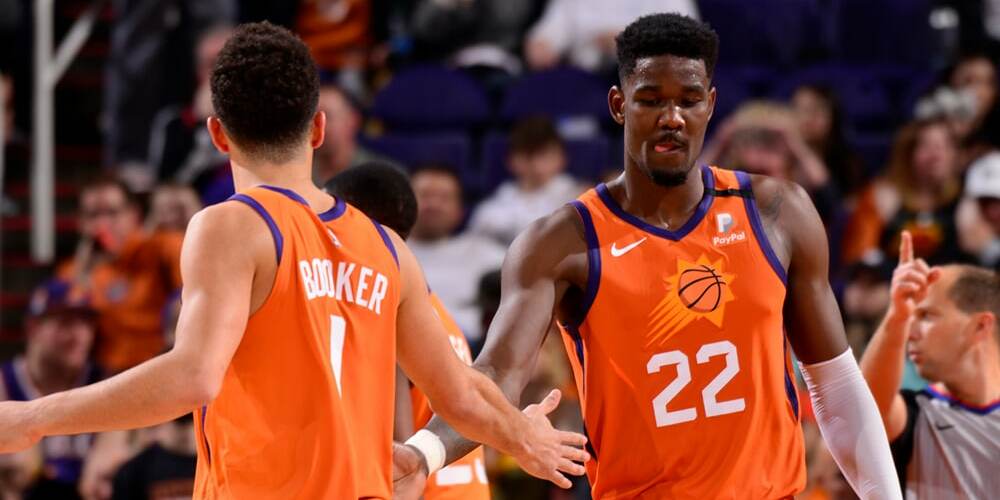 The Knicks could use some more of Headband RJ Barrett as they rematch with Devin Book and the Phoenix Suns at home on Thursday.

After suffering a 26-point loss to the Milwaukee Bucks on Tuesday night, the New York Knicks (11-30) will be back in action at Madison Square Garden against the Phoenix Suns (16-24) on Thursday night. Tip is at 7:30 p.m. ET.

It’s been a bumpy road for the Knicks lately, as they’ve dropped six of their last seven games. The beginning of this seven-game stretch began in Phoenix on January 3rd, where the Knicks suffered a 120-112 loss to the Suns. New York led the game 61-51 at halftime but was outscored by 18 in the second half.

The one bright spot for the Knicks over this recent span was their one win over the Miami Heat last Sunday afternoon. The 124-121 victory over a borderline top-five team in the NBA was easily one of the Knicks’ most impressive wins of the season, and they did it without Marcus Morris and Frank Ntilikina.

In terms of the Phoenix Suns, they’re 3-4 over their last seven with a 123-110 loss to the league’s worst team, the Atlanta Hawks (so there’s hope for the Knicks!), in their last game. Despite having the 11th-best record in the Western Conference, the Suns have a deceiving amount of talent.

Devin Booker is the Suns’ leading scorer, averaging 26.1 points on 50.5% from the field. Additionally, 24-year-old wing Kelly Oubre was taken a huge step forward this season averaging 18.3 points and 6.3 rebounds per game. Not to mention, Phoenix has a veteran point guard in Ricky Rubio who’s second in the league in assists per game with 9.3, and the 2018 first overall pick, Deandre Ayton, who’s averaging 15.9 points and 11.1 rebounds. Those four players are surrounded by solid role players such as Dario Saric, Aron Baynes, Mikal Bridges, and Cam Johnson.

While this game won’t be easy for the Knicks, it’s one of the easier games in their extremely tough January schedule. Here are three additional things to look out for during Thursday’s game.

After we saw R.J. Barrett play some frustrating basketball in December and the first couple of games of January, he’s bounced back nicely over his last six games.

RJ Barrett continues his surge over the last 6 games:

Furthermore, Barrett’s added a headband to his game over his last two, where he’s averaging 22.5 points, 6.5 rebounds, 3.0 assists, shooting 52% from the field, 60% from three, and 81.3% from the free throw line. He’s said the headband will continue, so that’s a fun thing to watch for as well.

The main question is whether this is sustainable or just a hot streak. We’ll find out very soon, but I think it’s possible we’re seeing Barrett’s development right in front of us, and that’s very encouraging.

Devin Booker and Kelly Oubre are two extremely good scorers who are going to get their points. The question is can the Knicks slow them down? In the January 3rd matchup in Phoenix, the Knicks couldn’t do that, which is the main reason why they lost the game. Booker and Oubre, combined for 67 points, shooting 58.1% from the field in the process.

Over Booker’s last 10 games, he’s averaging 31.6 points. Oubre is averaging 20.2 points over his last 10. The message should be clear to the Knicks: make other players beat you.

Knox Beginning to Find Rhythm from Beginning of the Season?

During the first five games of the season, Kevin Knox looked like he had improved since his wildly inefficient rookie season. Over those games, he was shooting 44.2% from the field and 52.4% from beyond the arc.

However, over the last two games, Knox is averaging 13.5 points on 60% from the field and 50% from deep. Is this something that can lead to a good second half of the season from Knox, or just two outlier games? Hopefully, it’s the first possibility.

»READ: The legend of Headband Barrett