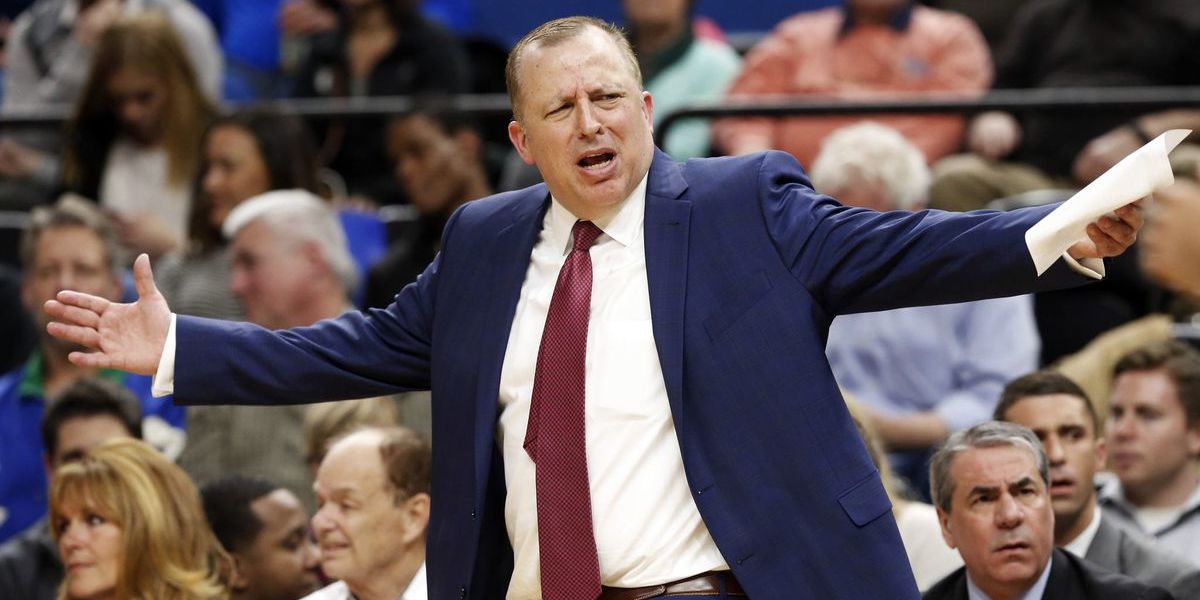 Leon Rose and the Knicks will hire former Bulls and Wolves coach Tom Thibodeau, also an ex-Knicks assistant, for the head coaching role.

Thibodeau, 62, will be the 30th head coach in the franchise history of the Knicks—joining the organization 17 years removed from last serving as an assistant to then–head coach Jeff Van Gundy from 1996–2003. After spending time with Van Gundy with the Houston Rockets and winning an NBA championship on Doc Rivers’ 2008 Boston Celtics coaching staff, Thibodeau earned his first head-coaching gig with the Bulls, helming the team in 2010–15. In his five-year tenure in the Windy City, Thibs went 255-139 (.647) in the regular season, winning the league’s Coach of the Year award in his first season with Chicago.

According to Wojnarowski, Thibodeau is signing a five-year deal to become the Knicks’ head coach.

Thibodeau joins an overhauled Knicks front office, led by first-time executive Rose, who used to represent the ex-Bulls coach during his long tenure with high-powered agency CAA. Since David Fizdale’s December 2019 ouster, Thibodeau has been linked to New York—firstly due to his connection with the franchise as a former assistant coach. Following Rose’s ascendance as the organization’s top decision-maker, the noise surrounding Thibs only grew.

Mike Miller, the team’s interim head coach following Fizdale’s dismissal, was interviewed by the team along with roughly a dozen other names considered. In a wide-ranging interview process, the Knicks reportedly looked at former head coaches Kenny Atkinson, Jason Kidd, and Mike Woodson. Miller and Woodson, notably, have both been mentioned as potential assistants on Thibodeau’s coaching staff, per SNY’s Ian Begley.

Thibodeau, who last coached the Minnesota Timberwolves in 2016–19 along with holding the team president role there, became a “free agent” after he was dismissed from the Northwest Division club, waiting for his next opportunity. Throughout his coaching tenure, Thibs has been associated with tough defense and a vocal presence on the sidelines for his teams along with a “grinder” of tape, watching games and practices when he’s not instructing the team. The Connecticut native played college ball at Division III Salem State College, later employed there as an assistant before moving on to Harvard. Thibodeau joined the bench for several NBA franchises (Timberwolves, Spurs, Sixers) before gelling with Van Gundy.

With Thibodeau on board, the Knicks will go forward rebuilding with young players R.J. Barrett, last year’s third overall pick in the NBA draft, and center Mitchell Robinson. Beyond those two, it’s unclear who remains in Rose’s estimation for the future. Frank Ntilikina was a project point guard once repped by the new Knicks president but a product of two administrations ago; Dennis Smith Jr. was a player traded for by the previous president; and Kevin Knox saw his playing time greatly diminished between his first two professional seasons. Thibs possesses a reputation of playing veterans without deferring to a team’s younger, developing players, so one prominent storyline for the new Knicks coach’s reign will be how quick he is to lean into the development needs of the young team.

The decision for the next Knicks head coach was delayed due to the COVID-19 pandemic, which suspended the NBA’s season in mid March and stretched beyond what would have been the natural conclusion of the regular season for the league and the playoff-less Knicks. The ‘Bockers were not one of the 22 NBA franchises invited to Orlando, Florida, to continue the season. Instead, they will continue their very long offseason revamping the organization.

The Knicks made the Thibodeau hire official on Thursday, sending out a press release.

“Tom Thibodeau is a proven winner who gets the most out of the players and teams that he has coached,” said Leon Rose … “He will bring leadership, accountability and a hard-working mentality to our organization. We are excited to bring him back to New York and look forward to collaborating with him and his staff toward a successful future.”

“I’m grateful for the opportunity to return to this historic franchise as head coach and work alongside a talented front office that I have great trust in and respect for,” said Thibodeau. “I know what New York is like when the Knicks are successful and there is nothing comparable. I look forward to being a part of what we are building here and can’t wait to get to work.”

»READ: Tom Thibodeau should not considered for Knicks head coach