Knicks Look to Flip the Script Against Timberwolves 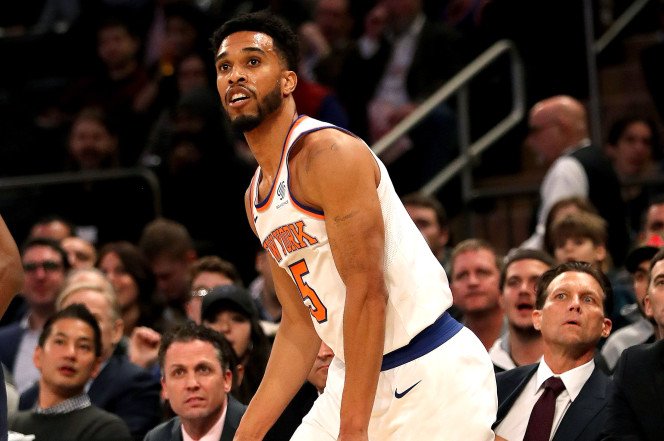 With losing becoming the new norm, a trip to Minnesota represents another telling road test for a reeling Knicks squad.

Hard times have fallen on the Knicks (19-22). Playoff hopes are fleeting as the January swoon continues. On Wednesday night, they dropped a double OT affair to the lowly Bulls, a team that they can’t seem to beat. Tonight, they face a tough opponent in the Timberwolves (27-16), who have looked like direwolves as of late, winners of their last three.

Coming up, the Knicks face a West Coast trip with stops at Golden State (who they play twice this month), Denver (where they haven’t won since pre–Carmelo trade), Utah, and Phoenix. I would say the latter two are winnable games, but Wednesday night’s loss to the Bulls hammered home the point that no opponent can be taken lightly. Not to get dramatic, but if they cannot put together some wins, #TankSZN might be making a return.

With that in mind, this meeting of Kristaps Porzingis and Karl-Anthony Towns becomes that much bigger. Any time these two dragons throw down, it’s electric. Tonight, the stakes are higher for the Knicks in this game. What can they do to make sure they snag a third straight win at the Target Center? Let’s take a look.

As someone who chided the team for dishing out $71 million on Tim Hardaway Jr., I would like to admit that I know nothing. There is little left to question in regards to the impact Hardaway Jr. has on this team’s productivity.

To further get the point across, look at KP’s shooting numbers since he lost his partner:

KP’s percentages across the board are down. He’s playing more but producing less. That’s no bueno. The good news is that Timmy may be back as soon as tonight.

According to ESPN’s Ian Begley, Hardaway Jr. is questionable for tonight’s contest. His status will depend on how pregame goes. He has not had a target return date throughout his absence, but he has been a full participant in practice recently. If he is able to come back tonight, the timing could not be any more ideal.

Is he tired? Can he handle the load of being New York’s franchise player? Does he have enough help? Why are the Knicks running isolations for him?

If I asked you to name the player I am referring to and your only clue is that he has played for the Knicks in the past 36 months, what would your answer be? Porzingis is the guy I’m talking about, but isn’t it sad that he is running into the same exact hurdles his mentor Melo went through? Maybe it’s not a player problem, but an infrastructure problem.

Yes, Porzingis has looked sluggish at times. Yes, his shot selection has gotten worse this season. But my question to you is, have Hornacek and staff put him in optimal opportunities to succeed? I do not believe so. Conversely, look at how Chicago integrated Lauri Markkanen. Fred Hoiberg does not run iso after iso after iso for his young big. He uses him within the flow of the offense. This has been the case for Porzingis at times, but those instances are few and far between.

I’m not calling for Hornacek’s head on a spike (yet), but at some point he has to make an adjustment.

Speaking of adjustments, what happened to Hornacek’s bullyball lineups? The Knicks coach talked it up after the Mavs win, then put the kibosh on it a game later. In a double overtime game (58 total minutes), Willy Hernangómez saw zero. Enes Kanter barely played after the third quarter, a consistent trend that Kanter himself is baffled by.

This wouldn’t be an issue if Hornacek would not have talked about attacking teams with his surplus of bigs. The Bulls didn’t exactly go small last night, even though Nikola Mirotic didn’t play. If there is little to no Willy tonight and if Kanter’s fourth quarter minutes do not increase, you can’t help but wonder why Hornacek even mentioned the bullyball strategy to begin with.

Matchup of the Night: Kristaps Porzingis vs. Karl-Anthony Towns

This has been quite a string of adversaries for Porzingis. On Sunday, he gave his elder statesman Dirk Nowitzki the business. On Wednesday, it was Porzingis on the receiving end of a schooling, this time at the hands of Lauri Markkanen, who is the most recent iteration of the stretch Euro that will be compared to Dirk because he’s tall, white, and can shoot. Karl-Anthony Towns is a different beast altogether.

Towns is KP’s rival. Even if they like each other–which appears to be the case–it is still a rivalry in the sense that their achievements will always be measured against one another. It’s more of a LeBron-Melo thing than it is a LeBron-Durant thing. They were the blue chippers of that overhyped 2014 draft class, and both happen to be the faces of their franchises at an early age.

Porzingis has a 4-0 series lead, but as Carmelo can tell you, those head-to-head records can change in a hurry. Towns comes into this game at the ideal time. When the Knicks visited last year, Towns devoured them, going off for a career-high 47 points. Since then, his offense has only gotten better. He has a career-high 59.2 effective field goal percentage this season while also shooting 40.9 percent from three, also a career best mark.

Where this matchup can turn ugly is on defense. Porzingis is still the superior rim protector, while Towns comes in playing the best defense of his career. Since December 12th, Towns has trimmed his defensive rating from 108.3 to 101.1 His blocks per game have nearly doubled from 1.3 per game to 2.0. We can all thank Joel Embiid for his improvements.

There is no question this will be a war down low. Given that Towns has the bulk, Porzingis will have to win with finesse. KP could be better off dragging Towns out to the perimeter and try and relapse some bad habits. One of the best facets of KP’s offense is that he is so crafty for a man his size. He can dribble the ball enough to get a defender antsy. He can hit you with a little Dream Shake remix from the midrange. He can simply raise up over literally anyone from deep.

This is how he will win his matchup. If he tries to go mano-a-mano, Towns will gobble him up. He’s too big and too skilled. It is the type of matchup that will push Porzingis to the edge, which could be a blessing in disguise. Either way it figures to be one hell of a sight to behold tonight. 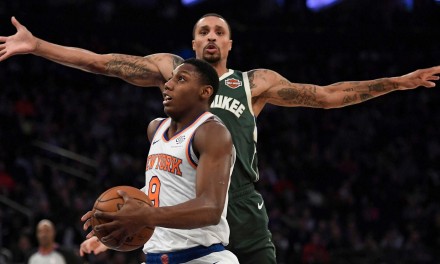 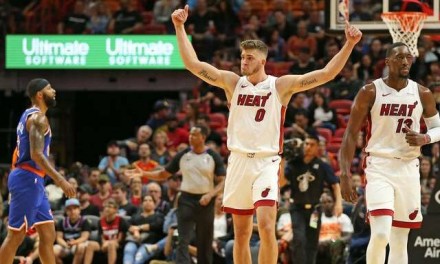 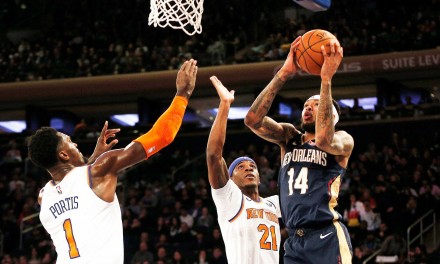 Knicks, Without Randle, Regroup Back Home Against Pelicans After Losing Road Trip