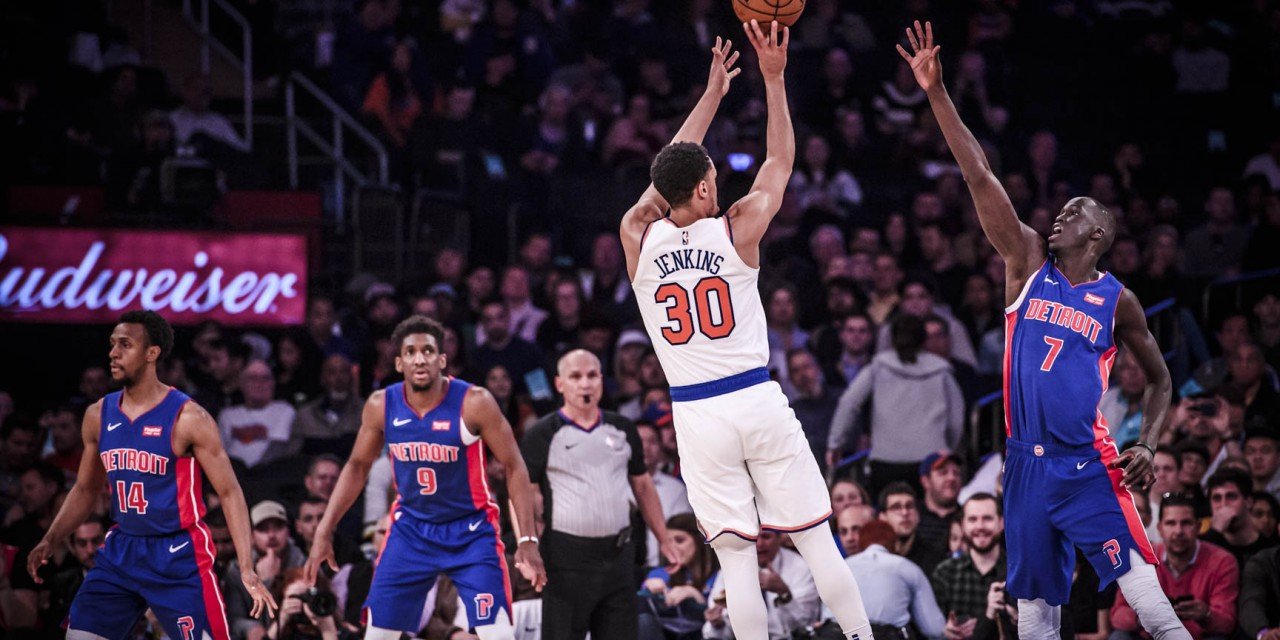 G League stand-out John Jenkins played 22 games with the Knicks this past season, but the team plans to decline his team option, with interest in bringing him back.

The New York Knicks plan to decline their team option on the contract of John Jenkins, making the shooting guard an unrestricted free agent. The market opens at 6 p.m. ET on Sunday, June 30th.

Jenkins was drafted by Atlanta in 2012 before finding himself with Dallas then Phoenix. The 6-foot-4 Vanderbilt product would play in the G League and land in Westchester with the Knicks’ affiliate, competing in the 2016–17 and again in 2018–19. Jenkins would leave White Plains briefly when he signed with Washington before landing back with the DubKnicks. After that, New York signed Jenkins to a 10-day deal, then a contract for the rest of the season with a team option for the next.

The Knicks decidedly will not pick up the team option, however, the New York Post‘s Marc Berman reports, although there is “interest” in bringing him back.

This has been a common theme for a few peripheral Knickerbockers. Recently, the Knicks did not extend qualifying offers to free-agents-to-be Luke Kornet and Emmanuel Mudiay. This, plus the Jenkins option decline, points to the team clearing maximum space to sign one (or more) free agent(s) to large, expensive contracts. Reports indicate Jenkins, and even Mudiay, could return to the Knicks but likely lower down the totem pole of priorities after the Knicks either ink or miss out key targets like Kevin Durant, Kawhi Leonard, and Kyrie Irving.

Jenkins’ coach in Westchester, Mike Miller, will serve as an assistant for New York head honcho David Fizdale, so coming to terms to return to the Knicks for Jenkins would be a reunion of sorts with Miller, too.