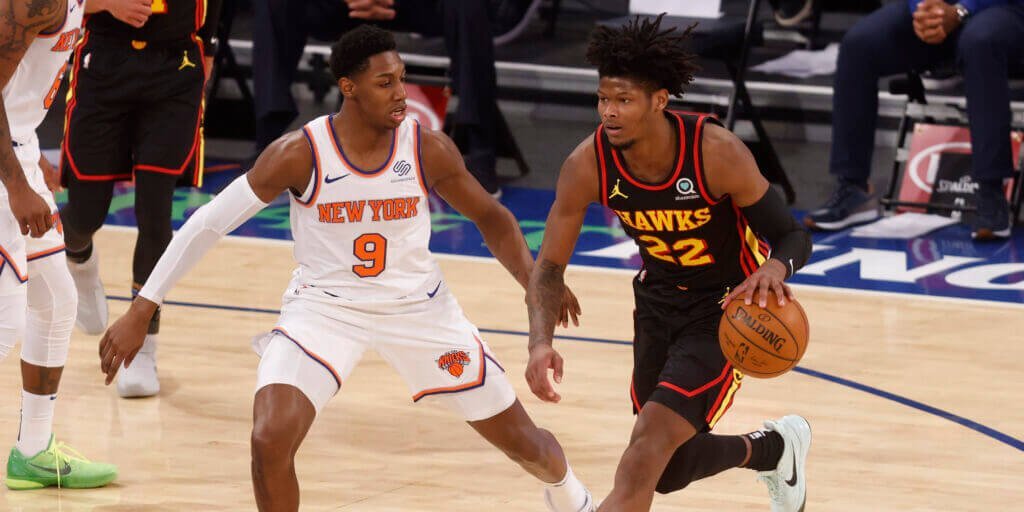 The Knicks are reuniting former Dukies Cam Reddish and RJ Barrett, also acquiring Solomon Hill and a pick for a protected first-rounder.

The New York Knicks have traded for Atlanta Hawks wing Cam Reddish in exchange for a protected 2022 first-round pick by way of the Charlotte Hornets and forward Kevin Knox, per ESPN’s Adrian Wojnarowski. Newsday‘s Steve Popper confirmed the deal.

The Knicks will also be absorbing veteran forward Solomon Hill from Atlanta and the Brooklyn Nets’ 2025 second-round pick.

This is the first move ahead of the trade deadline on February 10th for New York, which is certain to make a splash, as the Knicks had Reddish on their radar as a potential target. They also offloaded Knox, who now has the potential for more playing time in Atlanta’s rotation after riding the bench for the greater part of this season with the Knicks.

Knox, 22, was the ninth overall pick of the 2018 NBA Draft by the Knicks, averaging a double-digit scoring output as a rookie but gradually losing playing time as the Knicks added more pieces and turned into a playoff team.

The 22-year-old Reddish, a 6-foot-8 wing, has been steadily improving as a shooter with the Hawks over his short career and has been averaging 11.9 points a game on 40.2% shooting from the field and 37.9% shooting from deep. Reddish, most importantly, plays defense similar to the liking of hard-nosed Knicks coach Tom Thibodeau. He will also be reuniting with former Duke teammate RJ Barrett, as the pair of former Blue Devils both were claimed in the lottery of the 2019 draft.

The Knicks let loose of Charlotte’s protected 2022 first-round pick, acquired when moving out of the 19th overall pick during last year’s draft. It’s protected top 18 this year and top 16 next year; the up-and-coming Hornets team is currently 20th in the draft order if the season ended today.

Hill, 30, is a nine-year NBA vet on an expiring contract. He’s only appeared in 13 games during the 2021–22 season, currently nursing a hamstring injury.

»READ: What should the Knicks do with Kevin Knox going forward?