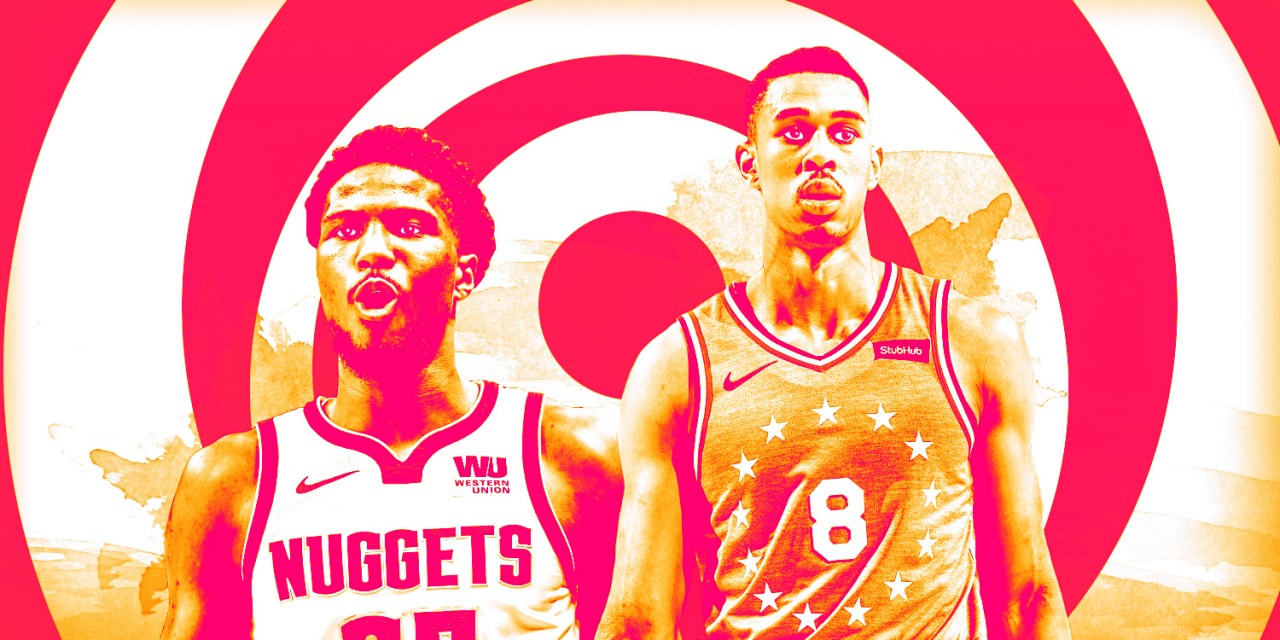 While it’s true the Knicks need to be sellers by the trade deadline, crucially New York also needs to bring in more young, workable talent.

The idea of the New York Knicks being sellers at the trade deadline was set in stone months ago. As David Fizdale was fired, the free-agent acquisitions failed to settle in, and planning for the future became the main objective, the likes of Marcus Morris, Julius Randle, Bobby Portis, and Elfrid Payton appear to be assets to move.

However, the Knicks should also be interested in acquiring players who can help them in the long term at the deadline. With the lackluster talent on the roster, being proactive and looking to find better players—and fits with the top young players on the roster—would be a wise move.

While the idea of a superstar trade for Karl-Anthony Towns continues to be bandied about, there are better, cheaper alternatives for the Knicks who can help them in the long term. Here are a few players that make sense for the ‘Bockers.

In constructing the next decent Knicks team, the Knicks will need players who can shoot, players who can defend, and a head coach who will play lineups with more than one shooter. Malik Beasley fits the description of “shooter” at this stage in his career.

The Nuggets want to move him and he’s a pending free agent, which would allow a team that acquires him a chance to get the next 4.5 seasons of control. In the midst of a poor season, Beasley shot 40.2% on 405 threes last year and is at 39.3% this season. Placing him at the shooting guard position would offer R.J. Barrett and Mitchell Robinson someone who can space the floor.

And, again, the restricted rights. Being able to get him into the door early and see how he fits before investing upward of $30 million would be wise. At the very least, you would have a decent wing who can offer shooting off the bench. Perhaps you have a low-level starter who can knock down threes.

If the Knicks don’t trade for Beasley this deadline, they should be prepared to line up a free agent offer for him come July.

Another option would be to pursue players in limbo—guys stuck on good teams who don’t have minutes allotted to them at the moment. As New York cleans up the roster with some trades, there should be minutes available to newer talents.

On a Bucks team with a solidified roster, D.J. Wilson is on the outside looking in. At just 23 years old, it would be interesting to see if the Knicks can turn him into a consistent stretch big man. Last season, Wilson shot 50.6% of his shots from three. This season, mostly in the G League, Wilson has shot 46.7% of his shots from three. While the results have been questionable and within a small sample size, Wilson could be a nice risk for a Knicks team who needs shooting.

Zhaire Smith had an astronomical rise from three-star recruit to 16th overall pick in the NBA draft. In his lone season at Texas Tech, Smith flashed elite defensive and athleticism. An allergic reaction nearly ended his life and pushed him down the pecking order in Philadelphia. For New York, he’s a worthy gamble who could return to his pre-draft form.

It doesn’t feel like either are starters; both Smith and Wilson could be interesting buy-low options who could receive a bulk of minutes from New York in the second half of the season.

You can’t always acquire 21-year-olds. Sometimes, you need a good veteran player who can hold down a role as you develop someone behind them. In this case, the Knicks could use both Kyle Anderson and Norm Powell.

Anderson, nicknamed “Slo-Mo,” doesn’t shoot well, but he’s a smart defensive player who can handle the ball and create for others. In a smaller game, he can also dabble at either frontcourt spots to provide shooting around him. He doesn’t fit alongside Barrett or Mitchell Robinson, but he could do wonders for New York’s weaknesses.

But in a world where the Raptors merely want to dump the contract, the Knicks could do far worse than Powell, who made 40.0% of his threes last season, 38.9% this season so far, and is a neutral defender. Again, Powell would be another shooter in the rotation to offset Barrett and Robinson’s lack of shooting.

Neither player moves the needle enough to hurt the Knicks now, but both players could help New York and provide a stable veteran presence in their rotation.

Both players entered the league six months ago and while they haven’t jumped off the screen right away, both were intriguing draft prospects and could be interesting names for New York due to their current skill sets.

Ty Jerome left the University of Virginia with solid size at 6-foot-4, good ball-handling ability, and as a 40.0% shooter from three. His athleticism and defense are question marks at the pro level, but as a secondary creator and spot-up shooter, he could be a nice, inexpensive add for the Knicks.

Talen Horton-Tucker is a do-it-all forward who can improve his shooting. Known for his unorthodox game and size (6’4″ with a 7’1” wingspan), Tucker is currently averaging 18.1 points, 7.8 rebounds, 5.5 assists, and 1.4 steals per 36 minutes for the Los Angeles Lakers’ G League affiliate. The 27.0% three-point shooting is poor, though.

Both players feel like pieces that New York can add for relatively cheap to see if they can develop into role players. Both can snag minutes as a role player late in the season, allowing interim head coach Mike Miller to develop them as he sees fit.

New York’s poor record shouldn’t stop them from looking for pieces for the next decent Knicks team. Assuming Mitchell Robinson and R.J. Barrett are the team’s lone building blocks, the Knicks should look to surround them with shooters and versatile defenders.

With proper scouting and foresight, the Knicks could find players who can help them fill those holes before reaching free agency.

»READ: Is Masai Ujiri worth the high asking price for the Knicks