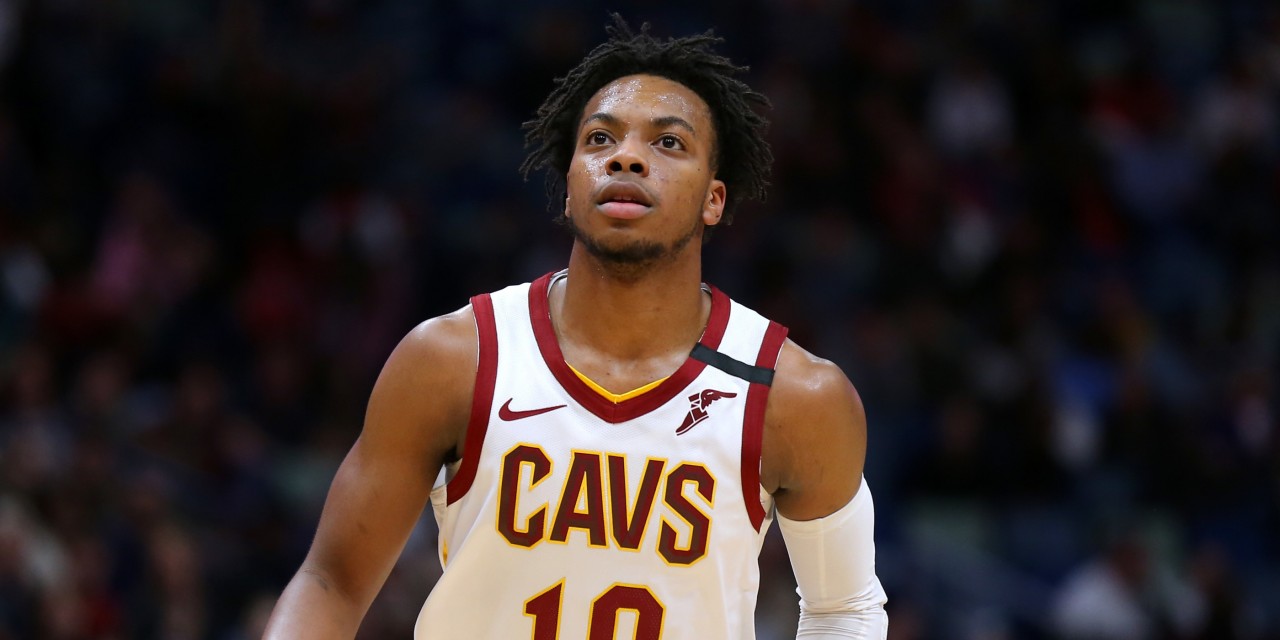 Continuing with the second edition of the series, The Knicks Wall’s Sam DiGiovanni looks at what trades are possible with the Central Division.

This is part two: the Central Division. Teams are listed in alphabetical order by city. Here’s part one. (Trade graphics are courtesy of TradeNBA.com.)

Trading for a stretch big would be a wise move for New York. Chicago offers two options in Lauri Markkanen (who has primarily been a power forward but play center) and former Knick Luke Kornet. Prying away Markkanen could be tough, as the Finnish seven-footer still boasts intriguing potential despite having a down year in this past season.

Kornet, who is older than Markkanen and doesn’t possess his shot-creating potential or rebounding abilities, should be easier to acquire. The 7-2 stretch big man who spent his first two professional seasons as a Knick, was a pretty decent shooter in New York, taking two-thirds of his shots from beyond the arc and converting on 36.0% of them. He also provided good effort and shot blocking on defense.

To entice Chicago to trade Kornet even more, the Knicks would take on the overpriced contract of Cristiano Felicio. The Bulls would receive Taj Gibson, who spent the first eight seasons of his career in Chitown, and the right to swap picks with New York in the 2021 draft. Chicago posted a better record than New York this season despite injuries to several key players, so the picks would likely swap.

(note: in this trade, Charlotte’s second-round pick would be protected so that it would only convey to Cleveland if the picks swap.)

This one should stir up the Frank Ntilikina hive. Fellow hive members, please hear me out before blasting me on Twitter.

New York and Cleveland swapping young guards would be an attempt to address long-term team needs: outside shooting for New York and defense for Cleveland.

While Ntilikina’s defense will be sorely missed in New York, Garland has the potential to be an adept shot-creating point guard, which most of the best teams around the league have. The 6-foot-1 former Vanderbilt Commodore averaged 12.3 points and 3.9 assists this season. The rookie made 1.8 three-pointers per game on 35.5% shooting from deep.

The Knicks’ point guards, who all have at least two full years of NBA experience, couldn’t match any of those marks from last season, save for six-year veteran Elfrid Payton and his 7.2 assists per game. Garland averaged more points than New York’s young point guards combined; Ntilikina and Dennis Smith Jr. could only muster up 11.8 points per game last season. All three of New York’s point guards collectively made 1.6 triples per game, 0.2 fewer than Cleveland’s rookie.

Meanwhile, the Cavaliers have another promising bucket-getting point guard in Collin Sexton, as well as a potentially lethal scoring wing in Kevin Porter Jr. The area the Cavs desperately need help in is defense. Cleveland’s defense is comatose, producing the worst and third-worst Defensive Ratings of all time over the last two years. Nitlikina can’t cure that by himself—no one can—but he can certainly help. He can take the team’s lead guard while letting Sexton take the reins on offense.

Additionally, the Knicks receive the right to swap draft picks with the Cavaliers if the Cavs land a higher pick in the 2021 draft. Should the picks swap, Cleveland will receive a second-round pick that will likely be at the beginning of the round.

The focal points of this trade are Kevin Knox and Svi Mykhailiuk, the ninth and 47th picks, respectively, in the 2018 draft. The two young forwards would switch locations, while Detroit adds a first-round pick via the Dallas Mavericks.

The Knicks would be wise to look Mykhailiuk’s way. The 23-year-old shot 40.4% from beyond the arc on 5.1 attempts per game and averaged 9.0 points in 22.6 minutes. New York is in dire need perimeter shooting now and moving forward. Mykhailiuk is productive enough to help the team right now, and young enough to be considered part of the Knicks’ “young core” and develop his game further. He is a solid ball-handler and decent defender, too.

Although the Pistons are giving up a good young piece of their rebuild, they gain the chance to add two. Kevin Knox hasn’t made any significant improvements to his game after being an admittedly bad rookie. The 6-foot-7 20-year-old is still athletic and has shown promising shooting abilities, but those are just about his only redeeming basketball qualities. Detroit would also receive Dallas’ first-round pick next year, offering two chances at finding a player to rebuild with/around.

The Suns get involved because the Pistons would need to shed a little more salary. Phoenix’s bench was 27th in scoring this season, so adding Rose could help them produce more offense. To balance the salaries further, Detroit would receive Frank Kaminsky.

T.J. Leaf and Edmond Sumner have been seldom used by the playoff-contending Pacers, collectively averaging slightly over 20 minutes per game. Still, it should behoove New York to take flyers on the youngsters in exchange for one of their veterans. Leaf has displayed decent three-point shooting, as he averages 35.6% from deep over his three-year career. Sumner could become a solid defender—boasting a 6-foot-9 wingspan and tantalizing athleticism—and has a competent handle.

Reggie Bullock would also be a good candidate to trade. Indiana may even prefer him to Ellington because his contract is monetarily worth half of Ellington’s. For the sake of keeping the trades in this article different, Bullock will be moving on to a different playoff team.

Similar to Indiana, the Bucks would only be interested in acquiring a player that can help their pursuit of a championship. Bullock, an able defender that can shoot and handle the ball, fits the bill.

New York would receive D.J. Wilson and a second-round pick from Indiana. Wilson, a 6-foot-10 24-year-old, hasn’t contributed much in his career so far. Still, he has the tools to become a valuable stretch big. He’s athletic, possesses a 7-foot-3 wingspan, and shot 36.2% from deep last season. Even though a player like that would benefit the Bucks, they probably don’t want to wait too long for Wilson to develop.

Along with Wilson, Milwaukee would send New York a 2021 second-round pick courtesy of the Pacers, which will likely be somewhere in the 45-55 range.