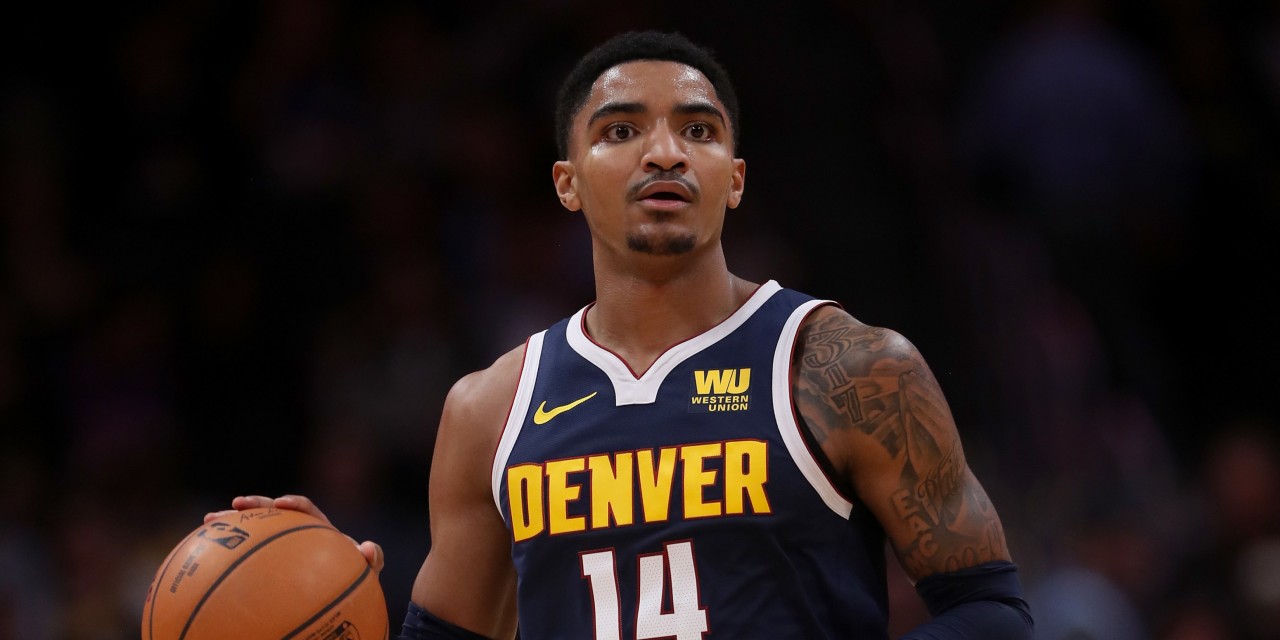 Moving to the Western Conference, we look at which trades the Knicks could make to improve a few key areas, like dealing for a better backcourt.

This is part four: the Northwest Division. Teams are listed in alphabetical order by city. Here are parts one, two and three. (Trade graphics are courtesy of TradeNBA.com.)

The focal point of this trade is the division-leading, third-seed-owning Nuggets sending a young role player New York’s way in exchange for two older role players.

As a 23-year-old in the 2017–18 season, Gary Harris averaged 17.5 points while shooting 48.5% from the field and 39.6% shooting from deep on 5.9 attempts per game. His usage and shooting efficiency has declined in the two seasons; this past season he put up the lowest points per game average since his rookie season. The slip is due in part to other options (Nikola Jokic and Jamal Murray) improving and thus increasing their usage. Newcomers Jerami Grant and Michael Porter Jr. have also taken up looks that have previously gone to Harris.

Adding a youngish perimeter scorer could help open up the floor for New York’s younger players, giving them a reliable shooter and smart cutter. The Knicks would also get Keita Bates-Diop, a young forward that won Big Ten Player of the Year in 2018.

The Nuggets would receive two other wings who have posted multiple seasons shooting well above average from beyond the arc, as well as the chance to unlock any potential that Dennis Smith Jr. may still have. Additionally, they gain some flexibility with salaries, breaking down roughly $18 million across three different contracts with one less guaranteed year.

Now that the 14th-place Timberwolves boast two young All-Stars in Karl-Anthony Towns and D’Angelo Russell, the franchise is likely looking to turn their fortunes around and compete for the playoffs. Adding two supporting pieces in Elfrid Payton and Wayne Ellington could aid their attempt to advance to the postseason again.

Both Payton and Ellington (who started his career with Minnesota) offer skills in areas that the Wolves lacked last season. Ellington’s shooting (just 35% from deep last season but has shot 37.8% over his entire career) and Payton’s playmaking (7.2 assists per game last season) can help the Timberwolves, who ranked in the bottom 10 league-wide in both three-point percentage and assists per game.

The Thunder stripped down their old playoff-staple core for a new playoff-contending core this past summer. One of New York’s veterans, like 3-and-D wing Reggie Bullock, would interest them the most.

Part of dismantling the old playoff core included stockpiling draft picks. OKC would use one of those picks, which will likely end up near the end of the first round, to add Bullock. The Thunder would also have to send salaries to New York to facilitate the deal, which would come in the form of the contracts of Mike Muscala and Abdel Nader, players who rounded out the end of the Thunder’s bench.

Nader, 26, and Muscala, 29, shot decently from beyond the arc last season at 37.1% and 35.8%, respectively. While neither is a player who deserves heavy minutes (like many other Knicks, truthfully and tragically) their shooting abilities would be useful to the team that shot the fourth-worst percentage from behind the arc last season.

Due to injuries to several key players, Portland is close to being on the outside looking in at the playoffs for the first time in six years. Adding more solid role players would help them remain competitive. Out of the players on New York’s roster, Elfrid Payton and Reggie Bullock would likely be two of the names that interest them the most.

Although the Blazers would be remiss to send away Collins, they already have two quality centers. Jusuf Nurkic, their third-best player when he’s at full strength, is returning from injury. Hassan Whiteside, who started in his place, submitted a strong season, leading the league in blocks per game and recording the second-most rebounds per game and sixth-highest field goal percentage. Collins has played power forward before, but his true position is center. If Portland looks to re-sign Whiteside, Collins’ status with the team would be questioned more.

Should he land in the Big Apple, Collins would tag team Mitchell Robinson to give New York a young, effective rotation at the center position. The 22-year-old Collins, at 6-foot-11, is a stout interior defender and shot 33.1% from deep on 1.6 attempts and 74.6% from the free throw line in the 2018–19 season (he only played in three pre-bubble games this year).

Additionally, Trevor Ariza, who’s still a decent 3-and-D wing at age 35, returns to the team he started his 16-year career to make the trade financially function.

The possibility of New York trading for a different old point guard, Chris Paul, has been frequently reported and discussed after Paul was dumped to Oklahoma City last summer. Now that Paul has made the absolute most with his new opportunity, leading the Thunder to the fifth seed, perhaps New York should look to a different veteran point guard: Utah’s Mike Conley.

Conley played his way to All-Star contention with the Memphis Grizzlies but was never nominated to the big game. After the Grizzlies decided to enter a rebuild, the 31-year-old floor general was traded to the playoff-contending Jazz in the prior offseason. His first season with Utah has been very disappointing and his contract is enormous. Moving that contract while adding more depth could help the Jazz improve their roster and compete at a higher level.

Utah receives a slew of veteran support pieces and Smith Jr. The franchise has been one of the most adept at developing players in recent memory, and they would get the chance to improve on the young, athletic point guard’s game.

The Knicks’ youngsters would be better off if they made this deal because it would open more playing time for them, provide them with one of the best teammates in the NBA that, even in a down year, is a solid player. New York would also receive the Golden State Warriors’ second-round pick.

»READ: Luke Kennard is a quality trade target for the Knicks