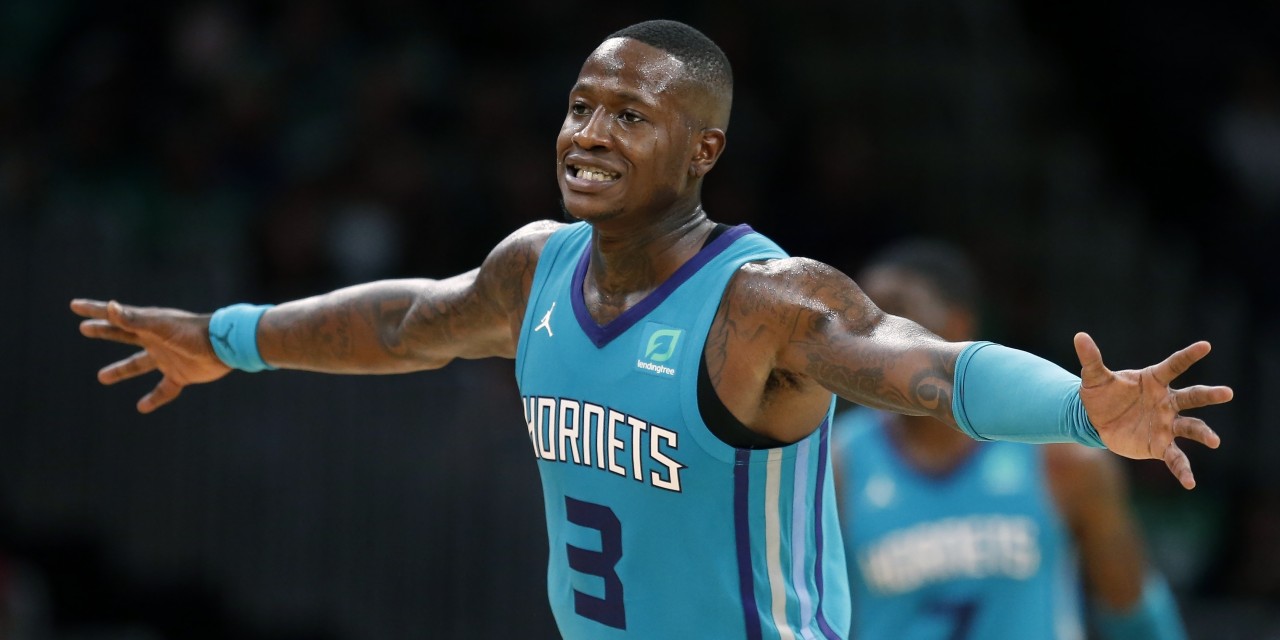 Moving to the final Eastern Conference division, we look at what trades make sense for the Knicks to improve the roster going forward.

This is part three: the Southeast Division. Teams are listed in alphabetical order by city. Here are parts one and two. (Trade graphics are courtesy of TradeNBA.com.)

Despite posting a worse record than the Knicks this past season, the Hawks are looking to build a competitive team around young studs Trae Young, John Collins, and Kevin Huerter. In order to do so, Atlanta should look to open up as much cap space as possible for the summer of 2021, which could offer a bounty of stellar free agents.

Dewayne Dedmon’s contract is a $13 million glut. Opening up that space will give Atlanta more room to sign a max free agent while extending Collins, whose contract will be up. Even with a bloated contract, Dedmon is a decent rim running center who shot 38.2% from deep last season. He would be a fine veteran for the Knicks, and adding a draft pick—even one likely near the end of the second round—can help their rebuild.

Portis’ contract, whose per-year compensation is similar to Dedmon’s but expires after next season, works in a trade. Despite being an average three-point shooter, Portis could benefit Atlanta, who just posted the worst three-point percentage in the league.

Julius Randle and Terry Rozier are both offensive-geared guys in their mid-20’s with contracts worth just south of $40 million over the next two seasons. New York and Charlotte swapping them could help both franchises.

Charlotte threw a big contract Rozier’s way in order to secure a potential franchise point guards. Unbeknownst to them—and just about everyone else—second-year point guard Devonte’ Graham was ready to catapult onto the scene as one of the league’s biggest breakout players.

Swapping out Rozier for Randle allows Graham more time as the lead guard while letting a more defensive-minded player, like Cody Martin, start alongside him. It also provides Charlotte the option to clear cap space after next season, as Randle’s contract after next season has a team option and Rozier’s is fully guaranteed.

New York tossed Randle his big contract in the hope of making him a centerpiece of the team. Technically, that’s what happened this past season, but it wasn’t pretty. On a team that prioritizes three-point shooting—Charlotte ranked 10th in the league in three-point attempt rate—Randle would likely be more effective.

Rozier’s shot creation and perimeter shooting would aid New York’s offense. He averaged 18.0 points and 4.1 assists while shooting 40.7% from behind the arc, including 45.7% on catch-and-shoot triples. Offensive production like that from the point guard position is foreign to New York and would greatly benefit R.J. Barrett and Mitchell Robinson, who get most of their points in the paint.

The division-leading, fourth-seeded Heat would only be interested in receiving players immediately ready to help their hunt for a championship. Reggie Bullock and Wayne Ellington (the latter of whom spent the prior three seasons with Miami) would be ideal candidates.

Big man Kelly Olynyk would be sent to New York. Although he would add to the Knicks’ big man surfeit, he’s a true stretch big, shooting over half of his shots from beyond the arc on 43.2% shooting last season. Playing him and Mitchell Robinson together is feasible in limited minutes.

Due to trading away numerous draft picks, the Heat can’t trade a first-round pick until 2025. While that first may be preferable to New York, moving one in exchange for decent role players on expiring contracts probably won’t fly with the Heat. The only second-round pick at Miami’s disposal is in 2022 and will likely be in the 50’s.

(Note: Iwundu would be sent to New York via a sign-and-trade. His new contract would be worth $5.8 million over two years.)

For the Knicks, a trade with the playoff-contending Magic would likely be for one of their veterans. In this trade, the Magic receive Reggie Bullock to fortify Orlando’s wing rotation.

In exchange for Bullock, the Knicks receive 25-year-old Wes Iwundu. The 6-foot-6 forward has the potential to be a good defender and a decent shooter. His contract ends after this season, so he would sign a two-year contract.

Orlando would need to shed a little over a million dollars of salary to make the transaction work. To do so, the Grizzlies receive 23-year-old Melvin Frazier Jr. and they send back the Toronto Raptors’ 2024 second-round pick.

(Note: Bertans would be sent to New York via a sign-and-trade. His new contract would be worth $36 million over three years.)

If Davis Bertans decides against returning to the Wizards, the franchise would be smart to execute a sign-and-trade so it can capitalize on Bertans’ value.

I previously discussed why Bertans would be a lovely addition to New York. In this hypothetical trade, he would sign a contract worth $13 million per year. Third-year guard Jerome Robinson and veteran point guard Ish Smith are added to make the salaries (almost) match but they would also be good additions to New York.

Randle, even though he can be infuriating, is one of only 10 players to average 19 points and nine rebounds over the past two seasons. He posted his most productive season playing alongside Jrue Holiday, suggesting he can be a useful player when he has a star-caliber guard to help, which Washington’s Bradley Beal (and John Wall if he’s healthy) can certainly provide.

Still, it would most likely take Bertans leaving for Washington to consider this trade. And since they’re also losing a third-year guard, they would probably want an additional asset, which could come in the form of Detroit’s second-round pick.