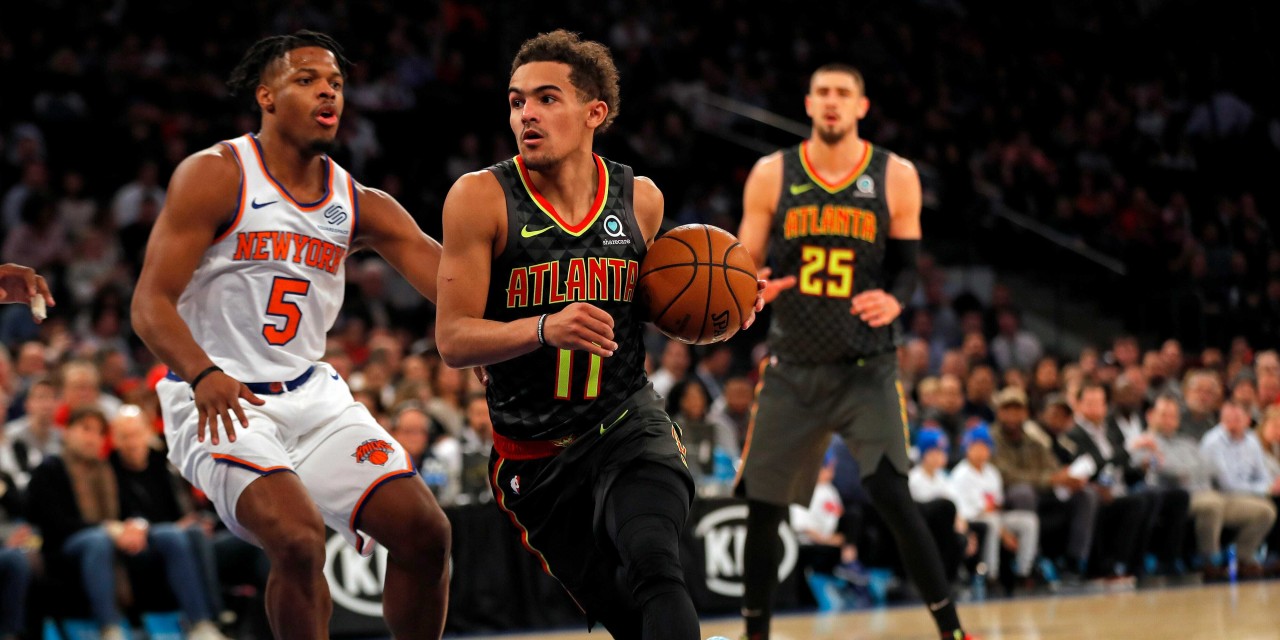 Can the Knicks finally stop Trae Young for once? Frank Ntilikina and the visiting squad are tasked with halting the Hawks on Wednesday.

The New York Knicks (20-45) take their talents (or lack thereof) down to the ATL this evening as they look to secure the rubber game of their season series against the young Atlanta Hawks (20-46). Last night, the Knicks coughed up a 16-point halftime lead against the Wizards in embarrassing fashion en route to their third loss in four games.

New York looks to bounce back tonight against a bad but exciting Hawks squad that has won nine of their last 12 at home, per ESPN. All-Star pint guard Trae Young has been one of the few bright spots for the Hawks this season, enjoying a breakout sophomore campaign to the tune of 29.4 points per game and 9.3 assists per game, per Basketball-Reference. The 21-year-old has taken the league by storm with his incredible scoring ability and sleek passing game. Young recently became the fastest player in NBA history to hit 350 three-pointers and also recorded his 27th double-double of the season in his last game.

In two matchups against the Knicks this season, Young has scored 42 and 48 points, torching a Knicks defense that has consistently struggled defending talented guards. With Frank Ntilikina playing so well last game and him being the Knicks’ best perimeter defender, expect the French guard to be assigned to cover Trae Young. Ntilikina (6’4”) has a size advantage over Young who is 6’1” and can hopefully use that to his advantage in disrupting Young’s rhythm from beyond the arc.

John Collins, Young’s running mate has also had himself a nice season after missing 25 games due to a suspension for performance enhancing drugs. Collins himself has 21 double-doubles on the year and has eclipsed the 20-point mark in 23 of the 40 games he has played in this season, per ESPN Stats. Expect Collins to present a unique challenge to the Knicks’ bigs and keep an eye on the matchup between him and Mitchell Robinson. Two young, alpha big men going at it in the paint should be fun to watch.

This comes as somewhat of a surprise, considering how bad both of these teams are, but the winner of each of the previous two matchups has scored 140-plus points. With the Hawks 16th in the NBA in points per game and the Knicks 29th (via NBA.com), you wouldn’t expect these matchups to be fireworks shows, but be prepared for another potential offensive clinic (or lack of defense) Wednesday at State Farm Arena.

Last game, Frank Ntilikina arguably had one of his best games of his career, scoring a career-high 20 points and dishing out 10 assists in an impressive performance. Frank knocked down his perimeter shots, played good defense, and was able to convert on his scoring chances, something that has plagued him during his time in the NBA.

It would make sense for Frank to get the most minutes at the point guard position tonight, especially with the tall defensive task of stopping Young, but you never know with this coaching staff what the minutes distribution will look like. We could inexplicably see Elfrid Payton more often and have Ntilikina back to barely seeing the floor.

Hopefully we see the French Prince get another opportunity to build on his previous performance.

With many sports leagues taking extreme precautions regarding the coronavirus pandemic, this could be one of the last games for a while we see with fans in attendance. The NBA has already restricted locker room access to the media and is rumored to take a huge step soon by banning all fans from attending NBA arenas, with only “necessary personnel” allowed in during games. The Golden State Warriors plan on playing the Brooklyn Nets on Thursday at the Chase Center without fans in attendance, per Marc Stein of The New York Times, so this will likely spill over across the NBA very soon.