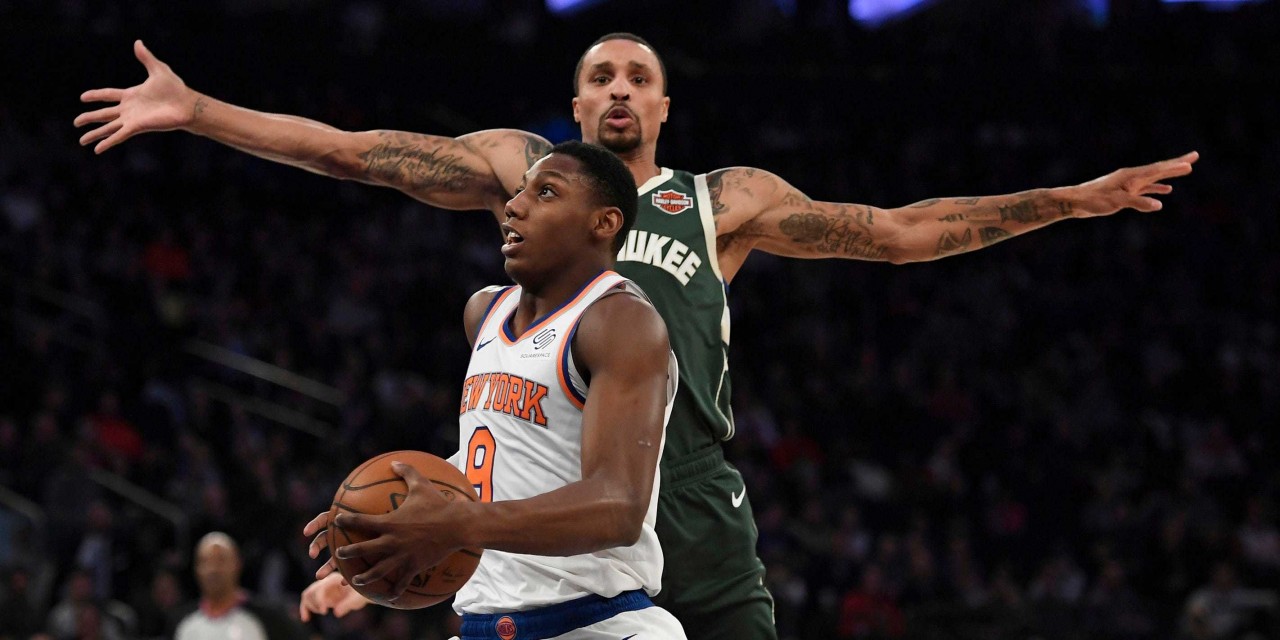 The Knicks are heating up after a big win against the Heat, but is their shorthanded roster equipped to bag the league’s best Bucks?

The New York Knicks (11-29) are battling through the regular season. Since Mike Miller’s 6-6 start as interim head coach, the Knicks are just 1-5, and the cracks are beginning to show. Even after an emotionally charged win over the Miami Heat, the Knicks still appear to be a team with some concerns and not a ton of time to fix them.

Miller has snagged some solid wins and has improved the overall look of the team during his tenure. Still, Miller has quietly fallen into the same mistakes David Fizdale made. The Knicks continue to run with veterans and free agents signings over youth, leading the rotations to be poor. The Knicks still don’t shoot a ton of threes and they’ve quietly had a few Fizdale-esque blowouts in the recent stretch.

It doesn’t seem like things will change in the near future, based on reports. The Knicks, 14th in the Eastern Conference, are hedging on whether they want to be sellers or not. It’s a puzzling move for a team that doesn’t have much for the future and signed several short-term deals this past offseason. In short: the Knicks are a bit of a mess right now.

Things don’t get easier as the Knicks travel to “Cream City” to face the Milwaukee Bucks.

It also doesn’t help that the majority of the Knicks roster is fighting injury. Marcus Morris is out with a sore neck, while Dennis Smith Jr. is dealing with a left oblique and is expected to be out. Reggie Bullock, Frank Ntilikina, and Mitchell Robinson are all dealing with various injuries and could see their statuses change depending on practice before the game (UPDATE: Ntilikina is out with a sore groin, the team announced).

Even with several players potentially out, the Knicks will have several options available, and Mike Miller will presumably have the majority of his starting lineup from the previous game. Reggie Bullock potentially out could result in more minutes for Damyean Dotson and Allonzo Trier, while Robinson’s injury could give Taj Gibson a larger portion of the center minutes.

Still, this feels like another game where the Knicks stay in it for the first quarter before the Bucks launch threes and push the lead to around 20.

Defending the Milwaukee three: Among Milwaukee’s rotation, the Bucks have six players shooting above 35% from beyond the arc. Whether it be their point guards (Eric Bledsoe, George Hill) or their wings (Kyle Korver, Khris Middleton, Ersan Ilyasova, and Wesley Matthews), Milwaukee’s spacing around Giannis Antetokounmpo is one of the keys to their success on offense. The Knicks will have to do something to stop that.

New York’s creation vs. Milwaukee’s defense:  Milwaukee has an elite ability in forcing opposing teams into bad shots. It’ll be up to New York, namely their offensive creators, to exploit cracks in the Bucks defense and find good shots. That would be Elfrid Payton’s job to start, but also R.J. Barrett and Julius Randle, who will get plenty of chances to run the offense.

Continuing the youth’s success: Before we jump into a small talk about the kids, I thought this tweet from Big Boss Kyle Maggio was an interesting peek into Barrett’s home/road splits:

96 FTA at home vs 78 FTA away pic.twitter.com/TkBFTVKVXf

We’ve been fooled by good games against bad teams before, but against the Heat, both Barrett and Kevin Knox had solid games. Barrett did well getting to the line and finishing at the rim, while Knox did well spacing the floor. Against the best defense in the league, it would be nice to see that continue.