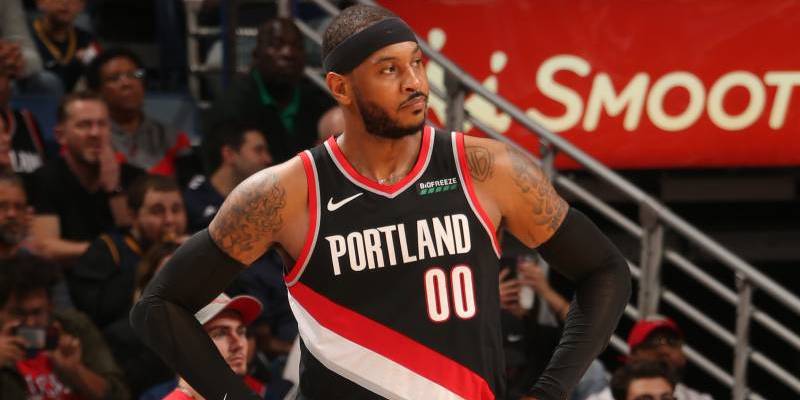 The Knicks get their first taste of the revitalized Carmelo Anthony when they play the Blazers in Portland under interim coach Mike Miller.

The new head coach bump almost assisted the New York Knicks (4-19) in getting off of their current nine-game losing streak. Almost. As Julius Randle missed the second of two free throws with 0.1 seconds left down one, the Knicks effectively Knick’d and the Indiana Pacers stole a victory from New York at Madison Square Garden.

Now it’s time to travel down to Portland to face old friend Carmelo Anthony and the Portland Trail Blazers. Anthony has had success in return to the game, but the Blazers currently sit at 9-15 and losers of three of their last four games.

Now that he’s able to hold his first practice with the roster, Mike Miller could look to implement his own signature on this roster. Against Indiana, Miller stayed with Fizdale’s starting lineup and made minimal changes to the overall rotation. This week we could see what the former G League coach has up his sleeve to get the team back on track.

And with the Blazers on their current form, there’s a chance for victory here, especially if they can recapture moments—most notably, the first eight minutes of the Pacers game—from their most recent game.

After making the Western Conference Finals last season, the Blazers are at a crossroads. The roster is in the midst of an injury crisis with Zach Collins out with a serious shoulder injury and Rodney Hood out for the foreseeable future with a torn Achilles tendon.

The offseason additions have also struggled. Hassan Whiteside has been average, despite the good numbers, while Kent Bazemore is shooting poorly (34.4% from the field).

Still, you know where Portland stands. The Blazers are a dangerous offense, thanks to the combination of Damian Lillard and C.J. McCollum. Both players combine high-level ball-handling with above-average outside shooting (35.0% and 38.7%, respectively). As of now, Portland ranks 10th in the league in offensive efficiency.

But with Portland’s successful offense comes a questionable defense. The Blazers currently rank 21st in defensive efficiency, partly because of their inability to end possessions (27th in the league in defensive rebounding percentage). Bazemore struggles shooting wise but brings a solid defensive presence. Outside of that, Portland has lackluster defensive talent.

In all, the Blazers are a good team in the midst of a down season. Players like Collins, Hood, and Nurkic provided depth and were key in their successful 2018–19 campaign. With them out and the guys behind them—Anfernee Simons, Gary Trent Jr., and Skal Labissiere—just aren’t ready yet.

New York’s frontline and the battle on the glass: With several big men on the roster, it should come as no surprise that the Knicks are fourth in the league in offensive rebounding percentage. The likes Randle and Mitchell Robinson could be active on the glass, which would give New York more possessions and a better chance to win.

Defend the three-point line: The Knicks are brutal at defending the three-point line, often packing the paint and struggling to recover on shooters. Portland has five players averaging 2.0 three-point attempts and shooting over 34.0%—Lillard, McCollum, Simons, Bazemore, and Anthony. New York has to be ready for Lillard and McCollum to break down their defense and then kick out to a ready shooter.

Mitchell Robinson minutes: Robinson should really start at center, to provide a defensive boost. Against Indiana, Robinson finished with 14 points, seven rebounds, three blocks, and two steals. With Lillard and McCollum on the attack, Robinson should be moved into the starting lineup.

»READ: RJ Barrett needs to be the Knicks’ top priority