Knicks Travel to Phoenix, Looking to Rebound After Prior Loss Against Suns 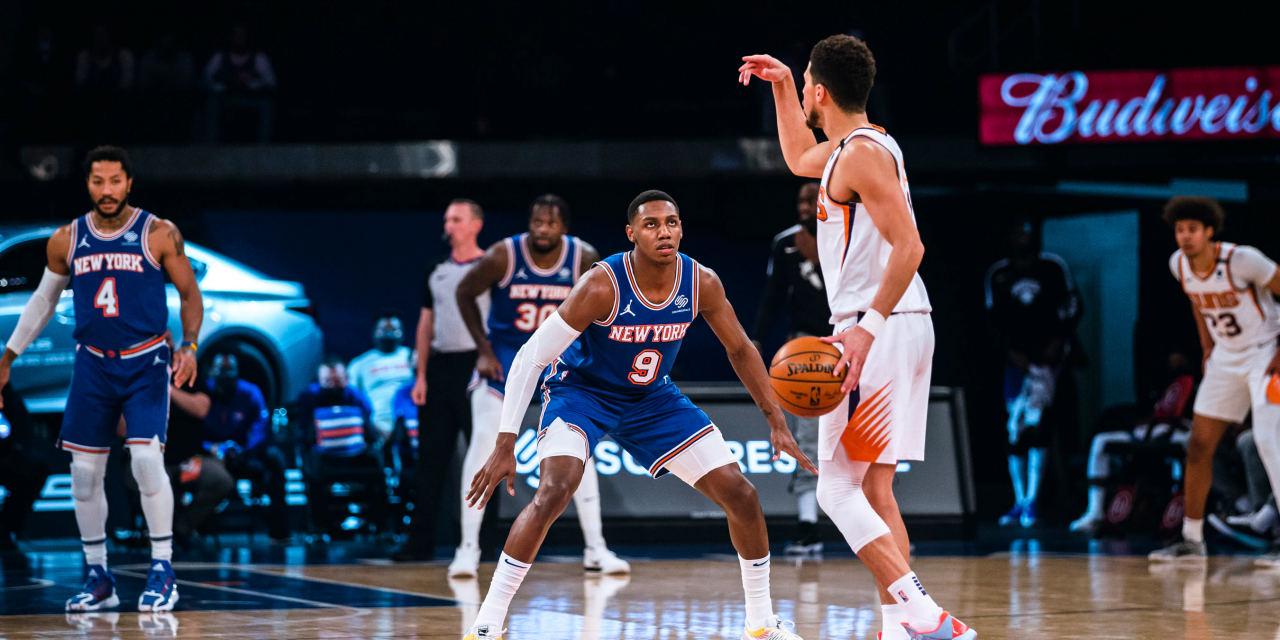 After a blowout in Denver, the Knicks look to get right and get revenge against the Suns, who earlier snapped the nine-game winning streak.

So far, the Knicks are 2-1, and the results have been solid so far if you exclude Wednesday’s adventure. On Wednesday, the 113-97 defeat at the hands of the Denver Nuggets gives New York a chance for a reset. As far as the game, the Knicks need to “bury the tape.” Forget that game, the energy, and overall team frustration, and try to regain their success against a Suns team that defeated them a week prior.

The loss to Denver moves New York closer to the Atlanta Hawks in the standings, suggesting that the fourth seed is not at all a guarantee for the Knicks. The Knicks defeated the Hawks in their last matchup, but the teams are close enough to where homecourt advantage could be the deciding factor in a potential first-round playoff series.

But tonight, the Knicks will have their work cut for them against one of the best teams in the Western Conference. The Suns, who defeated the Knicks 118-110 on April 26th, are operating in a similar vein—looking to dethrone the Utah Jazz for the top seed in the West, as they sit just one game behind the conference leader. So this game between two teams solidified their playoff status, has quite a few playoff implications on the line.

The last time the two teams played saw the end of New York’s nine-game winning streak, but it saw the Knicks battle back and forth with a better Suns team, keeping it relatively close before Chris Paul took things into his own hands. Paul’s late-game heroics, including a miraculous mid-range dagger to keep New York at bay.

For New York, Derrick Rose led all Knicks with 22 points and six assists on the bench, while Julius Randle tallied 18 points, six rebounds, and four assists. R.J. Barrett had 17 points and four assists, but the Knicks needed a bit more.

It would be great to see if someone can help Reggie Bullock assist New York’s top scorers in their second matchup. In the first matchup, Bullock had 17 points and went 4-of-8 from the outside. Outside of that, New York struggled to put up points. With Phoenix’s explosive offense, the Knicks need more from their rotation to pull out a victory.

The injuries have been piling up lately and this game presents two key contributors to the backcourt on the mend.

Burks got 16 minutes against Denver after getting hurt against Memphis. Quickley is a new name to the report and should be monitored as New York creeps ever so close to the playoffs. Both players are huge to New York’s rotation. Quick has emerged as an elite long-range shooter and has provided solid spacing in Thibodeau’s rotation. Burks has played the last few games, but he has yet to reclaim the form before missing time due to health and safety protocols.

Until Burks gets back to normal, it’s safe to lower expectations on his play. Before the time off, Burks provided the Knicks with another self creator and three-level scorer. Both him and Quickley missing time would be unfortunate, but again, as the playoffs loom, making sure the key players in your rotation are key, so missing a game to get them healthy for the first round is something Thibodeau will have to balance out.

This could open up some spot minutes for Kevin Knox and/or Frank Ntilikina, depending on foul situations, offense-for-defense substitutions, and even the need for creation or shooting.

Top guys back on track: Randle and Barrett finished with a combined 28 points, but both players were off. Both players struggled from the field against Denver—a combined 9-of-24 from the floor, but they were also visibly frustrated, as evidenced by both players receiving technical fouls. Both players got that game out of the way and can rebound and find their way against the Suns.

The Center of Attention: After finding stability with Mitchell Robinson out, New York finds the center position in flux yet again. Nerlens Noel has been great overall but has tailed off in recent games. Taj Gibson has had moments behind Noel, and Norvel Pelle has been serviceable in sot moments. After facing Jonas Valanciunas and Nikola Jokic, DeAndre Ayton awaits, looking to impress after his nine-point, 19-rebound performance the last time they met.

Immanuel Quickley: Quickley has been fun lately, knocking down threes and taking an effective step forward alongside Rose in the second unit. In his last 10 games, Quickley is averaging 11.7 points and 52.3% from the outside. As we continue to clamor for Elfrid Payton’s minutes to decrease, Quickley is stepping forward and provide Tom Thibodeau another option. It remains to be seen whether Quickley plays against the Suns, but if he does, I can envision him having another solid game.