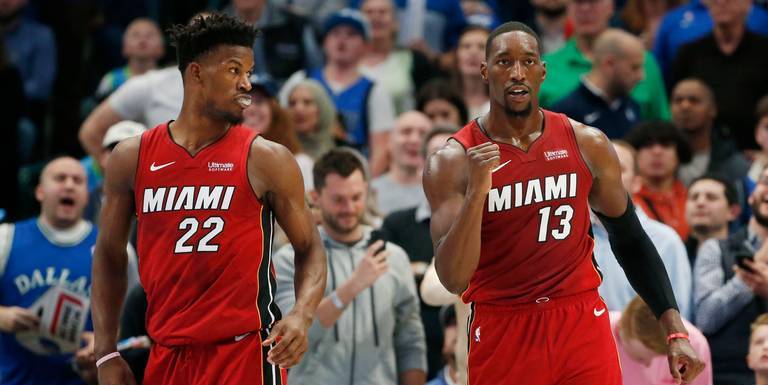 The Knicks embark on the first leg of a very tough back-to-back. Friday night it’s Jimmy Butler and the Heat after a feel-good Hawks win.

After a resounding victory against the bottom-feeding Atlanta Hawks, the New York Knicks face a tough test against the third-seed Miami Heat.

The Knicks, now 7-21, are fresh off their biggest win of the season. They won by 23 points, a margin of victory they haven’t seen since April of 2018. New York led by double digits throughout the last three quarters and put up 143 points for just the 15th time in the franchise’s history.

R.J. Barrett and Mitchell Robinson each put up career highs in points with 27 and 22, respectively. Barrett added six rebounds, while Robinson chipped in 13 rebounds and two blocks.

The Heat is also enjoying a breakout year from 21-year-old Bam Adebayo. The third-year center is averaging 15.5 points, 10.6 rebounds (team-high), and 4.6 assists on 57.2% field goal shooting.

Miami has been one of the best teams on both sides of the ball this season. Their offense features a lot of passing and off-ball movement. They rank second in three-point percentage, fourth in field goal percentage, tied for eighth in Offensive Rating, ninth in assists per game, and tied for ninth in three-pointers made per game.

Miami’s defense, led by Butler and Adebayo, is just as impressive. They frequently utilize zone defense; in the Heat’s last game, the 2-3 zone helped them give the Philadelphia 76ers their first home loss of the season.

Miami allows their opponents to shoot just 32.5% on three-pointers, the second-lowest mark in the league. They rank sixth in steals per game and are 10th in Defensive Rating and opponent turnovers per game.

The Heat may welcome point guard Goran Dragic back into its rotation tonight. Dragic, Miami’s third-leading scorer, missed the team’s last nine games due to a strained right groin and is listed as questionable for tonight’s contest.

Reggie Bullock began practicing on Wednesday. The 28-year-old has not yet seen the court this season, his first as a Knick, as he recovers from cervical surgery. He signed a two-year contract worth $8.2 million this past summer.

Frank Ntilikina and Julius Randle are both good to play tonight. Wayne Ellington isn't back yet. Reggie Bullock had his first live contact yesterday so he's on a longer timeline. https://t.co/OvZDkNNmSN

Wayne Ellington is still out, but second-year former undrafted guard Allonzo Trier is available in Miami, according to NorthJersey’s Chris Iseman.

SNY’s Ian Begley reported that the consensus among some teams is that the Knicks could get a first-round pick for Marcus Morris, who ranks fourth in three-point percentage and is on an expiring $15 million deal. Morris’ preference is to stay in New York, according to Bondy.

Begley also reported that several teams, including the Minnesota Timberwolves, are interested in Dennis Smith Jr. The 21-year-old point guard has struggled mightily this season and is now third on the Knicks’ depth chart at point guard.