Knicks Travel South In An Effort to Score Four 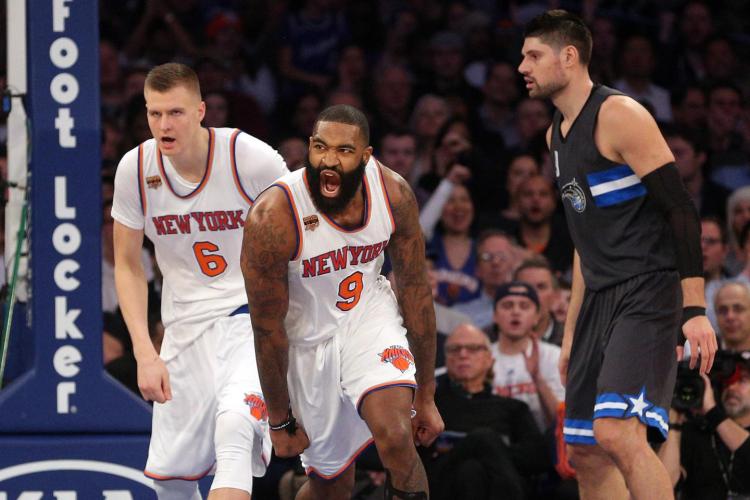 The Knicks take on the Magic in hopes of stringing together a four game winning streak.

Coming off of yet another impressive, come-from-behind victory, the New York Knicks are back in action tonight to try for their fourth straight win and seventh win in eight tries. Who thought we’d be here at this point? After the Knicks lost their first three games, the majority of the fanbase was feeling pessimistic, and rightfully so. The Knicks were worse than the Nets, the Knicks can’t play defense, Tim Hardaway Jr. is awful. The outlook on the season, even after just three games, was bleak.

Now, thanks to the otherworldly performance of Kristaps Porzingis, the Knicks suddenly look like they’ll be contending for a playoff spot this season. Now, they’ve played a lot of home games, and there are some trends that simply can’t continue with their performance as a whole, but the Knicks are fun right now, so let’s bathe in the glory while it lasts. The Magic will be one of the teams fighting with the Knicks for the six through eight spots in the Eastern Conference as the season trudges on, so this one represents a good test for this New York squad. Back-to-backs are always tough, especially when considering the physical and emotional toll that fourth quarter comebacks have on a team, but the Knicks will have to bring it tonight nonetheless. A few thoughts:

Since losing DJ Augustin (after losing Elfrid Payton), the Magic's offense has fallen off a cliff.

Check out our very own Jeffrey Bellone’s preview for tonight’s game, and throw him a follow on Twitter for the absolute best breakdown of Knicks basketball on the internet. Tip at 7 p.m. tonight from the Amway Center:

The Knicks have ruled Porzingis out tonight against the Magic, per ESPN’s Ian Begley. The injuries include a sprained left ankle and a contused right elbow. Somebody protest KP, please.