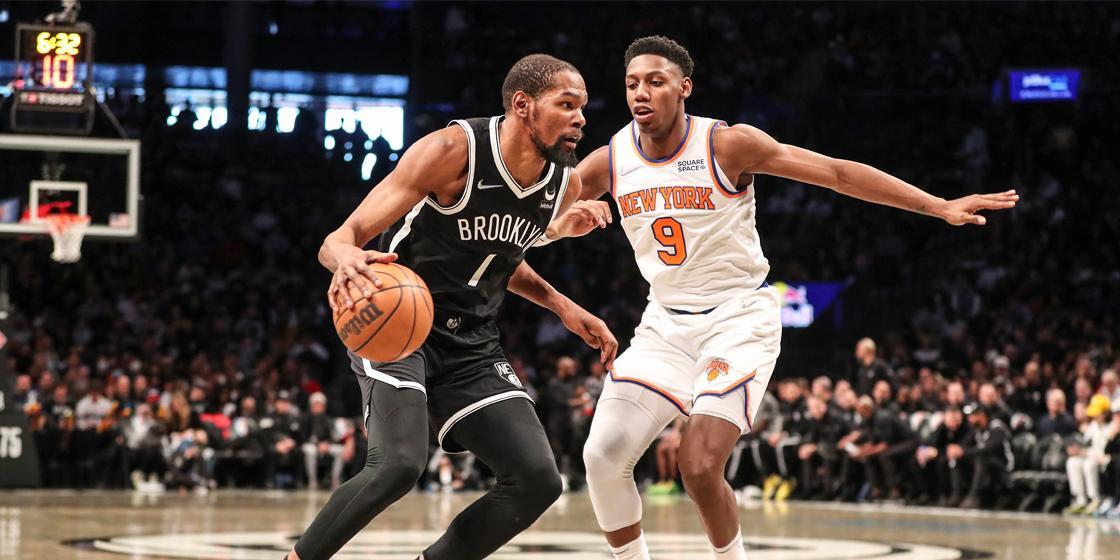 The Knicks host cross-borough rival Nets in the penultimate home game of the season, with Kevin Durant and Kyrie Irving at full power.

The only thing for the New York Knicks (35-44) have to play for is pride and development. The Brooklyn Nets (41-38) on the other hand, have everything to play for.

Despite having Kevin Durant and Kyrie Irving, the Nets currently sit as the eighth seed in the Eastern Conference. In older times, that would mean they are on the outside looking in of the playoffs, but in these new days, it just means they need to win 17 games to win a ring versus the normal 16.

The Knicks come into Wednesday night’s Battle of the Boroughs off an easy win in Orlando. Immanuel Quickley notched his first career triple-double, Obi Toppin notched his second-straight 20-point game, and the Knicks headed back to New York with a 30-point victory. The Magic are in a much different place than the Nets, so the Knicks should not expect an easy night.

It will be an uphill battle for the Knicks, who will try to salvage a single win in their season series with the Nets. Thus far, the Nets have either flexed their superiority or benefitted from a Knick collapse. To avoid a similar fate, Tom Thibodeau will have to ride his young players, which seems to be a challenge within itself.

Here is what to look out for tonight, tipping off at 7:30 p.m. ET on ESPN, MSG Network, and YES Network.

Why Are We Still Doing This?

Alec Burks played 33 minutes in a 30-point victory against the Magic. Burks has continued to see major minutes, even with nothing left to play for. Thibodeau may be doing this as a troll at this point, or maybe he just really likes the way Burks plays.

Whatever the reason, the minutes remain fruitless, and even worse, there is no reason to assume that will suddenly change tonight. Major minutes at point guard tonight will not be pleasurable for the veteran, as that would mean he will spend the bulk of his time trying to stop Kyrie Irving, who comes in averaging 32.4 points over his last 10 games.

Life has not been a total drag for Knicks fans. Sophomores Quickley and Toppin continue their second-half surge. This is not Kevin Knox scoring 20 points once then hibernating or Frank Ntilikina scoring eight points on 4-of-5 shooting once, this is consistent impact.

Quickley has grown this season as a distributor, and that growth culminated in his first career triple-double in which he scored 20 points, pulled down 10 rebounds and dished out 10 assists, and had two steals for good measure. It was proof that when given the minutes, Quickley can thrive, particularly when he shares the floor with Toppin and RJ Barrett.

IQ and Obi hyping each other up postgame 🥹 pic.twitter.com/4WZtNtvL7l

Toppin’s progress feels most promising as it comes when Julius Randle’s stock amongst fans could not be lower. Randle remains the better player, however, there is an argument to be made as to who Barrett looks better with on the floor. The deciding factor seems to be outside shooting. Toppin’s determination to become a decent shooter has finally begun to bear fruit.

Over his last 12 games, Toppin is shooting 36.4% from beyond the arc on 3.7 attempts per game. The floor spacing, plus the never-ending motor, has fans asking themselves if Randle is as important to the team as he was believed to be.

That is a step too far, but Toppin progressing to a legitimate contributor gives Thibodeau (more likely the less stubborn person who will replace Thibodeau) the ability to lean on Randle and Toppin in small-ball lineups next season.

No Need to Risk It

Julius Randle now appears to be done for the season with a nagging quad injury. There is nothing left to play for, so why worsen an injury? The same applies to Derrick Rose, who will not return to the lineup this season either.

In the case of Nerlens Noel, the team should be looking at ways to offload the poor signing, as Jericho Sims has already proven more useful and Noel is not good enough to outweigh the injuries and inability to cleanly catch a basketball.

Neophytes Miles McBride (ankle) and Quentin Grimes (knee) are questionable for the game.

For the Nets Goran Dragic (COVID) is out, Seth Curry remains out as well with an ankle until the playoffs in all likelihood, and Ben Simmons (herniated disk) is likely out for the season too. 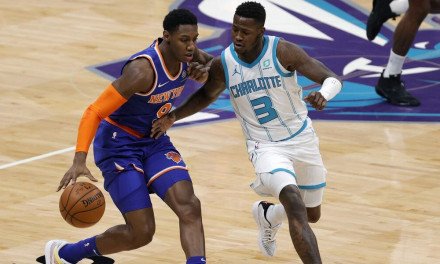 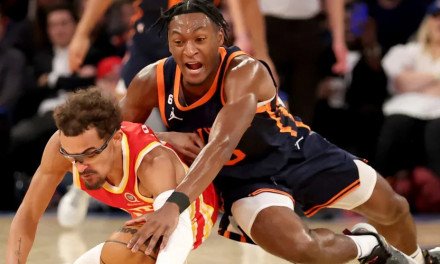 Knicks Take on the DejonTrae Hawks 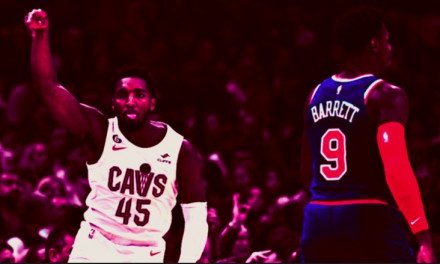