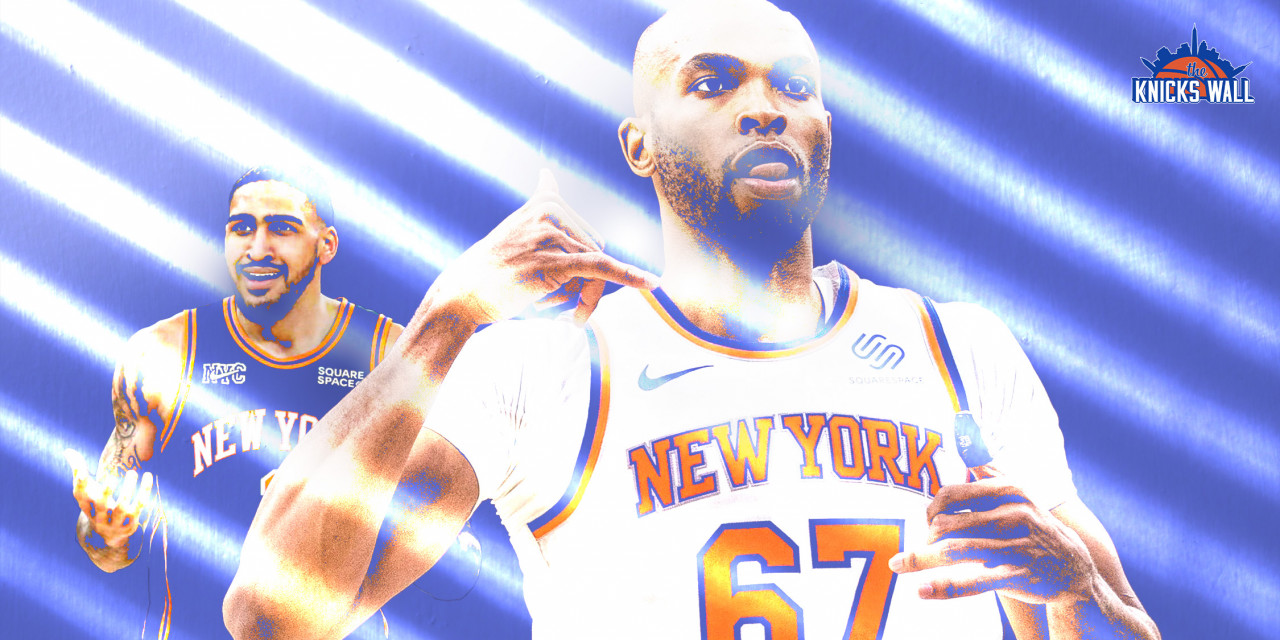 The Knicks have failed to live up to expectations this season, mainly due to the veterans’ lack of production and regression. It is time for young guys to play more.

One of the major grievances aired out during this bumpy New York Knicks season has been the lack of run their young players have been getting in contrast to the veterans. Guys like Obi Toppin, Quentin Grimes, and newly acquired Cam Reddish have not accumulated the number of minutes thus far many of us had hoped for. Instead, we are subjected to watching vets like Nerlens Noel, Taj Gibson, Evan Fournier, and Alec Burks who are not part of the future and/or have not been particularly productive.

It is well documented that head coach Tom Thibodeau has an infatuation with vets and is much more conservative in his approach with young players in terms of letting them spread their wings and get floor time. Thibs has given veteran-laden lineups and certain older players too long of a leash, hoping they can right the ship, when in reality, yanking them from the game is the way to go.

The Knicks’ successful 2020–21 campaign brought along a lot of positives including optimism and excitement that this fanbase and organization has not experienced often in the last two decades. Julius Randle was the franchise cornerstone, Thibs was the answer as head coach, and the team as a whole finally had a strong foundation to build upon. Another product of New York’s success was loftier expectations that come with increased disappointment and vitriol if said expectations aren’t met.

The Knicks weren’t in a position heading into the season, or even early on in the season, where they were going to just run out mostly young and inexperienced players like the Houston Rockets or Oklahoma City Thunder, who are more focused on development rather than winning basketball games. This is new territory for New York, which is used to operating like the aforementioned teams with low short-term aspirations.

Since the Knicks did set the bar much higher for themselves and the fans than what we’ve seen in the past, there was an increased reluctance by an already cautious coach to give more responsibility to more youthful players like Toppin and Grimes, which was understandable. Rolling with vets like Randle, Noel, Gibson, and Burks, who were all instrumental in the Knicks’ renaissance last season, made sense given their experience and track records.

Fast forward to February, where the Knicks sit at 24-27, 11th place in the Eastern Conference on the outside looking in of the play-in tournament. Obviously, this season has been a major letdown and, as currently constituted, New York’s ceiling is likely a victory in the play-in tournament, if they even make it there.

With New York not even closely resembling a team that can win a championship, let alone a playoff series largely due to marked regressions of their vets, it is unacceptable that we have not seen meaningful Reddish minutes and how Toppin still isn’t playing a sufficient amount.

Randle has had one the most rapid falls from grace I have seen in basketball recently, both on and off the court. Randle’s scoring output has dropped from 24.1 points per game in last season’s All-Star campaign to 18.5 points per game this season, per Basketball-Reference. Randle’s three-point percentage has dropped over 10% and has also infuriated fans and media with his often visible indifference and apathy.

Nerlens Noel, who inked a three-year, $32 million deal in the offseason with the Knicks, has missed 29 of the Knicks 51 games this season. When on the court, looks like he has the worst hands of anyone in the NBA and doesn’t offer much offensively. His frontcourt mate Taj Gibson, a known Thibs favorite, is also very limited offensively and at this point, his intangibles outweigh his tangibles.

Alec Burks and Evan Fournier have been super inconsistent this season, aside from a couple of good stretches of basketball. Burks has been mentioned in various trade rumors and seems more like an expendable piece at this point rather than a part of the solution. Fournier was viewed as an overpay from the second he signed his four-year, $78 million contract. Despite his talent and recent hot streak, he has been a frustrating watch.

Probably the most confounding aspect of certain Knicks vets getting more playing time is the disparity in talent here.

There is no debating that Toppin is one of the most talented players on this team with the most untapped potential. I won’t definitively say he’s better than Randle, despite his struggles, but he certainly is better than Noel and Gibson in terms of athleticism, shooting, and essentially everything else that isn’t strictly experience. At this point in the season, experience doesn’t really matter, and with the league being more fast-paced and run and gun, Noel and Gibson are archaic and heading towards obsolescence. Why not give Obi more minutes as the small-ball center?

As for Reddish, the main question is why New York would trade a first-round pick for him if he is just going to rot on the bench as Kevin Knox did. In the Knicks’ last game, Reddish saw only five minutes of action in garbage time against the Kings, which makes no sense considering he looked to have taken a leap in his third NBA season with the Hawks, averaging a career-high in points, overall field goal percentage and three-point percentage, per Basketball-Reference. The 22-year-old former lottery pick definitely hasn’t shown he is a star by any stretch yet, but surely provides more upside than Burks or a Fournier.

Lastly, Quentin Grimes, who has begun to see more action this season, is a prime example of how letting young guys get run can be beneficial. Early on in the season, we saw the rookie play in brief spurts, where he showed promise as a 3-and-D type. Now that Grimes is seeing consistently around 20 plus minutes of meaningful action, he is starting to open eyes as a budding asset for the Knicks’ future. In his last 10 games, Grimes is shooting 44.9% from behind the arc, averaging nearly a steal per game and playing tenacious defense, per ESPN Stats. At 21 years old, he already looks like he is more consistent than Fournier and certainly is more engaged defensively.

Hopefully, Grimes’ ascension will be a wake-up call to Thibodeau to roll with the young guns for the remainder of the season in favor of the disappointing vets and build some momentum for the future.