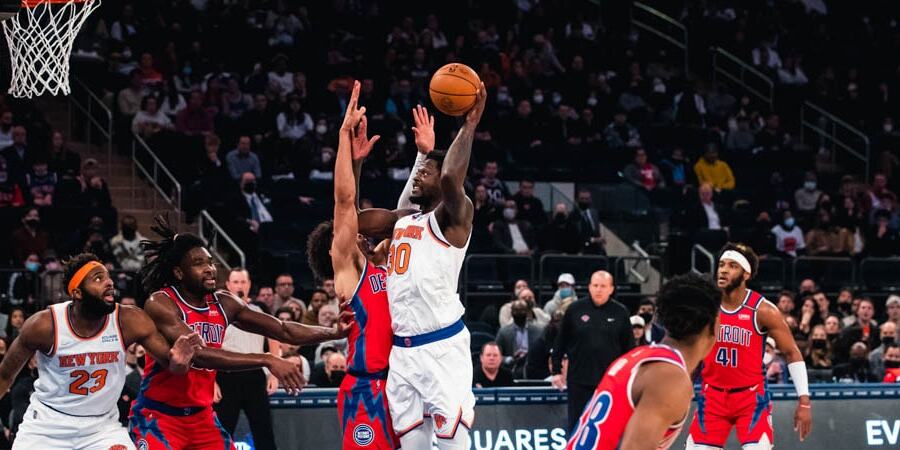 The Knicks are on a roll as of late. As they continue their road trip with a matchup against the Pistons, they’ll look to make it four wins in their last five games.

The New York Knicks (16-18) look for their third consecutive victory as they visit the Motor City and take on the Detroit Pistons (5-27). This marks the second of three matchups on the season between these two Eastern Conference foes, with the Knicks emerging victorious in the first contest back on December 21st by a score of 105-91.

New York is coming off of a hard-fought 96-88 victory in Minnesota, a game where everyone who played scored at least six points, per ESPN Stats. With guys still trying to get back into the groove and shore up their conditioning on the second night of a back-to-back, the Knicks will likely have to rely on a group effort again tonight in order to win the second game of their four-game road trip, a formula that has been effective this season.

The rebuilding Pistons have been struggling mightily to win games this year and look positioned to be in the draft lottery once again in 2022. Detroit used their first overall pick on combo guard Cade Cunningham. The rookie out of Oklahoma State has found his groove recently, averaging 18.7 points, 5.8 assists, and 5.8 rebounds over his last 10 games, per NBA Stats. The Knicks’ defense held him to only seven points on 2-of-13 from the field eight days ago.

Cunningham along with Stewart and Saddiq Bey form a solid young core for the Pistons and something to look forward to for the future. But at this juncture, Detroit is simply not ready to be remotely close to a contending team and is more focused on player development rather than collecting victories, especially with leading scorer Jerami Grant, who underwent thumb surgery almost two weeks ago, likely out for another month at least.

Cunningham and Stewart will not be available this evening due to health and safety protocols. Like many other teams, Detroit has been hit hard by COVID-19 and has been forced to be active in the free-agent and 10-day market. Detroit will likely have to rely on journeyman role players like Hamidou Diallo and Frank Jackson to lead them to victory as they look to rebound from an ugly loss to the Spurs in which they surrendered 144 points.

The Pistons will have more of a G League team feel to them tonight with all of their absences. Still, this is not a game the Knicks should believe they can cakewalk through, given that New York has dropped two games already this season to the seven-win Orlando Magic, who like the Pistons, will be praying for their ping-pong balls come springtime.

The Knicks too were hit hard recently with the dreaded health and safety protocols, as well as the news of Derrick Rose being out for two months with an ankle injury. However, slowly but surely, New York is getting their guys back and the results have been better over the last week or so, as New York looks to climb back into playoff contention in the Eastern Conference.

The re-emergence of Kemba Walker and the emergence of Quentin Grimes has truly helped the Knicks tread water in a tumultuous, COVID-plagued last month. This evening, the Knicks will be thin in the frontcourt, with Jericho Sims and Nerlens Noel out due to health and safety protocols. Fortunately for the Knicks, Mitchell Robinson looked incredible last night to the tune of 14 points and 18 rebounds. Robinson, the only true center available, looked like Knicks fans expected him to all season and most importantly, gave a tremendous effort and moved very fluidly.

Tip-off this evening is at 7 p.m. ET from Detroit.

»READ: The Knicks must maximize this window of opportunity