Knicks Visit Hornets With Little on the Line 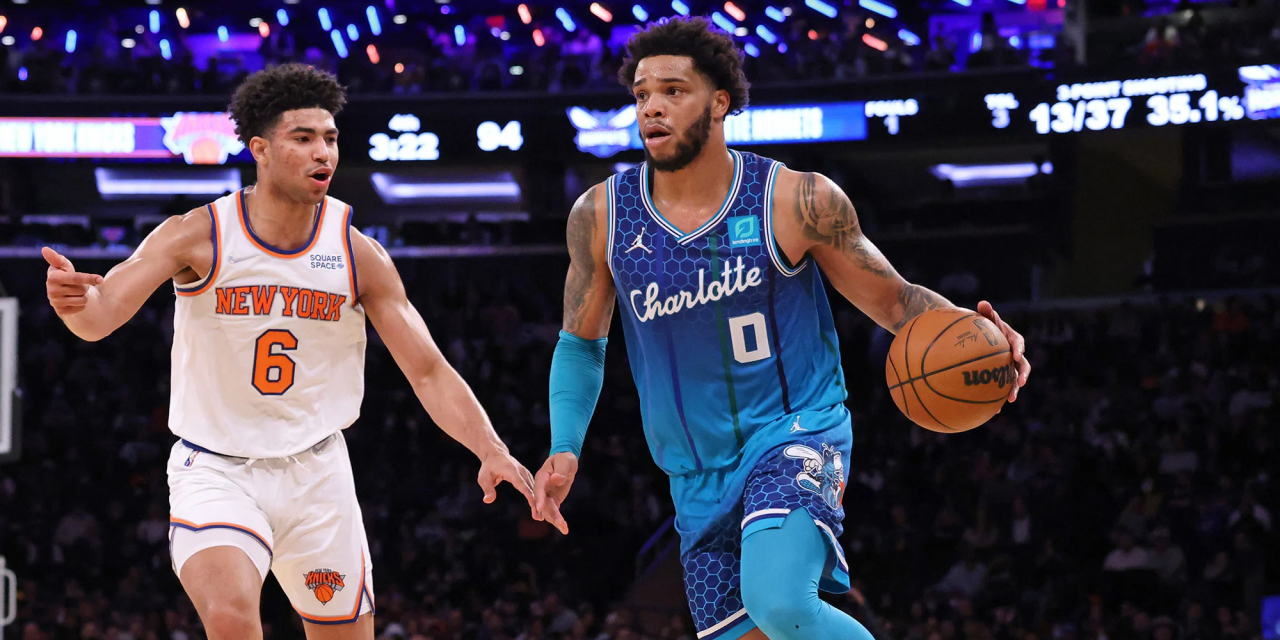 The Knicks square off against another Eastern Conference foe, the Hornets, looking to finish out the season strong.

The New York Knicks (30-42) head down to Charlotte to take on the surging Hornets (37-35), who have won five straight games. With the Knicks essentially out of the playoff mix at this point, losing to the 10th seed Atlanta Hawks last night, they look to play the role of spoiler to a very talented Hornets squad. Charlotte has had the Knicks’ number this season, winning the two matchups thus far, while holding the Knicks to under 100 points in each contest.

Charlotte’s interesting combination of young and veteran talent makes them a tough matchup. In these two teams’ last meeting back on January 17th, without Ball, Terry Rozier and Gordon Hayward scored 22 and 16 points, respectively, while Miles Bridges poured in a career-high 38 points and grabbed 12 boards. Bridges is having a career season, averaging 20 points per game, and will have his young running mate Ball with him this evening. Ball is already one of the best triple-double threats in the Association, averaging 19.6 points, 7.4 assists, and 6.8 rebounds, per Basketball-Reference. A scary sight for the Knicks. Charlotte will be without Hayward this evening, missing the last 17 games with an ankle injury. Recently inked guard Isaiah Thomas will suit up tonight and has been an excellent addition to Charlotte after bouncing around the G League and various NBA teams this season.

With Julius Randle doubtful this evening due to a lingering quad injury, this means more minutes for second-year ‘Bocker Obi Toppin. In Randle’s absence last night, the often-spurned Toppin played 24 minutes of action and put up a solid line of 10 points, seven rebounds, and three assists, per ESPN Stats. It’s also worth noting that the 24-year-old’s passion was extremely present, contrary to Randle, who looks mentally checked out of this season.

Regardless of Tom Thibodeau’s inexplicable resistance to play his young, up-and-coming players significant minutes, he almost has no choice but to give Toppin more time if he plays like he did last night and especially if Randle cannot give it a go tonight and going forward. In the previous two meetings against the Hornets, Obi was effective, scoring 18 points and snagging 14 rebounds in 31 combined minutes. Toppin is one of the few Knicks who can match up to Bridges, both athletically and size-wise, so keep an eye out for this matchup that could be the deciding factor in the game, depending on how it plays out.

Tip-off this evening is at 7 p.m. ET, airing on MSG Network and Bally Sports Southeast – Charlotte.

The Knicks Wall’s exclusive partnership with PrizePicks presents the picks of the night. Tonight, we’re picking “over” on RJ Barrett’s projected combined 38.5 points, rebounds, and assists. Barrett easily cleared that last night with 30 points alone. As for the Hornets, we’re going with “over” on burgeoning star point guard LaMelo Ball’s projected combined 32.5 points, rebounds, and assists. Ball is averaging 18.8 points, 5.4 rebounds, and 8.6 assists in his last five games.