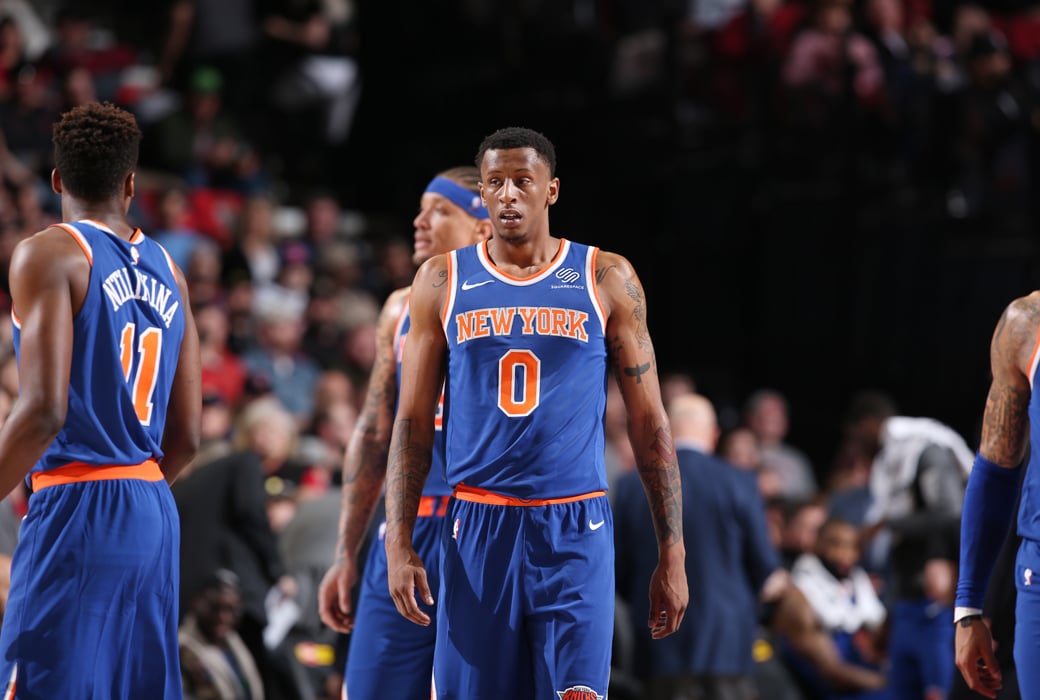 In a surprising move, the Knicks elected to let Troy Williams go in order to reach the allowed number of roster spots.

The Knicks parted ways with Troy Williams Monday afternoon, deciding not to guarantee the salary of the 23-year-old forward for this upcoming season.

Williams averaged 7.5 points, 3.5 rebounds, and 1.1 steals per game last year during his 17 games in New York. His release comes on the heels of multiple 10-day contracts that he signed with the Knicks last year, before New York’s brass decided to hand him an extension that made his salary non-guaranteed for this season. The Knicks decided to go that route, opting to act swiftly and remove him from the roster instead of waiting until some of his salary became guaranteed.

The move officially put the Knicks in position to move forward with this team as currently constituted, as they now have the maximum 15 players with guaranteed NBA deals. Isaiah Hicks and Allonzo Trier have two-way deals, putting the total number of roster-eligible players at 17.

The release of Williams was fairly unexpected. It always seemed more likely that the Knicks would end up making a trade or part ways with Joakim Noah to reach the allotted number of players on the roster, but it was Williams on the chopping block instead.

Perhaps the Knicks were less than impressed by his play in Summer League. More likely, Williams simply fell casualty to a roster in need of crunching.

Williams’ release does not preclude the Knicks from making a call on the Joakim Noah fiasco in the near future, but it makes the matter much less pressing. Steve Mills, Scott Perry, and David Fizdale can now take their time and decide what is best for the strained relationship between the two parties.

We’ll always have this legendary moment from last season.

That time Troy Williams scored 7 points and forced a turnover in 43 seconds pic.twitter.com/XfTqNpXw5w