If you’re wondering what commissioner Adam Silver will be watching this evening, it will likely be the tank-off between the New York Knicks (24–43) and the Dallas Mavericks (21–46). The reeling Knicks will look to bounce back from their horrific stretch of 15 losses in their last 16 games against the Mavs, who have been almost as bad, losing 10 of their last 14 games.

Some things to watch for in this Tuesday night matchup at the Garden.

The Knicks just inked Troy Williams to a two-year deal with partial guarantees through the 2018–19 season following his promising stretch of play through his two 10-day contracts. Williams played his best game of his Knicks career on Friday against the Bucks in which he dropped 18 points and tacked on five boards and a steal in 26 minutes of action.

The following game against the Raptors, Williams saw only six minutes of court time, all in the fourth quarter of a blowout. With Williams now under contract and Lance Thomas listed as questionable with a sprained thumb, how many minutes will Hornacek give Williams to shine?

Trey Burke, Frank Ntilikina, and Emmanuel Mudiay have all been playing approximately equal minutes since Hornacek decided to embrace the youth movement for his team. They all hover around 25 minutes per game, with Mudiay as the starting point guard. Ntilikina has been slotted as the 2 of late, giving him an opportunity to improve his off-ball skills and cover for the defensive deficiencies of his other backcourt mates.

I’m not sure how often Ntilikina will be matched up on Dennis Smith Jr. given that he’s playing most of his minutes at shooting guard, but watch out for that matchup if it materializes. Both guys have something to prove after some early season drama with LeBron throwing minor shade at the Knicks for selecting our perfect-in-every-way French Prince over the 38.9 percent from the field destroyer of rims.

Despite the fact that Burke has played the best basketball of the three Knick guards, he is still coming off the bench behind Mudiay. Mudiay is shooting a ghastly 30.8 percent from the field in his last five games, compared to Burke’s (not great, but still better than Mudiay) 39.6 percent over the same stretch. It should be only a matter of time before Burke supplants Mudiay in the starting five, but if they all stay around the same minutes threshold, then the rotation doesn’t matter too much. Maybe having Burke play in the second unit is a slick plausible-deniability tank move from Hornacek and the Knicks.

Luke I am your father

One of the lone bright spots from the Knicks’ loss to Toronto (besides Frankie SHUTTING DOWN DeRozan) was Luke Kornet’s coming out party. The man poured in a career-high 18 points on 7-of-15 from the field. He looked smooth in the pick-and-pop, didn’t hesitate off the catch, and was aggressive in hunting for put back opportunities. With Enes Kanter still listed as questionable with back spasms, it’s likely Luke will get another go with the starters in this one, unless Hornacek goes with his patented “oh you had a great game? Six minutes in the next contest” strategy.

Luke Kornet (@bigshin32) made his first NBA start and scored 18 points. On a day the Knicks got blown out, focus on the young guys pic.twitter.com/ui5Kg7ln6u

He has yet to prove that he can make an impact against any team from America, as he has 29 points in his two matchups with Toronto and just five points combined in his other six games. 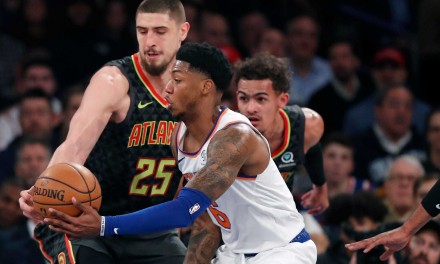 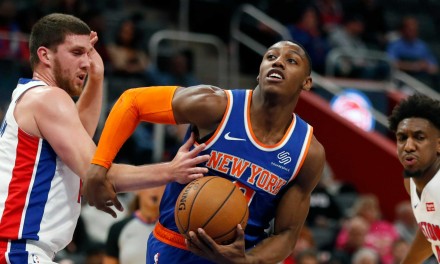 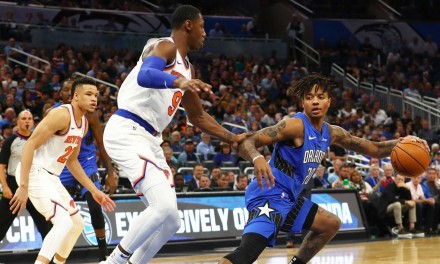