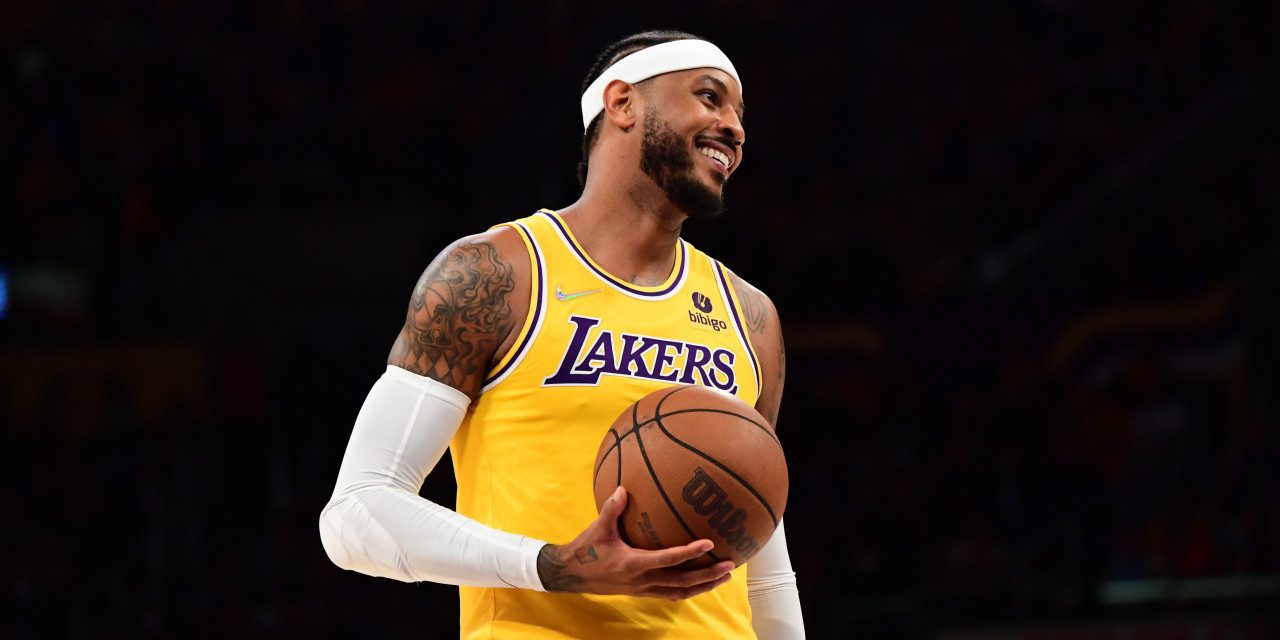 An injured Knicks team looking to stay above .500 faces Carmelo Anthony and the Lakers, who will be without his buddy LeBron James.

The New York Knicks (9-8) head back to Madison Square Garden for a quick pit stop to take on a tumultuous Los Angeles Lakers (9-9) team before hitting the road again. After starting what’s going to be a grueling stretch of games with a close loss in Chicago to the Bulls, the Knicks are persistently plagued by issues on offense and defense. They continue to be hurt by open shots, especially three-pointers, and they’re still lacking the scoring to keep up with their mistakes on defense.

The Knicks still are working out the kinks of their struggles, but so are the Lakers. Los Angeles has had a disappointing start to the season coming into the matchup with New York—ninth in the Western Conference standings. Like the Knicks, the Lakers have added a few new players, and it seems like those guys are having a bit of trouble getting used to playing together. The Lakers’ new additions are headlined by Russell Westbrook and former Knick Carmelo Anthony, who is returning to Madison Square Garden for the first time as a Laker. ‘Melo recently spoke glowingly about the fans, Leon Rose, and the team’s acquisitions and recent success. He is sure to receive a rousing ovation from his former home crowd.

New York is catching a huge break this game as the Lakers will be without LeBron James. He was handed a one-game suspension for his role in a wild altercation with Detroit Pistons center Isaiah Stewart that cleared the benches.

Starters not getting it done

The Knicks’ offensive woes continue as all the starters except Julius Randle failed to reach double digits in points scored in their last game against the Bulls. Evan Fournier is proving to be more and more unreliable as he again failed to see late-game action versus Chicago, shooting an abysmal 1-for-7 for a measly three points. In a game that went down to the wire, a productive scoring night from Fournier could’ve been the difference for the Knicks. Head coach Tom Thibodeau again decided to go with the reserves instead of Fournier, who continued their inspiring play.

The Knicks also need RJ Barrett to break out of his prolonged slump. Barrett is in the worst offensive stretch of his career. In his last 10 games, Barrett is averaging just 12.4 points a game, shooting a lowly 31.1% from the field and ghastly 20.8% from three-point range. Barrett, along with the entire starting offense, seems to be in a state of regression; it’s hard to point why they’ve can’t seem to hit their shots, but what is abundantly clear is that they’ve all gone cold at the same time. The Knicks need to get into a rhythm against a vulnerable Lakers team that will be without their leader.

New York will be very thin at the center position. Mitchell Robinson will miss his second straight game going into concussion protocol. (Robinson is developing a reputation for being injury-prone.) Nerlens Noel is likely to start in his place again.

New York also listed veteran big Taj Gibson as doubtful, and he could miss his third straight game with a groin injury.

These developments open possibilities for rookie center Jericho Sims to get valuable playing time. Backup point guard Derrick Rose has also been listed as questionable versus Los Angeles. With some staples out of the rotation, this will give the coaching staff some chances to move things around and experiment with the lineup to find a winning formula and possibly get the Knicks back to their winning ways.

Both these teams came into the season with their own respective high expectations; similarly, both clubs are trying to establish themselves with new players. This is also kind of a significant game for both squads, for the Knicks, they will try to stay above a .500 winning percentage and the Lakers will try to get over it.