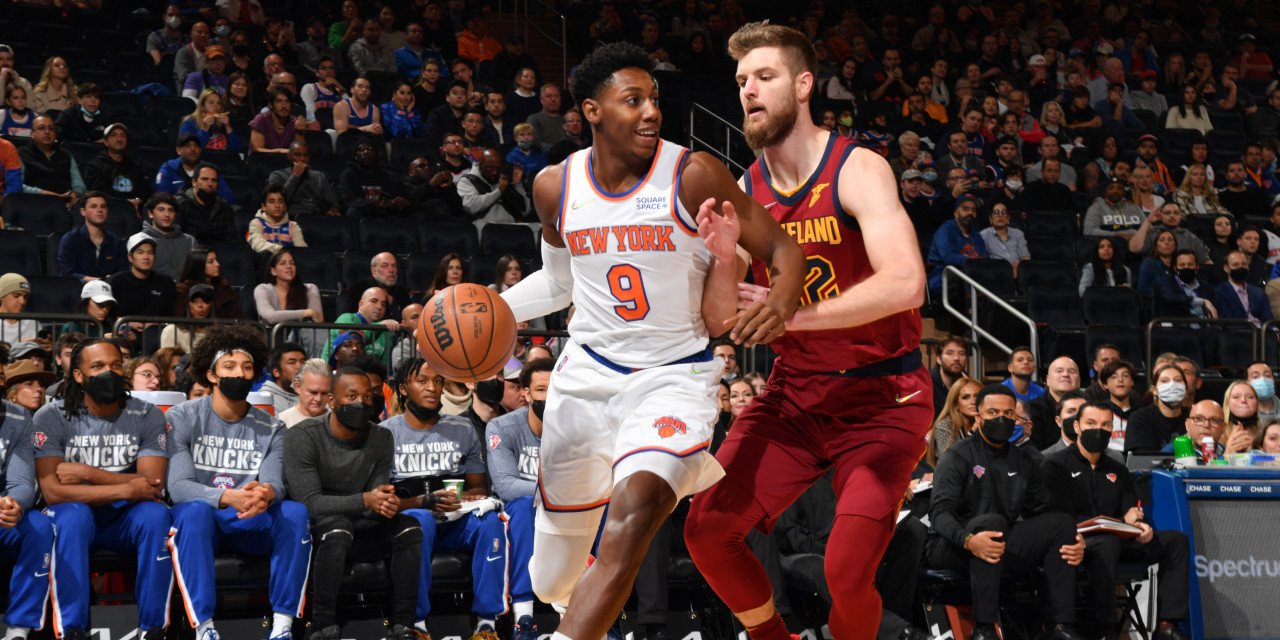 The Knicks, eliminated from the playoffs, host a fellow ailing team in the Cavaliers, who still can move and shake in the Eastern Conference playoff picture.

This is a run-out-the-clock situation.

The New York Knicks (34-43) officially have nothing to play for after being eliminated from the playoff hunt on Thursday. On the other side of the court, the Cleveland Cavaliers (42-35) have every reason to want to bury the Knicks. The Cavaliers currently sit seventh in the East, which would win them a date with the Brooklyn Nets in the play-in. Even worse, after the Knicks, they face the Sixers, Nets, and Bucks, making this a must-win.

For the Knicks, this should be about looking to next season. Play the young players and see who gels with whom. The Alec Burks and Taj Gibson minutes come in small spurts. Will Tom Thibodeau actually do that? Of course not. Burks remarkably played more minutes in March than Nikola Jokić. Tom Thibodeau is a criminal.

Obi Toppin is the only player certain to see an increased role, with Julius Randle already ruled out. As for Deuce McBride and Jericho Sims? It’s wait and see.

Here is what else to be on the lookout for.

The Garden has been home to the visitors this season. The Knicks have not played well at home much since full capacity returned. The team is an underwhelming 16-22 with the bright moments few and far between this season.

Midday matinees have the tendency to ease into the action like a car being started up in freezing temperatures. These usually lethargic starts can be avoided by the Knicks if Thibodeau opts to rightfully start Immanuel Quickley.

The Cavaliers are the superior team in the season series, beating the Knicks in the previous two contests. The best chance for the Knicks to shift the dynamic is to hit the floor running. Do not allow Darius Garland to get comfortable from the start. Without Evan Mobley, the rising star guard will look to take over.

In addition to being the type of lead guard that can speed up the tempo, Quickley is also the best bet at slowing Garland down for a full game.

The 2019 draft class has blossomed this season, and today features a clash of two of the class’s best. Darius Garland leveled up his game considerably, averaging 21.5 points and 8.7 assists per game this season to lead the Cavaliers’ resurrection. Garland has been a workhorse for the Cavs, averaging 40.0 minutes per game, and with his talented bigs out chances are Garland will see at least 40 minutes in this one.

RJ Barrett is no stranger to major minutes. Barrett also became a 20 points-per-game scorer in his third season, averaging 20.1, as he became his team’s best player. With Randle out, Barrett will likely see at least 40 minutes as well, setting up a potential duel worth tuning in for.

Julius Randle is not being shut down for the season. Randle will miss Saturday’s contest, however, with a quad injury. Randle had a bounce-back game of sorts on Thursday in the streak-ending loss to the Charlotte Hornets, scoring 21 points and dishing out seven assists.

Someone who should be shut down is Quentin Grimes. There is nothing to be gained this season that is worth risking longer-term injury. Also out for the Knicks is Nerlens Noel (foot). Noel is on pace to play a whopping 25 games after signing a new deal over the summer.

The Cavaliers will not be able to exploit Randle’s absence, or at least they should not. Evan Mobley (ankle) is out, as is Jarrett Allen (finger). Mobley tortured the Knicks in their first meeting of the season, putting on a show for the MSG crowd.

Known Knick nemesis Rajon Rondo (ankle) is also out for the Cavaliers.