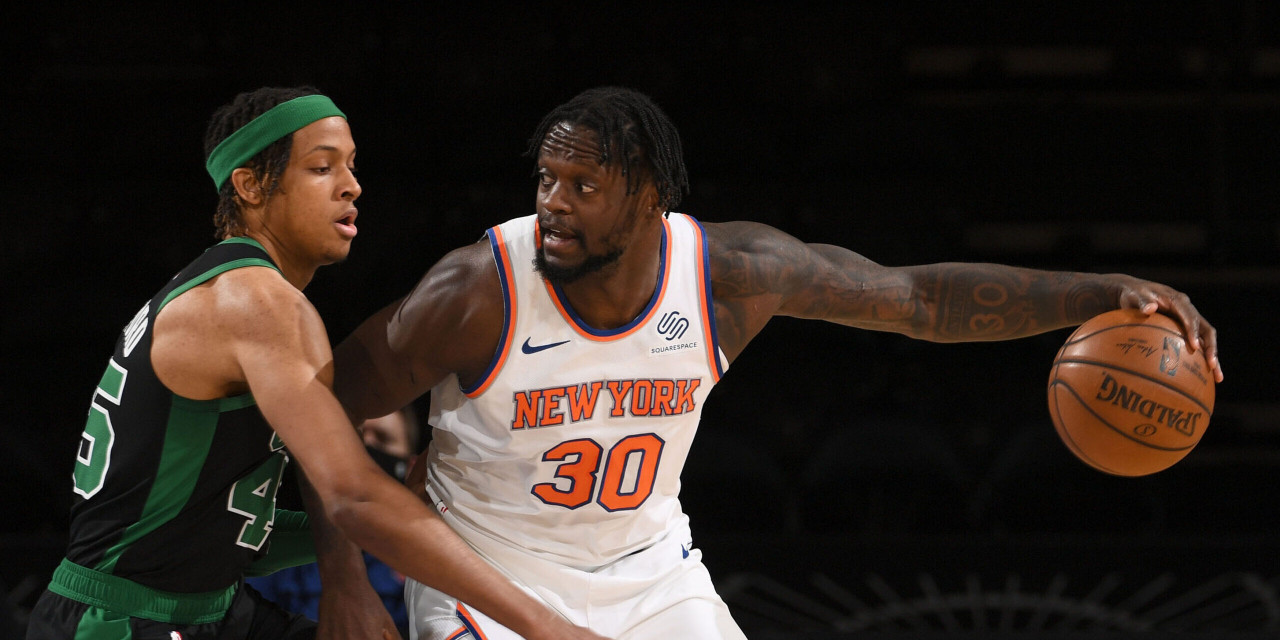 Fresh off their first playoff appearance in eight seasons, the Knicks begin the 2021–22 season with a home matchup against the Boston Celtics.


Building off a perfect preseason, the New York Knicks will welcome division rival Boston Celtics to Madison Square Garden to start the regular season. The Knicks swung the pendulum on their side last season, taking two out of three from the Celtics, who had a turbulent 2020–21 campaign to say the least.

The Knicks will be looking to prove that they are no flukes. Many are projecting the team to regress to the mean this season despite the additions of Kemba Walker and Evan Fournier, not to mention a strong rookie class.

With the added chip on their shoulder, the Knicks could use the Garden stage to make a statement.

It is not hyperbole to say this is the most anticipated Knick season in 10 years, Carmelo Anthony’s first full season in New York. This Knick team is markedly different from the 2011 squad. The offense will be a democracy, not a monarchy like it often had to be for a large chunk of the Anthony years.

Something else is at play this season—the chance to own the city. The rest of the New York sports teams are in the dumps or idling in purgatory. The Knicks have been the sole feel-good team as of late, and a strong start out of the gates could turn the five boroughs Orange and Blue.

Kemba Walker will be the story of opening night. We know what to expect from Julius Randle and RJ Barrett. How well Walker plays against his former team is more of the unknown. Walker never reached the heights that the Celtics had hoped for when they signed the Bronx native to replace Kyrie Irving.

The Celtics shipped Walker off to Oklahoma City to rot, unintentionally kickstarting Walker’s journey back home. If you think that is an exaggeration and Walker is not taking it that seriously, guess again.

“I felt like they didn’t want me no more, and it’s my old team,” Walker said Monday. “Definitely, I want to win. I want to beat those guys.”

Walker will match up with his replacement Dennis Schröder and is sure to see Marcus Smart in high leverage moments.

Kemba has a knack for the dramatics, and it would not be shocking to see him notch his Knick moment very early.

Jaylen Brown has cleared COVID-19 protocol after testing positive on October 8th, and cleared for tonight, setting up a duel of duos.

Julius Randle capped off the preseason in empathic fashion, which should set the tone for the regular season.

JULIUS RANDLE IS A SUPERSTAR pic.twitter.com/oghBHC2puD

Randle scored at least 20 points in each of the three meetings against the Celtics last season, and the Celtics really don’t have a consistent answer to stop him. If Randle gets going early, he could carry the offensive load.

RJ Barrett will have to play a big role if the Knicks hope to win. Barrett put together a nice preseason where he shot 48% from three-point land and took command on defense. The 21-year-old Barrett is in store for a busy night against the top two Celtics. In each of the team’s four preseason games, Barrett drew the top defensive assignment, meaning he will be tasked with guarding Jayson Tatum or Brown all night while simultaneously having to deal with Brown or Smart guarding him on the other end.

Nerlens Noel is the only no-go for the Knicks. Noel is doubtful to suit up tonight with knee soreness.

That leaves Taj Gibson as the likely starter as Mitchell Robinson still works his way back into game shape. Robinson returned to action for the first time in months following a broken foot. Thibodeau could also use rookie Jericho Sims for added depth or play Obi Toppin and Randle some more following the success in the preseason finale.