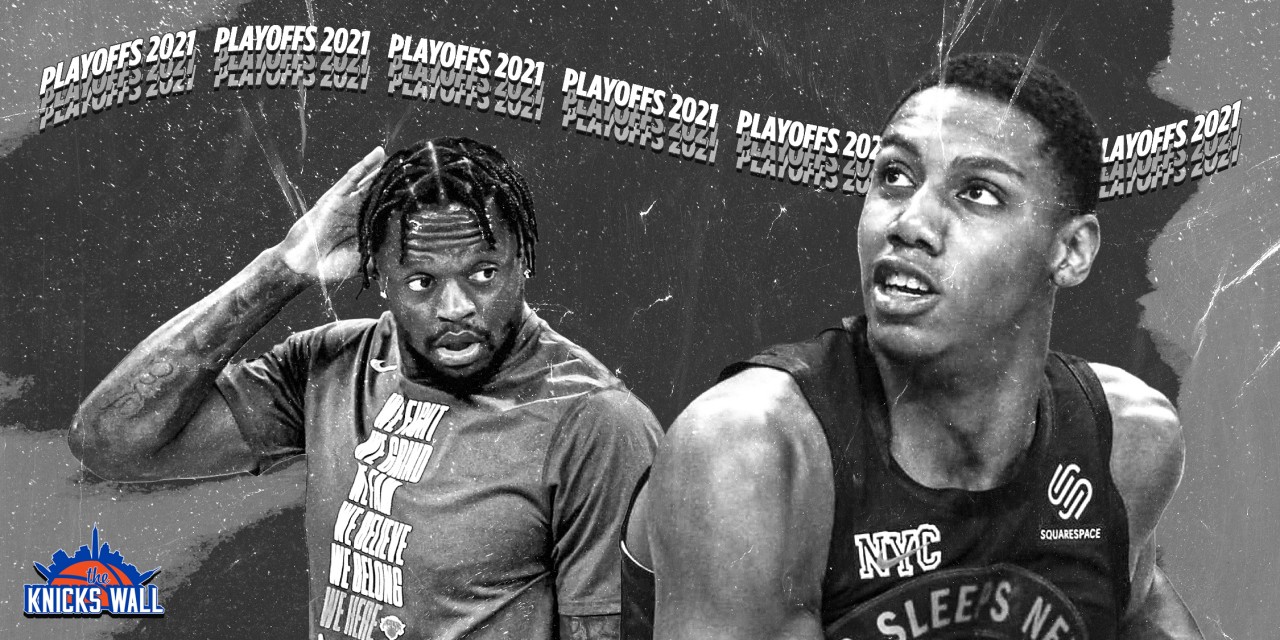 Despite going home in the first round of the playoffs, the New York Knicks finally have a proper direction.

At 23 years old, this New York Knicks team provided the most fun of my lifetime. They played every game like it was their last, resulting in one of the best defensive teams in the league. It led to the evolution of Julius Randle into an All-Star and the NBA’s Most Improved Player. Most importantly, the Knicks’ grit and grind identity in a time where that’s extremely rare to find in today’s NBA drove them to a 41-31 season.

This would be good enough for the fourth seed in the Eastern Conference playoffs, where New York hasn’t been in eight years.

Yes, I expected the Knicks to beat the Atlanta Hawks in the first round, but when that isn’t what was meant when I said it wasn’t supposed to end like this. It was truly shocking to see a team energized nonstop throughout every game this season lose that intensity with their backs against the wall. The Knicks allowed 14 offensive rebounds and 44 points in the paint in Game 5 against the Hawks.

It didn’t matter that the Knicks shot 40% from three, and the Hawks shot 26.5% because the Hawks got whatever they wanted on the boards and in the paint. Looking at the box score, this won’t seem significant since the Knicks also had 14 offensive rebounds. While the rebounding numbers were similar, New York began to lose out on rebounds, and hustle plays they would get all season.

As the Hawks defeated the Knicks 103-89 to close out the series, the same New York energy, an energy that willed the Knicks throughout the season, began to wither. Each Clint Capela offensive rebound, each 50/50 ball, the Knicks were losing it, which added to 17 turnovers, were key in sending New York into the offseason.

All this being said, what happened in Game 5 should not take away from how important this season was for the New York Knicks and how special this 2020–21 team was. I predicted that this team would go 18-54. After eight years of searching for stability, a head coach, a star player, just about anything, the Knicks are entering the offseason with a clear path to improvement.

This all starts with Julius Randle. Randle averaged 24.1 points, 10.2 rebounds, and 6.0 assists during the regular season while shooting 41.1% from deep. He is by far the best player that New York has had since Carmelo Anthony. The Knicks must sign him to a long-term deal this offseason.

Randle only averaged 18 points per game while shooting just 29.8% from the field and 33.3% from three through the five-game series. He also averaged 4.6 turnovers per game and had eight of them in Game 5. Randle is like the head of the snake for this Knicks team. If you cut off the head of the snake, the rest of the body will fail. The Hawks locked up Randle, which led to a brutal showing for the team. Randle didn’t have it this series, and his frustration wore on the rest of the team, leading to these lack of concentration, low-energy plays in Game 5.

Improving the roster will also lead to an improved Randle next time the Knicks are in the playoffs, which leads to the topic of what the team should look like next season.

The biggest priority for the Knicks this offseason should be addressing the point guard position, whether it’s a signing or a trade. The Knicks started Elfrid Payton, as he was healthy during the regular season. Once the Knicks needed to make a change against Atlanta, Payton was benched for Derrick Rose. Barring any unforeseen circumstances, Payton won’t be back in 2021–22.

Despite this free agency class being weak overall, there are some solid point-guard options, and it starts with Kyle Lowry. Lowry would be the PERFECT player for this team. Obviously, Lowry is a veteran player who comes with championship experience. Most importantly, he’s still excellent and likely has two or three good years left despite being 35 years old. Lowry averaged 17.2 points this season, 7.3 assists, and 5.4 rebounds while shooting 39.6% from beyond the arc.

The more realistic point guard option appears to be Lonzo Ball, who quietly improved tremendously during the 2020–21 season. Ball had his best offensive season by a landslide, averaging 14.6 points and shooting 37.8% from three on 8.3 attempts per game. He’s only 23 years old, and his best basketball is ahead of him. That being said, the Knicks will have to pay up, given the fact that the Pelicans seem intent on matching most offers for him.

If the Knicks can’t land Ball or Lowry, Cam Payne, who’s had an impressive season for the Suns, makes sense. However, New York should be wary about paying too much money, given that he’s only had two good seasons. New York could also look at the trade market for point guards and should be drafting one no matter who they sign. Appealing point guards in the 2021 NBA Draft include Auburn’s Sharife Cooper, Tennessee’s Jaden Springer, and Baylor’s Jared Butler.

2021 Free Agency: Players That Were on the Knicks

Derrick Rose, Frank Ntilikina, Elfrid Payton, Alec Burks, Reggie Bullock, Nerlens Noel, and Taj Gibson are all free agents. It would be shocking if Ntilikina and Payton were back with the Knicks. However, New York has tough decisions to make regarding the other five players.

First, it’s hard to see Rose not re-signing. He played some of his best basketball since his injuries, and he’s playing under Thibodeau. It wouldn’t shock me to see him even take a pay cut to return. Hopefully, he’ll be the dominant sixth man he was for the Knicks this year again. In this same category is Taj Gibson, who will likely return as a third center on the roster.

Derrick Rose on his potential future with the Knicks:

"I would love to come back, who wouldn't want to play for the Knicks or be in New York?" pic.twitter.com/7d8wHTnWtB

In terms of Burks, Bullock, and Noel, the Knicks will probably only sign one of two of them. All three of these guys will get decent money this offseason, as they all had phenomenal seasons. With New York owning his Bird rights, Bullock seems to be the most likely to return next season.  Bullock was a surprise this season as he shot 41% from three. The Knicks need the shooters to spread to the floor for R.J. Barrett and Julius Randle, so Bullock needs to stay. Additionally, he’s a great veteran presence, locker room guy, and it seems like he very much wants to return next season.

NY WE BACK….work hard this summer and WE BACK

Burks could definitely be on the way out, as the Knicks will add some backcourt pieces. Noel is an interesting case, as he was awesome this season and has a case for being one of the best backup centers in the league. However, with Mitchell Robinson due for an extension, it’s hard to see the Knicks paying both of them, so unless Noel doesn’t get much money, it seems unlikely he will return.

Just a few weeks ago, I wrote about the Knicks retaining Noel over Robinson long-term. This series against the Hawks proved how wrong I was. Robinson’s length and threat to catch lobs on offense could have changed the series tremendously, and Noel is very much an injury risk long-term.

Immanuel Quickley was a home run of a pick at 25th overall. He will have an increased role in the future and is one of the several building blocks on this roster. This is something that’s been discussed all season. His ability to be a creator on offense and score 15 points in fewer than 10 minutes makes him the perfect piece off the bench. Increasing his minutes from 19.4 per game to 26-27 is the right move.

Watching Obi Toppin go from a player who looked lost on the court at the beginning of the year to a player who was a legitimate contributor in a playoff series was just amazing. Toppin’s confidence grew in each game, and it’s clear that he’s ready to take the next step in 2021–22. While it’s hard to make the type of leap Barrett did from year one to year two, don’t be surprised if Toppin comes close.

Coaching was a major topic of discussion throughout this playoff series. The truth is that if you have flaws as a coach, they’re going to be exposed in the playoffs.

While it’s clear that Thibodeau should have done some things differently, such as going smaller, attacking Trae Young on defense, and playing Immanuel Quickley more, it’s hard for me to put much blame on him. At the end of the day, the players need to hit open shots, which they didn’t. If the players hit shots at the rate they did during the regular season, then it’s a different series, and that’s not something that can entirely be pinned on Thibodeau.

Overall, Thibodeau is a major reason for the Knicks’ success this season. We all disagreed with several decisions he made during the year that ended up being the right ones.

I’m excited to see what he can do next season.