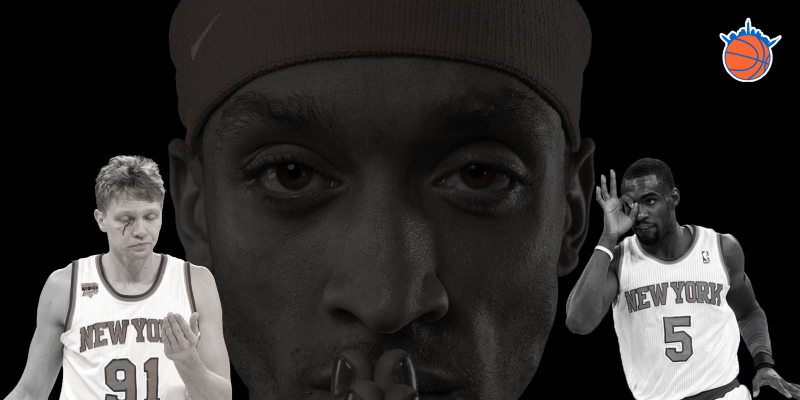 Can anyone fill the void left by Carmelo Anthony at the forward position?

Here we are. Preseason is officially underway and New York Knicks basketball, for better or worse, is just around the corner.

With this new season, there is a cautious wave of optimism that the Knicks might actually have something brewing in regards to a youth movement with Kristaps Porzingis finally the focal point of a roster without Carmelo Anthony. Alongside Porzingis, interesting youth players such as Tim Hardaway, Jr., Willy Hernangómez, and Frank Ntilikina possibly make up four spots of the starting five.

Arguably, though, the Knicks have their deepest, and most intriguing depth at the wing positions going into this season. The wing depth is made up of Michael Beasley, Damyean Dotson, Mindaugas Kuzminskas, Courtney Lee, Lance Thomas, Doug McDermott, and the aforementioned Hardaway.

One of the big question marks of this group is their shooting touch, which isn’t exactly ideal for a group of wing players. Between Hardaway, Jr., Thomas, McDermott and Beasley, four of the six players we’re anticipating to garner big minutes from this group, all four are erratic shooters. Utilizing true shooting percentage (TS%) to assess their total contribution shooting wise on offense, we find that none of the four players listed break into the top seventy in the league. The statistic–which does not account for minutes, rather shooting efficiency, allowing for role players to thrive in limited minutes–effectively indicating the mediocrity of this group. Leaving it at this, though, would not be telling the full story.

For Hardaway, Jr., who was originally drafted by the Knicks before being traded to the Atlanta Hawks for a draft pick, he has seen change only since last season. Hardaway, Jr., shot 40.8 percent from the field during his first stint with the Knicks, and in his two years in Atlanta, where erratic shooting landed him in the D-League for a short stint, THJ shot 44.3 percent from the field–giving hope of progress in his game. His latest season, a season in which he played a career high 2154 minutes, Timmy saw his highest usage percentage arise at 22.5 percent, alongside his highest accumulation of win shares (4.8 — 1.7 more than his career high). Putting Hardaway, Jr., in the starting five, with an offensive minded coach such as Jeff Hornaceck, should only further help his development.

In regards to Thomas’ inconsistencies last season, much of it can be placed on injuries. Lance played just a little over half the season, dressing for 46 of the 82 total games, as he was plagued with head and hip injuries over the course of his tumultuous season. In 2015–16, when Thomas was able to play 59 games, though still somewhat injury ridden, he was able to find his groove, shooting 44.2 percent from the the field and 40.1 percent from three-point range, proving to be an effective weapon off the bench. Perhaps a clean bill of health will be exactly what Thomas needs to be a useful player with the team once again. 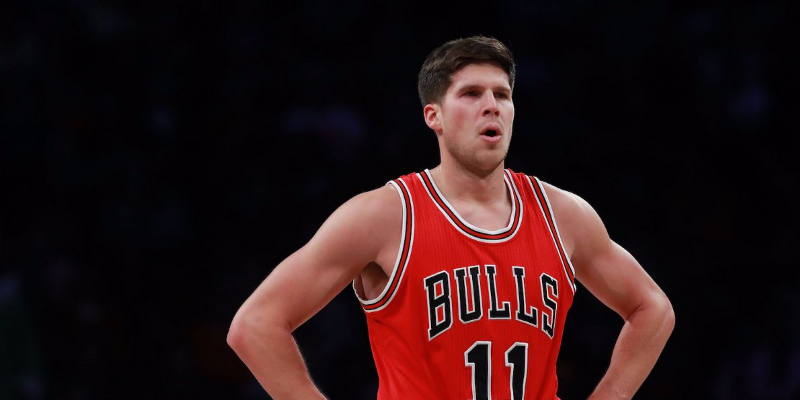 McDermott is the player I am least worried about in this category. Leading the group in TS% at 55.1 percent, McDermott’s biggest issue has truly been what teams have called upon for him to do. A defensive liability and a somewhat motionless offensive option, being in New York will be a good switch for the former Creighton sharpshooter. “Dougie Buckets” will fit into the rotation to the same extent Steve Novak did –a spot up shooter, who will help spread the floor from the 3 spot and open up space on the perimeter, allowing Ntilikina to drive and Porzingis and Hernangómez to thrive inside. Having such a unique four in Porzingis, a player capable of playing anywhere offensively, McDermott can play off that flexibility, sit comfortably on the perimeter and spot up when given the ball.

Who doesn’t love Michael Beasley? Speaking on October 2, Beasley proclaimed “I match up with the best guys in the world.” A player that oozes confidence, Beasley’s mouth sometimes does get the better of him, but many players like him have succeeded in New York–who’s to say he can’t? (Here’s looking at you J.R. Smith.)

Beasley played the recurring player role largely off the bench last year for the Milwaukee Bucks, and honestly, was not bad. Two particularly bad seasons (2012–2013 and 2014–15), alongside a talkative personality, have hampered his reputation in the league, but in the short term, he is a serviceable scorer off of the bench. Last season, Beasley shot 53.2 percent from the field on 7.3 shots per game, leading to him averaging 9.4 points per game. Most likely playing a slightly bigger role on the Knicks, Beasley needs to be able to build off of what I would call a successful season and truly transfix himself as a scoring option off of what I would call an erratic bench.

The follow is the defensive rebounding percentages (DRB%) of the current wings on the roster from this past season on their respective teams:

There are clearly standouts on this team in Beasley and Thomas, who happen to be two of the three tallest wings on the roster, making their performances understandable. An issue that exists is that the fact the 6-foot-9 Kuzminksas has a lower defensive rebounding percentage than the 6-foot-6 Hardaway–if Kuzminskas can use his frame to box out and snag a higher percentage of rebounds and Doug McDermott is able to raise his rate a little higher since he is one 6’8″, this group will be a strong rebounding team. 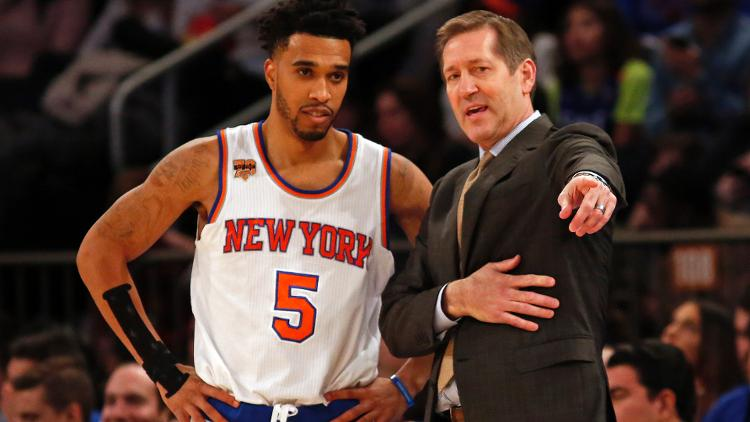 The biggest question mark, defense, does not look like it has a clear cut solution like shooting or rebounding do.

The following are the defensive win shares (DWS) for the wings on the Knicks from last season on their respective teams:

The biggest surprise on this list is clearly Hardaway, Jr., who from his time on the Knicks, was known as a horrific defender. He posted 0.4 DWS in his first season and 0.0 DWS in his second season. The Hawks were able to get him back on track, though, as he upped his defensive efforts, posting 1.0 DWS in first season in Atlanta before posting 2.1 DWS last season, giving the Knicks both a new scoring option and adding a now stronger defender to the roster.

Outside of THJ, though, there isn’t a lot of hope. Courtney Lee has a career reputation of being a strong defender, and while he was somewhat mediocre last season, the intangibles are there and proven. Beasley, at 1.0, is third, which, with the role he will be given, will be acceptable. Outside of those three, Kuzminskas, Thomas, and McDermott might as well have not even been in their own half while playing defense last year to have the same impact as they did, meaning that three of the six NBA proven wing players are weak links on this roster. Outside of those six, Dotson projects to have “some solid potential on defense, but he will need to improve his strength.”

The Knicks wings have the potential to be a strong offensive unit off of the bench but leave much to be desired defensively. Some storylines to watch out for is the continued growth of Hardaway, Jr., Thomas’ health as the season progresses, how McDermott settles into New York, and Kuzminskas’ second year with the Knicks.

The first test for this group will be on October 3rd against the Brooklyn Nets where we not only get a glimpse of all the new Knicks on this roster, but how this group of wings will gel off of the bench and in the lineup.

All statistics were gathered from the voluminous Basketball-Reference.

Debating the Future of the Knicks, Direction of New York’s Franchise