Knicks and Wizards Rematch at the Garden in Preseason 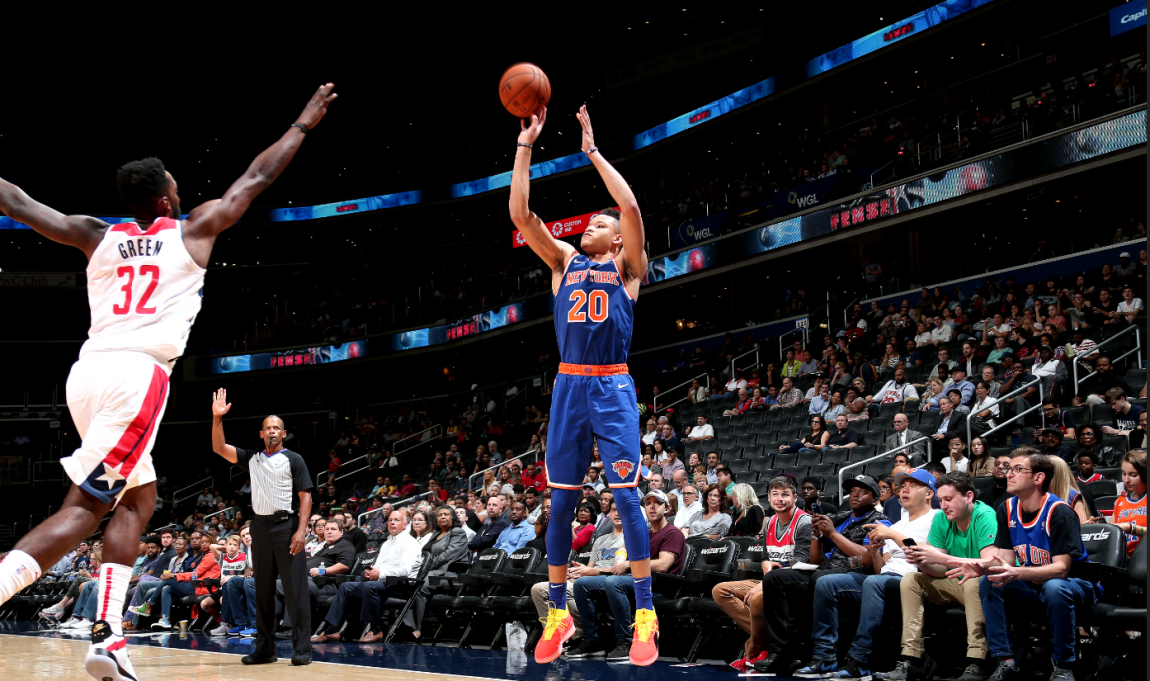 A feisty Mitchell Robinson being out will most likely cool any Markieff Morris beef, and the Knicks look to punctuate a successful preseason.

In their penultimate preseason contest, the New York Knicks will face off against the Washington Wizards for the second time in their five-game schedule. The Knicks are coming in hot; a three game streak with some notable moments from the rookies has given them a steady amount of momentum, especially after securing a win in these two team’s first rumble.

Here are some key areas to look for this time around:

Trier torched the Wizards on October 1st for 13 points and everyone hopes he can repeat it. In spite of Iso Zo’s…iso efficiency, he’ll need to show the coaching staff a little more than that. While his defensive stops didn’t make any highlight reels, they’d go a long way for a Knicks team in need of willing defenders since the dawn of the new millennium. Coming off the bench, Austin Rivers and Tomas Satoransky will end up guarding him. A pedestrian night from Austin Rivers doesn’t say much, but locking down sharpshooter Satoransky will solidify the staff’s faith in Allonzo as an NBA-ready player.

Can Knox bounce back?

Kevin Knox’s first outing was satisfying, but he has since struggled to find his rhythm. Although finishing with a double-double against the Pelicans, Knox shot a very poor 6-of-19. If he doesn’t share the floor with Emmanuel Mudiay for too long, he may be able to showcase where he excels: pushing the ball and breaking down laggy defenses. There doesn’t appear to be much Knox can do to lose the trust of Fizdale, but another hot performance would ease fans’ minds.

In his most recent contest for the Knicks, Noah Vonleh scored 10 points and corralled 11 rebounds. He’s given the front office something to think about. While Vonleh has traditionally been a power forward, Fizdale has played him at center, staying true to the small ball principles he touted in the offseason. So far, it’s paid off. Vonleh has a good handle for a player that size. If he can pull off another impactful game, Vonleh may find himself on a guaranteed contract with the Knicks. Look out for him taking advantage of the Wizards in transition.

The Knicks held the Wizards to a 41 percent field-goal percentage and kept their sharpshooters at bay with a 8-of-38 three-point outing. It was about the same story for the Nets and the Pelicans as well. Defense hasn’t been perfect, but the added athleticism from the young core has helped close out shooters. The Wizards’ passing has been sloppy as well. Ntilikina, a lanky defender could be the beneficiary of errant passes wherever he is on the court.

Pace has hugely improved for the Knicks thus far, and they will continue pushing the ball again tonight. The team still needs to be reminded to pick it up, but I’m sure Fizdale will fix those kinks before the regular season begins. It will be interesting to see how the Wizards adjust to the Knicks’ new offense after playing them a week earlier. Hopefully, the Knicks respond in kind.

For the second to last preseason game rookie Mitchell Robinson is doubtful (don’t hope for a Robinson vs. Morris rematch tonight), but that gives Vonleh more time to shine and make the squad. Look for Allonzo Trier to show the Knicks a little more, and for Knox to bounce back from two mediocre performances. Enes Kanter will be Enes Kanter, so expect at least to be entertained by some backdowns and put backs if all else fails.