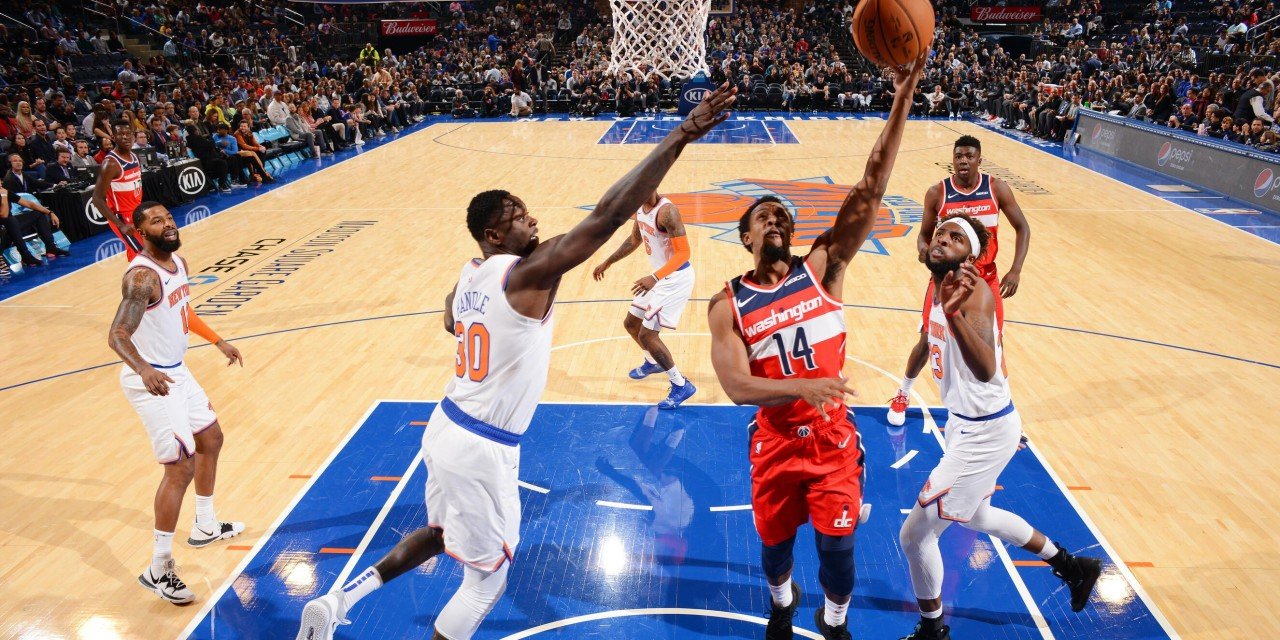 After a solid first-quarter starter, the Knicks were quickly swamped by Bradley Beal and the Wizards to notch their first preseason loss.

Ah, preseason basketball. A time for Knicks fans and viewers alike to stop bickering about the shortcomings of the offseason and see the players actually play on the floor. After a game that was overshadowed by questions about toughness, bringing the bully ball back to the Garden and one player ejected, the New York Knicks and Washington Wizards were back at it again.

The New York Knicks fell to the Washington Wizards 115-99. Bradley Beal led the Wizards with 21 points and five rebounds. For the Knicks, Marcus Morris led the way with 21 points and six rebounds. The Knicks have two more preseason games remaining before the start of the 2019–20 season.

After winning the first game, the Knicks got off to an early start in the first quarter. The offense was swinging the ball around, getting out in transition and making it difficult for Washington to get any easy basket around the perimeter. R.J. Barrett got some really good looks early and the Knicks looked active.

Washington then proceeded to make it very difficult for New York after that.

The Wizards outscored the Knicks 41-17 in the second quarter, turning New York’s defense into Swiss cheese. At one point, Walt “Clyde” Frazier called a defensive lapse by the Knicks before it even happened. What started as a six-point lead for New York turned into Beal prancing through the lane for three straight layups to end the quarter.

Washington didn’t let up from there, finishing with 19 made three-pointers on 41 attempts, stretching New York’s defense. Moritz Wagner gave Bobby Portis and Marcus Morris fits in the pick-and-roll, as Wagner’s shooting was on display. Even as New York cut the lead to a reasonable margin, Justin Anderson knocked down three threes in four possessions and the Knicks went quietly into the night.

RJ WITH THE SAUCE pic.twitter.com/jYZTFlAD9b

The New York Knicks are back in action on October 16 against the Atlanta Hawks. Tip-off is set for 8:00 p.m. EST.