The Knicks Would Be Lucky to Sign Mike Conley 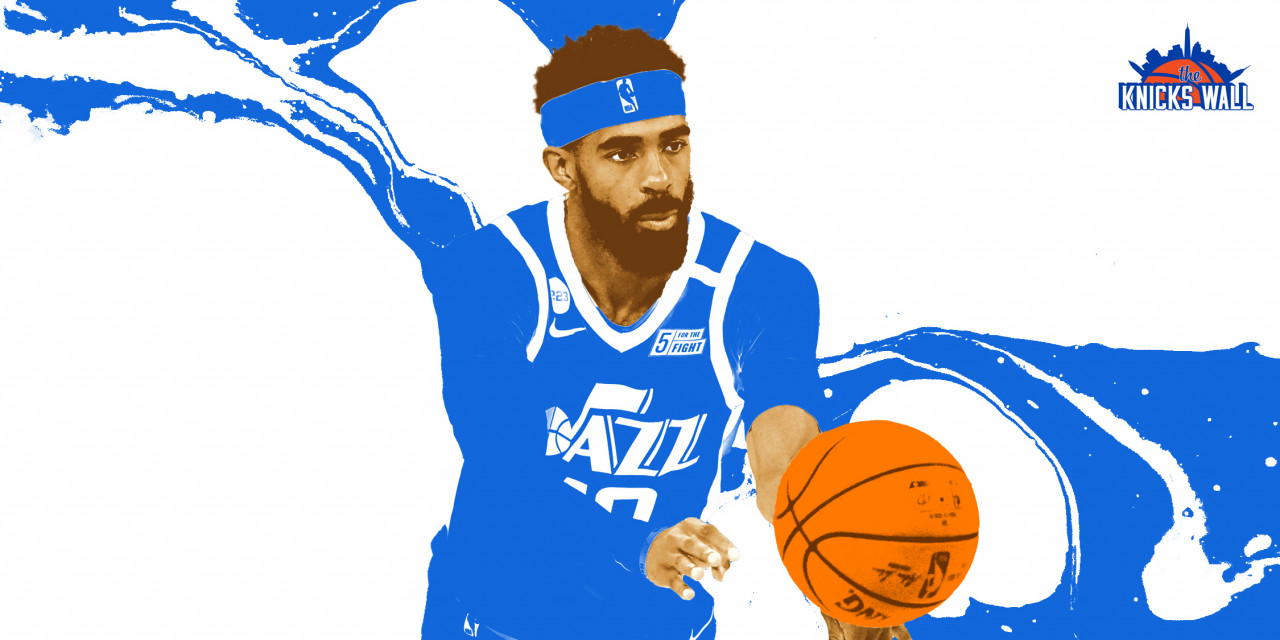 Mike Conley is the right kind of savvy veteran that could elevate the Knicks. But luring him away from Utah in free agency is going to be tough.

If you haven’t tried out Ryan Gray’s brilliant TKW Offseason App (Vol. 3), well, 1) what’s wrong with you? And 2) I implore you to give it a run as a sort of therapeutic exercise, not merely as a distraction/GM dream fulfillment by way of advanced trade machine shenanigans. The former is fun, though the latter is shockingly effective in showing exactly what someone values, not just in building a team, but in life. Why pay for therapy, when you can simulate an offseason for the team that finished fourth in the Eastern Conference last season?

Like, for instance, does a user arbitrarily throw three-quarters of the available cap at Kawhi Leonard, a player with a built-in rental policy that keeps him in one location for no longer than 31 months? That proves that, when considering romantic partners, this person doesn’t look toward the future, remaining enamored by what the honeymoon stage promises. Do they make a big (fake) trade for Damian Lillard, thus reducing their affordable free-agent prospects to Gorgui Dieng and Ben McLemore? They waste gift cards on wants, like the latest edition of a video game that’s graphics look the exact same as the last six versions, instead of saving them for needs, like multivitamins or a fresh package of underwear.

Do they slightly overspend on a veteran point guard in the interest of whipping this young, not-quite-directionless core into the shape they can take—that of a perennial, homegrown contender?

That user is a sensible person, one who greatly values the process of maturation, the concept of patience, and worships the idea that mentors can make an inimitable impact on a young person’s life.

That user is me. That user wastes no time when faced with the opportunity to sign Mike Conley.

Entering his age-34 season and coming off his first career All-Star appearance (on a technicality, no less), Conley might feel like just about the last thing the New York Knicks should do in what fans and pundits are clamoring to call a do-or-die offseason. And if you subscribe to that philosophy—that a flashy move must be made this offseason to effectively capitalize on the high the franchise enjoyed last season—then you might be right. The aforementioned pushing of one’s pile of chips to the center of the table to bet it all on Leonard (via free agency) or Damian Lillard (via trade) has the immediate potential to send a team careening toward, if not directly to, the NBA Finals.

But if you, like me, disagree with the notion that the Knicks are just one splashy star away from a title, and would be better served by making a move that represents an investment in the long-term future, then Conley makes all the sense in the world. He’s as pure a valuable veteran as there is available, one that’s not close to ready for a minimum contract sensei role, but one who can certainly perform the tasks of one while contributing to a winning effort and filling a dire team need. Over the course of his 14 seasons in the league, he’s remained a stalwart in efficiency and in making teams better. He’s never been a terrifying scoring threat, but his penchant for raising a team’s overall ceiling through spacing and vital shot creation arguably offers more value than scoring 25 points per night.

If last season’s ascendance proved anything, it’s that the Knicks have the potential to be very good. Adding Conley would help to maximize that potential by doing two things simultaneously. For one, it would automatically turn them into a team better prepared for Eastern Conference foes like The Trae Young-led Atlanta Hawks and, yes, the Nets and Sixers. No, Conley wouldn’t put them in a position to necessarily beat those teams in a seven-game series. But at the very least, he’d propel the Knicks to be a bit more competitive.

But I fall deeper in love with the idea of Conley calling Madison Square Garden home when I look at R.J. Barrett, Immanuel Quickley, Frank Ntilikina (maybe), Luca Vildoza, and now Miles McBride. Barrett, of course, isn’t exactly a point guard. But he’s still one of the team’s better playmaking options. And as he grows into his role as the team’s secondary floor general and improves as a shot creator, he’d be walking on a dream if he was to suddenly be on the receiving end of guidance from a player of Conley’s style and ilk. Corner threes from Barrett are one thing. Dribble penetration dumps to a cutting Mitchell Robinson on a nightly basis? I need to sit down. Someone rev up the EKG.

The same (and then some) goes for the team’s actual point guards, particularly Quickley and Vildoza. Both have shown flashes of scoring ability—Quickley during his rookie season with the Knicks; Vildoza in Argentina—but leave something to be desired as playmakers. That doesn’t mean they’re bad playmakers (they’re not), just that Conley could help make them better (or, in an ideal world, worthy of the ever-desirable “great” distinction). Time is money, particularly in this game. It would take a lot of money to get Conley; it would maximize already-borrowed time to have him in the locker room and running the offense.

Let’s talk about the money it would likely take. No matter where he ends up playing next season, Conley is all-but-guaranteed to garner a multi-year deal and to be owed $20-25 million annually. The Knicks can afford that, but will they want to pay it to an aging, injury-hampered point guard, regardless of the fact that he’s an All-Star and a consistent bellwether for team success? It would make more sense to offer a two-year, fully guaranteed. That way, you’re satisfying something Conley undoubtedly wants while also saving some room for future free agent investments. The question then is whether or not Conley bothers to entertain that option.

Honestly, this universe in which the Knicks end up signing Conley—a world I’d love to live in—likely exists in a vacuum. The most probable scenario is that he remains in Utah. The Jazz went a league-best 52-20 last season and plan to prioritize bringing Conley back for the 2021–22 campaign. Per Marc Stein, they’re ready to shell out $75 million over three years to keep him in town. Though the Knicks had a nice season in 2020, the idea of sustained stability and the prospect of returning to the superior conference’s regular-season champion automatically makes for a better pitch than “Hey, Julius Randle made All-NBA last year!” If it’s money that Conley prioritizes, the Knicks can make his decision a harder one. He’s never seemed like that kind of player, though.

In February, Conley was glowing in his very realistic explanation for why he wanted to return to Utah, saying, “Utah’s got me. I was talking about this to my wife recently. We love it here,” Conley told The Athletic. “I don’t think I can go anywhere else that plays the way we play. We’ll see this offseason because when that time comes there will definitely be a lot of chatter. But, from where I sit right now, this team is so unique, in the way we play. And everyone has bought into what we want to do on both ends of the floor.” Something he neglected to mention then, but will heavily consider while making his decision: how well Utah has managed his health in his two seasons with the team. All players value that. Aging players, even more so. The Knicks’ training staff doesn’t have any huge blemishes on its résumé, but why would Conley want to leave a secure scenario for a couple more bucks in guaranteed money?

With every word I type, I’m becoming less and less confident that even getting Conley to take a meeting in New York is in the cards. While they’d be able to compete financially with any potential offer, Utah’s current winning ways are undeniable. Helping a team further its newfound success and navigate its promising future feels more like an alternative NBA 2K campaign than a realistic path for a capable vet not created in Ronnie’s MyPlayer lab. And maybe it doesn’t even make sense for the Knicks, depending on what they value most. They haven’t made a real splash in free agency since signing Julius Randle in 2019, but no one really called that a splash at the time. Conley would represent that, as far as definitions go. But is their version of playing the long game similar to mine—aiming to improve the team while helping its young talent grow internally—or the formulaic version—saving money and assets to make a bigger splash when, oh, I don’t know, Zion Williamson inevitably wants out of New Orleans?

That’s a bad example because the answer is obvious. And there might be an obvious answer to what Conley’s future has in store. But obvious answers are no fun. Trade (and offseason) machines are fun, and they’re even more fun when a team ends up operating like you did while managing them through said machines. My move would be to sign Mike Conley. But the ball is in the Knicks’ court now. They hold the fate of my fun—and, in reality, a bountiful version of their own future—in their hands. No pressure or anything.