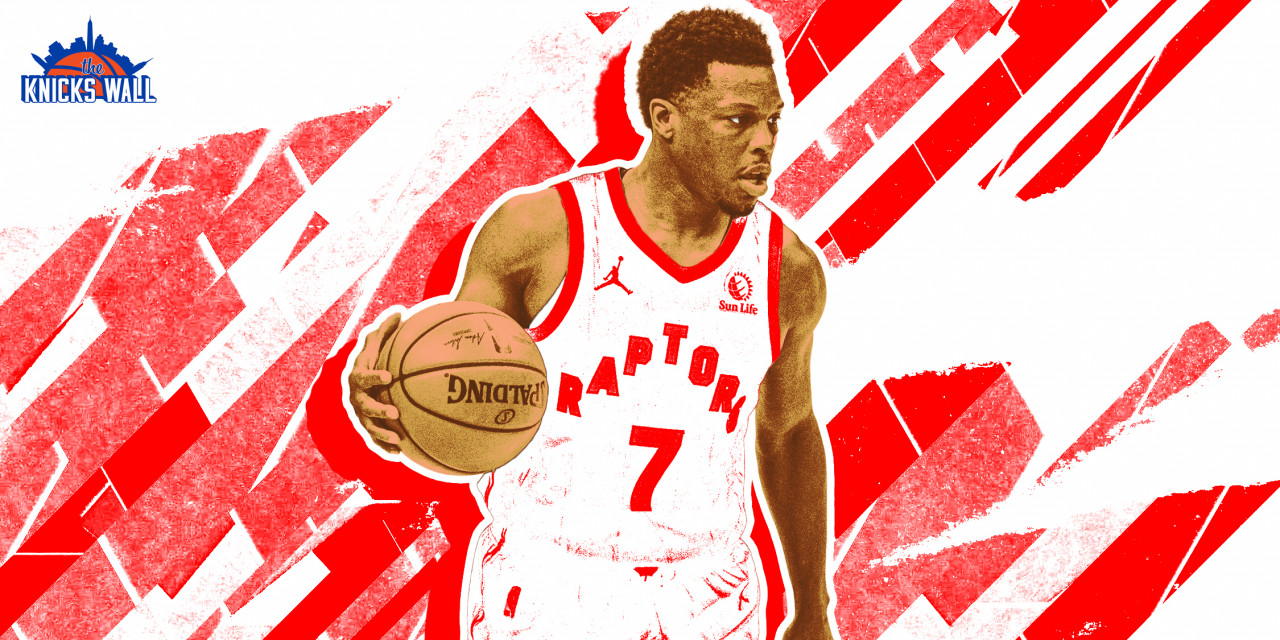 The New York Knicks could use a starting point guard, and Kyle Lowry would be the best talent available on the NBA free agency market.

For all the positive vibes heading into the 2021 NBA Draft and offseason, the New York Knicks are in tricky territory. Winning 41 games and earning the fourth seed suggests that the Knicks are on the way, especially when you consider some of their best players—Julius Randle, R.J. Barrett, and Immanuel Quickley—are under the age of 27 and, for Barrett and Quickley, still on their rookie contracts.

However, the team’s five-game series loss to Atlanta in round one of the playoffs puts New York back on standby. Now, the good vibes are matched with patience and the conversation of the Knicks overachieving this past season and expecting New York to fall back to a more realistic position with teams like Boston, Miami, Charlotte, and Toronto all getting back to 100% in one way or another.

So it creates an offseason that few teams can truly succeed in—building and chasing upside while also grabbing talent to maintain their recent success. The Knicks have more “assets” than most in this pursuit—nearly $50 million in cap space, three draft picks in the top 32—but it’s never easy balancing the future and the present, and oftentimes, you take from one to help the other.

So that comes with the balance of the draft for future upside and free agency for players who can help today. For Knicks fans, we’ve run through the gamut. The draft talk has been flooded with several point guard and wing players, same for free agency. However, we haven’t talked about the best player the Knicks can acquire this offseason for just cash. Money. No trades, just a straight contract offer, and agreement: Kyle Lowry.

Kyle Lowry is entering his age-35 season, coming off his ninth season with the Toronto Raptors. Lowry averaged 17.2 points, 7.3 assists, and 5.4 rebounds last season. We’ll get to contract status, but there were rumors that Lowry was rumored to want $50 million over two years. Several players can help the Knicks, but if they want to maintain their Tier 2 status in the Eastern Conference, Lowry would be the best addition.

The starting point-guard market, both free agency and the draft, appears robust, which is perfect for New York. Chris Paul, Mike Conley Jr., Dennis Schröder, Cameron Payne, and Reggie Jackson all have some level of interest in the Knicks. Outside of Paul, who will most likely re-sign with Phoenix after a surprising Finals appearance, Lowry is the best option of the bunch.

On offense, Lowry does two things for New York’s roster—balance and shooting. Last season, Lowry shot 39.6% from three while taking 7.2 attempts per game. Even though he took advantage of his shots at the rim (68.5% last season on 89 total attempts), what makes Lowry effective is his ability to take a large number of threes and make them. He may not be the true rim-pressuring point guard that Tom Thibodeau likes, but he’s a clear upgrade for their offense and veteran that can truly run the offense.

The balance is also crucial for New York. Last season, the Knicks relied on Randle, and for 72 games, it worked. However, the Atlanta Hawks revealed New York’s need for more creativity and balance in their offensive attack. Lowry offers a scorer and creator at the point guard position, as evidenced by his 31.8% assist rate. Lowry has been a part of great offenses for much of his career. Bringing his skill set to New York should elevate their 22nd-ranked offense while also being a viable asset in helping Barrett evolve into a key player in the offense.

Defensively, Lowry remains a good defender. Even at 35 years old, Lowry is good at the point of attack, and his size allows him to hold his own as taller guards attempt to post him up. The likes of Ja Morant, athletic guards who could get past him, could pester him at times, but New York’s defensive system should be able to cover for any continued decline in his profile. Putting someone like Mitchell Robinson behind him and a wing-like Barrett alongside him in the starting lineup, New York could continue to be one of the stingiest defenses in the league.

Lowry doesn’t take much off the table from roster construction

The biggest positive is Lowry’s overall play and instant contributions. The second might be how malleable he is to the Knicks roster and any potential add. He truly doesn’t remove anything off the table for New York.

Early in his Toronto career, he played in the backcourt alongside DeMar DeRozan and Rudy Gay, then DeRozan and Alan Anderson. He’s shared the floor with Greivis Vásquez, Norman Powell, Kawhi Leonard, Danny Green, and Fred VanVleet. In short, he’s been able to succeed and share the floor with a litany of different skill sets alongside him, some that pushed his shooting more than creation, and some relied on him creating rather than scoring.

With New York’s roster up in the air in the backcourt, the addition of Lowry truly doesn’t remove anything. Take Auburn’s Sharife Cooper in the draft? Cooper and Lowry can play together, allowing Lowry to offer more shooting while Cooper navigates to the basket. Lowry and current Knicks guard Immanuel Quickley? Quick can resume a role similar to the one he played alongside Derrick Rose last season.

Whether the Knicks add a small forward and slide Barrett back to the shooting guard spot, or add a former Lowry teammate like Norman Powell, the Knicks will have the ability to be flexible in the backcourt, even capable of running super-small backcourt lineups, thanks to Lowry.

If there were any concerns, the age and cost could be the two that push fans away. Entering his age-35 season could see some decline. He’s coming off a season where he did suffer an injury, his block-and-steal rates have declined slightly, and as mentioned before, he isn’t the most advantageous when attacking the rim. He makes up for his rim pressure with elite shooting, but it’s fair to say some decline has occurred. Some level of game management would do Lowry some good and could actually be good for both sides, allowing Quickley and Luca Vildoza to soak up some minutes while maintaining peak Lowry.

There’s also potential for an increased cost. Earlier in the postseason, a rumored two-year, $50 million contract was bandied about, which felt like a no-brainer for the Knicks. However, between rumored interest from the Miami Heat and Los Angeles Lakers and both teams benefitting from a potential sign-and-trade with Toronto for Lowry’s services, the Knicks may need to bump that number up slightly to obtain Lowry’s services. Would $60 million over two years be a bridge too far for the Knicks?

Kyle Lowry looks like the best addition the Knicks can make this offseason. Even after a season that saw him deal with injuries, he still brings enough to the table to qualify as a two-way point guard that could elevate New York’s offense. The Knicks already have ball-handling guards who can offer some reprieve if maintenance is needed, and Julius Randle and R.J. Barrett as two offensive options he can work with. The Knicks should also have cap space left over, which could be another roster upgrade.

In a world where I ran the Knicks, the lineup of Lowry, Josh Hart, Barrett, Randle, and Mitchell Robinson would be appealing. Four good defenders and Randle, who improved as a defender last season. Randle now has another creator to take pressure off of him offensively and smart off-ball talent in Barrett and Hart on the wing. With the 19th and 21st picks in the 2021 NBA Draft, you can take a point guard behind Lowry and a wing player to further strengthen your wing depth.

He’s also not harming New York’s future. The Knicks could bring in another point guard if they want to maximize their creation in the backcourt. Adding Auburn’s Sharife Cooper, Baylor’s Jared Butler, or West Virginia’s Deuce McBride in the draft and Lowry in free agency would show a true push to fixing the point guard position that has been average at best since the 1990s. You can also give Quickley more reps as an on-ball player as well.

The Knicks will look to balance the pressure of building on a surprising season and continuing to build and garner assets for future moves. Kyle Lowry not only offers a premier talent who can impact the roster right away but keeps New York flexible, as they continue to keep tabs on the addition of big-name players to their roster.