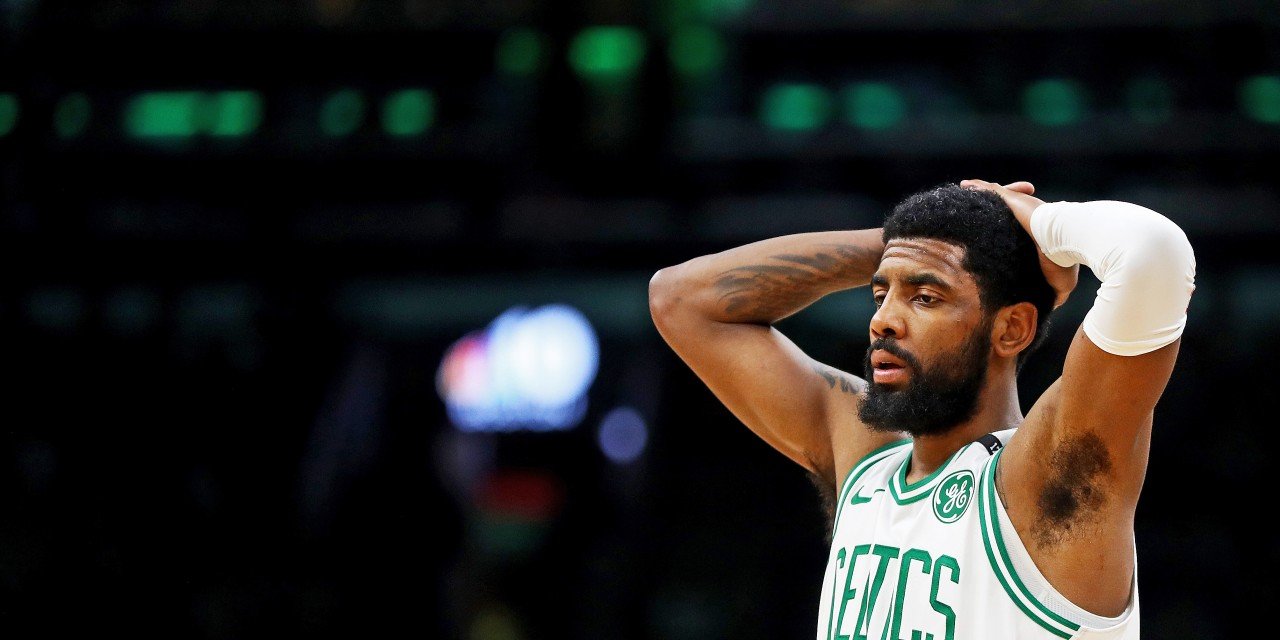 The apparently increasingly former Boston Celtic Kyrie Irving had quite a busy day on Wednesday.

First, Irving opted out of his $21.3 million contract—standard procedure—instead hopping into free agency, per The Athletic’s Shams Charania. Irving will be an unrestricted free agent when the market opens at 6 p.m. ET on June 30th.

Irving will likely find a four-year max contract worth $140 million that can be offered by teams not named the Boston Celtics, according to Yahoo Sports. While the Celtics can offer the former Rookie of the Year the longest and most expensive contract, Irving has had his foot out of the door for some time and looks to be ready to sign with a different franchise.

The New York Knicks have long been linked to Irving. Knicks fans at Madison Square Garden famously—possibly infamously depending on Kyrie’s free-agency decision—chanted “We want Kyrie,” while Irving and the Celtics visited New York in the two teams’ final matchup last season, a Boston away victory. Irving, a New Jersey native, would be a local tri-state comeback story for the Knicks—a crafty star looking to reconstruct the Knicks’ image in a winning formula while expertly planting roots in the area to reimagine the All-Star’s legacy.

The Knicks aren’t the only tri-state team vying for Irving, however. The Brooklyn Nets have progressively turned into a burning candidate to charm Kyrie away from their Atlantic Division rivals. Brooklyn completed a trade last Thursday that sent Allen Crabbe and its first-round pick to Atlanta for the Hawks’ Taurean Prince. Shortly after the move, ESPN reported the Nets made the trade in part because they intend to intensely pursue Kyrie Irving in free agency. Irving and the Nets reportedly have “strong mutual interest,” per ESPN.

The Knicks had wanted to pair Irving with Golden State Warriors forward Kevin Durant—but Durant’s ruptured Achilles tendon, which he had surgically repaired in New York on Wednesday, too, complicates the matter. Durant has until Free Agency Eve to decide whether to opt into his contract with the Warriors or not. The former MVP may decide to find a change of scenery for his months-long rehabilitation—and both the Nets and Knicks are trying to convince the All-NBA talent to do so in New York (concentrated in different boroughs, though).

The New York Post reported the Nets are “serious” about competing with the Knicks and beating the Manhattanites at their prized free agents. The Nets, like the Knicks, have the cap space to sign Durant and Irving.

Wednesday also brought a change in representation for Irving, further raising eyebrows due to an impossibly unnoticeable connection. Irving parted ways with agent Jeff Wechsler and has opted to find management from the Jay-Z-founded Roc Nation Sports (first reported by ESPN’s Adrian Wojnarowski). The Brooklyn-born hip-hop artist was a minority stakeholder in the Nets upon their relocation to the New York City borough but had to give up his share when he founded the sports agency.

For now, the six-time All-Star Irving has yet to make up his mind—although he appears to be camped out in an Upper East Side apartment heading into free agency. As to where he’ll sign? You’ll have to ask Kyrie on “July 1st.”

»READ: Despite Nets’ move, not all is lost for the Knicks in free agency