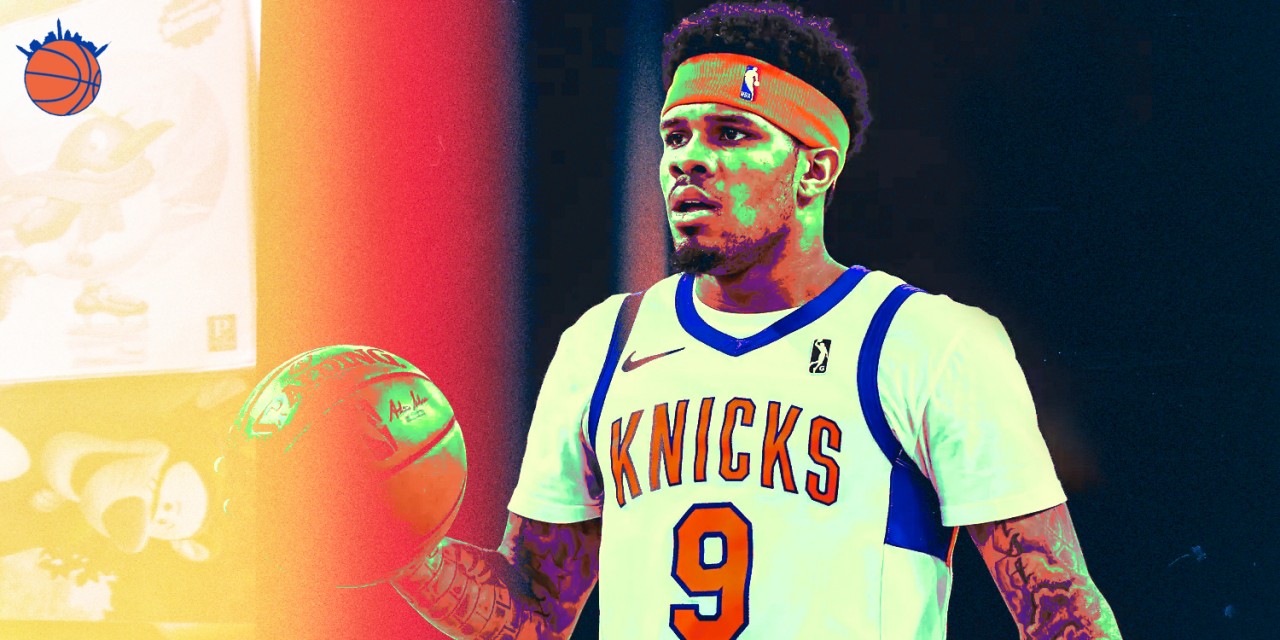 Revisiting Lamar Peters, a G League standout who could still be a key, under-the-radar piece for Tom Thibodeau’s rebuilding Knicks.

As we approach draft season later this month and the offseason shortly after that, the Knicks should look to add quality players who can help the recently hired Thibodeau establish a winning culture and finally revive Knicks basketball.

Two of the biggest holes the Knicks need to fill this offseason are a lack of playmaking from the point guard position and poor perimeter shooting. Most of us anticipate the Knicks making point guard a priority in the draft, whether it be Cole Anthony, LaMelo Ball, Killian Hayes, or Tyrese Haliburton. Ideally, the New York would also target three-point shooters in both the late first and second round of the draft, through free agency, and via trades as well.

However, there is one player already in the organization who could potentially fill both of those voids, and his name is Lamar Peters.

Back in February, The Knicks Wall’s Eli Cohen argued Peters has earned a shot at the next level, but unfortunately, the guard never got the chance due to the season being cut short. Now that Thibs is running the show and the Knicks have more time to evaluate talent and construct their roster, don’t be surprised if we see the former DubKnick at the next level in the upcoming year.

Despite the sluggish start to his professional career, the Knicks saw something in him and brought him back on a non-guaranteed contract about a year ago to date. The experienced and talented guard has excelled in the G League, and was one of the most consistent threats for Westchester.

The 22-year-old undrafted free agent and former Mississippi State Bulldog was great in his one season as a Westchester Knick, averaging 17.8 points, 7.3 assists, while shooting about 40% from three, per NBA G League Stats.

By his stat line alone, you can see he checks all the boxes you would love to see on offense from your point guard: effective scoring, ball distribution, and solid outside shooting. These are facets of the game in which current point guard Frank Ntilikina has not been able to produce, for example.

Defensively, Lamar Peters is relatively limited due to his size and is a much more adept offensive threat than a defensive one.

Ntilikina, with his good perimeter defense, and Peters, with his playmaking ability, would complement each other and could be a great double point-guard lineup option for the Knicks.

I was fortunate enough to see Peters play in person a few times this season down in Westchester, and one thing that stood out quickly was that he was a dog. Easily one of the most competitive and locked-in players on the roster, the point guard plays a fiery and tough brand of basketball from tip-off to the final buzzer.

Peters seems like a carbon copy of Isaiah Thomas, who is also a short, lefty point guard with tremendous skill. Like Thomas, who lost his sister in an awful car accident a few years ago, Peters has also endured personal tragedy with the death of his father.

These tough off the court experiences, along with the fact that both have been overlooked at points due to their height, give each player fuel to prove doubters wrong and attack with a unique alpha-like edge that a lot of NBA players lack.

We know Thibs loves small guards and likes to push his guys (probably a bit harder than most coaches), and demands that his players’ intensity levels are always high. Peters is an ideal fit for Thibodeau’s system, and he embodies the motif of toughness that New York City has.

Coach Thibs is a defensive wizard who expects his guys to perform on that end of the floor. Looking back to his days with the Chicago Bulls, guys like Jimmy Butler, Joakim Noah, Carlos Boozer, and Taj Gibson got most of the accolades because Thibodeau put his players in a position to succeed with their defensive schemes.

Peters is an alright defender who can get a little bit jumpy and undisciplined on that end of the floor. Thibs, whose strength is teaching discipline and sound fundamentals, has the potential to help the young guard improve his defense and become a plus in that department.

It’s worth noting Isaiah Thomas had expressed interest in joining Thibs in New York, saying “it would be dope” to play for the Knicks under their new veteran coach, per Bleacher Report.

Regardless of whoever the Knicks end up drafting and/or acquiring in the offseason, Lamar Peters would be a great piece to experiment with at the NBA-level. His strengths are tailored well to the current run and gun, guard-centric style of play in the Association. It can’t hurt the Knicks to see if they have something in the 22-year-old point guard.